A Dublin charity that provides help to homeless people has warned it can only cope with a certain amount of people in a day.

Steven Flood is part of the community engagement team with the Tiglin charity, which runs The Light House on Pearse Street.

It provides essentials for people in homelessness, poverty and addiction.

"We would have seen a 30% increase yesterday," he said.

"So we would have served over 260 to 270 meals - a lot of them would have been to foreign nationals.

"There is a new trend in people coming in in their 50s and 60s, even as far as 70 now, with no English and nowhere to go. 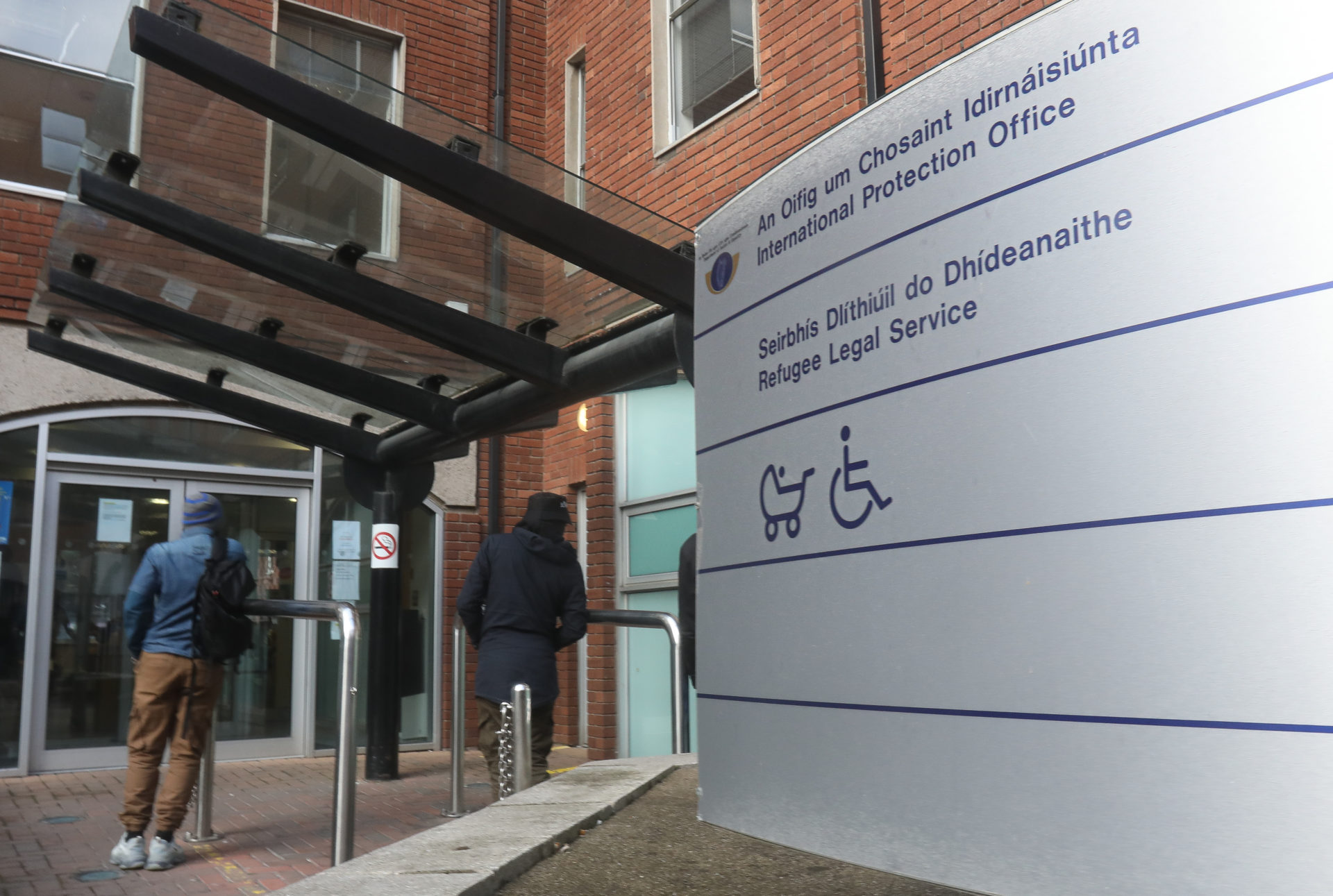 People queue up outside the International Protection Office in Dublin. Picture by: Leah Farrell / RollingNews.ie

"It's very hard on the likes of us as a low-threshold charity, because it filters down and we're finding it very difficult to deal with this influx.

"They're arriving down to us looking for accommodation… there's only so many people that we can help in one day".

Steven said sometimes all they can offer is advice.

"The best thing that we can do for these people is just given them some advice, try help them as much as we can," he said.

"Give them food, sleeping bags, etc".

'There is no place'

Several international protection applicants had to sleep on the streets of Dublin on Tuesday night because the Government were not in a position to provide any state owned accommodation.

The Department of Integration said seven men who arrived here were not provided with State-owned accommodation overnight because there is none currently available.

Two of those men, Mohammed and Tareeq from Syria, slept on the streets and were queueing outside the Office of International Protection in Dublin earlier.

"Arrived yesterday, I slept in the road," Mohammed said.

"Then this morning I come here for looking for somewhere to sleep and eat, of course.

"I stay in a building, like a car station, I just had a seat."

Tareeq said he arrived here on Tuesday: "I think now is bad on the street," he said.

Asked where they will sleep tonight, he said: "We don't know for this time - there is no place."

A number of homeless charities in Dublin have said they are currently bursting at the seams due to the increase of asylum seekers arriving in Ireland.

The Capachin Day Centre has been contacted by the Department of Integration, and told to prepare for an increase of people looking for food this week.

An average of 310 international protection applicants arrive into Ireland each week.