Sending unsolicited, intimate images is a crime under Irish law

One woman who has received unsolicited images of men's genitals says she believes it is a control issue.

The practice, known as cyber-flashing or 'dick pics', has become more common with the growing use of dating apps.

Sending such images is a crime under Irish law.

One woman told Barry Whyte for The Hard Shoulder it seems to be about power.

"One instance stands out to me: it had actually been somebody I had met in person, had quite a lot of back and forth with.

"And they hinted towards that they were going to send one - I stated that I did not want that to happen, and they still sent it.

"I thought in that instance, it was just blatant disregard for what I had asked him to do".

Another woman says this is a regular occurrence.

"I would get on average about one crude message a month from men in relation to them posting images of themselves to me on social media.

"My reaction at this stage, although this sounds terrible, is you're almost desensitised to it.

"People are probably afraid to say anything about it, because at the end of the day what's the point?

"Very little can be done because these people are setting up fake accounts.

"There was one person in Australia that was sending messages, and I had to just block him completely.

"I just have to block people straight away when they send it, which is really the only solution that I see". 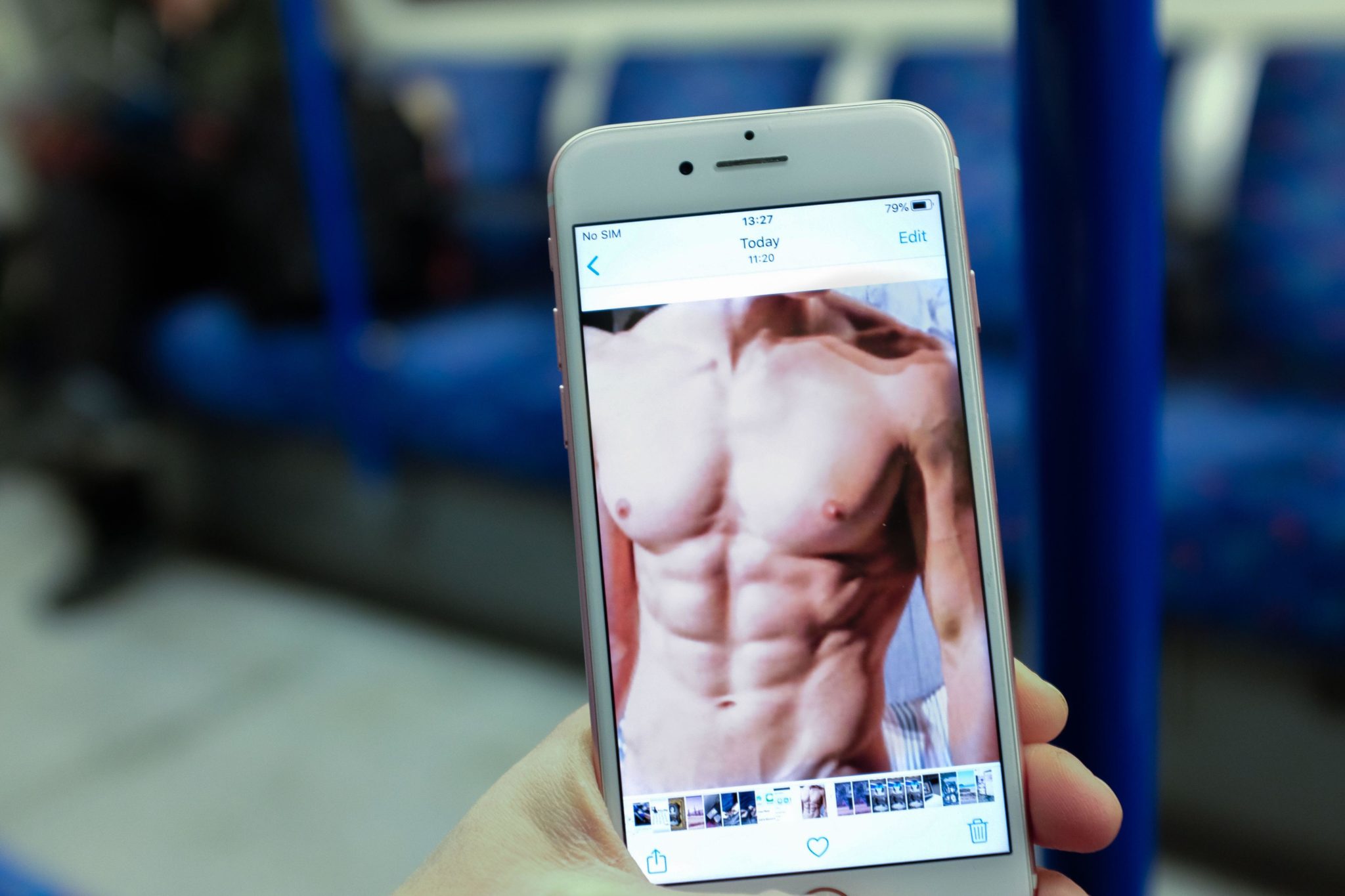 A man prepares to send a photo to stranger in a crime known as cyber-flashing - picture posed by model. Picture by: Katie Collins/EMPICS/Alamy

'It's just an image'

She says the only real way to stop the practice, as she sees it, is legislation to prevent people setting up fake social media accounts.

And she says some women feel like nothing has really happened to them.

"I do know it's illegal, but the problem is it's very hard for anybody to go into their local Garda station [and] show them an image.

"At the end of the day, it's just an image - you feel as if nothing really has been done to you, but it's the start of something that could be really really bad.

"It's almost seen as something that's just very common at the moment, unfortunately".

Another woman, who was also sent such images, says many of her friends have been affected.

"It happened to me just speaking to someone on a dating app - all going well, seemed like a really nice person.

"[We] exchanged phone numbers and then very quickly it just escalated to getting pictures.

"It's affected so many of my friends, they're a little bit traumatised from it.

"You start asking questions to yourself, like 'Why am I getting sent this, did I encourage this kind of behaviour?".

'Not taken as seriously as it should be'

"So under this offence, it would be a crime to send an unsolicited, intimate image."

She says women who receive them should report them.

"They should - because unless there is a realisation of the extent to which this is happening, it's not going to be taken as seriously as it should be.

"I think it's very important that if a woman is sent an unsolicited picture, and they are upset by it, then they should feel free to report it to their local Garda station.

"And if it doesn't seem as if the Gardaí are taking it seriously, they should say that 'Actually I'm reporting it because I believe it is a crime contrary to Section 4 of the 2020 Act'".

And she says those who send the pictures should be aware, too.

"The fact that you didn't know it was a crime that doesn't protect you from a criminal prosecution.

"And the maximum sentence under this offence would be a term of up to two years".

Main image: A man prepares to send a photo to stranger in a crime known as cyber-flashing - picture posed by model. Picture by: Katie Collins/EMPICS/Alamy