Former US President Donald Trump has been accused of misleading authorities about the size and va...

Former US President Donald Trump has been accused of misleading authorities about the size and value of his business.

Mr Trump denies any wrongdoing but Ms James wants the former President to testify in a civil investigation.

David Smith, Washington Bureau Chief for The Guardian, told Newstalk that the news would be a “blow” to Mr Trump:

“It’s still hard to be certain where all this is leading,” Mr Smith said.

“The prospect of Donald Trump in an orange jumpsuit standing trial in a court is still a very long distance away.

“But certainly this was another blow to Trump; in a court filing on Tuesday Letitia James, the Attorney General of New York, said that she’d uncovered evidence of Trump’s company ‘using fraudulent or misleading’ valuations of its skyscrapers, golf clubs and other properties to get loans and benefits.

“One striking example - Trump’s company misreported the size of his penthouse in Manhattan, claiming it was nearly three times its actual size which is a difference in value of about $200 million.

“Sort of humorous in a way because we know Trump likes to boast and exaggerate everything, it’s always ‘the greatest’, it’s always ‘the biggest’ but this time that could land him in some legal and financial trouble.”

In a statement, Ms James said that, "No one in this country can pick and choose if and how the law applies to them.” 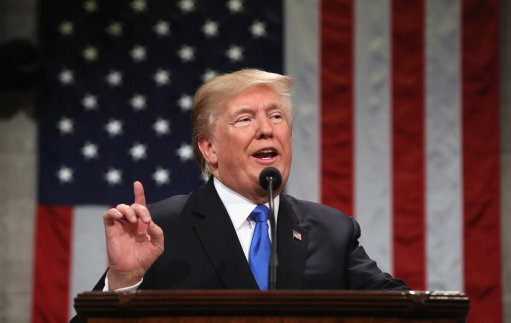 However, David Smith says that for most Americans, the more important question is what Mr Trump as President:

“For most people this still plays second fiddle to what did Trump actually do in office,” Mr Smith said.

“His actions led to hundreds of thousands of deaths arguably on coronavirus and also we have a political investigation currently going on regarding the January 6th insurrection where there might also be some criminal liability.

“So the net is closing in.”