The set decorator of The Crown says scenes that look like they're shot abroad are usually just sh...

The set decorator of The Crown says scenes that look like they're shot abroad are usually just shot in Spain.

She explained that her team is responsible for doing all of the decorating for the huge amount of sets featured on screen every season.

She said: "[That's] the props, the furniture, the fabrics, the lamps... we're in charge of the animals, the guns, the vehicles sometimes, the horses, the carriages, the Corgis.

"It tries to give character that isn't on the page. It's like a supporting actor.

"It should be invisible... it should feel like Princess Margaret lives there, or Diana has that bedroom... it's just trying to make it as natural and seamless as possible."

Alison said the team is lucky enough to have had some "fabulous locations", including "fantastic stately homes".

While it can be a big advantage having a "base layer of architecture" to build on in those stately homes, she also said the teams can have "more fun" in totally taking over a space when they have a full studio to play with.

Regardless of the set, the ultimate trick is to convince the viewer that the place is genuinely where the characters live, work and visit.

Alison said: "If you find yourself watching it and not noticing the background, you know the whole production has turned out well... I'm enjoying it myself, which is always a good sign I think." 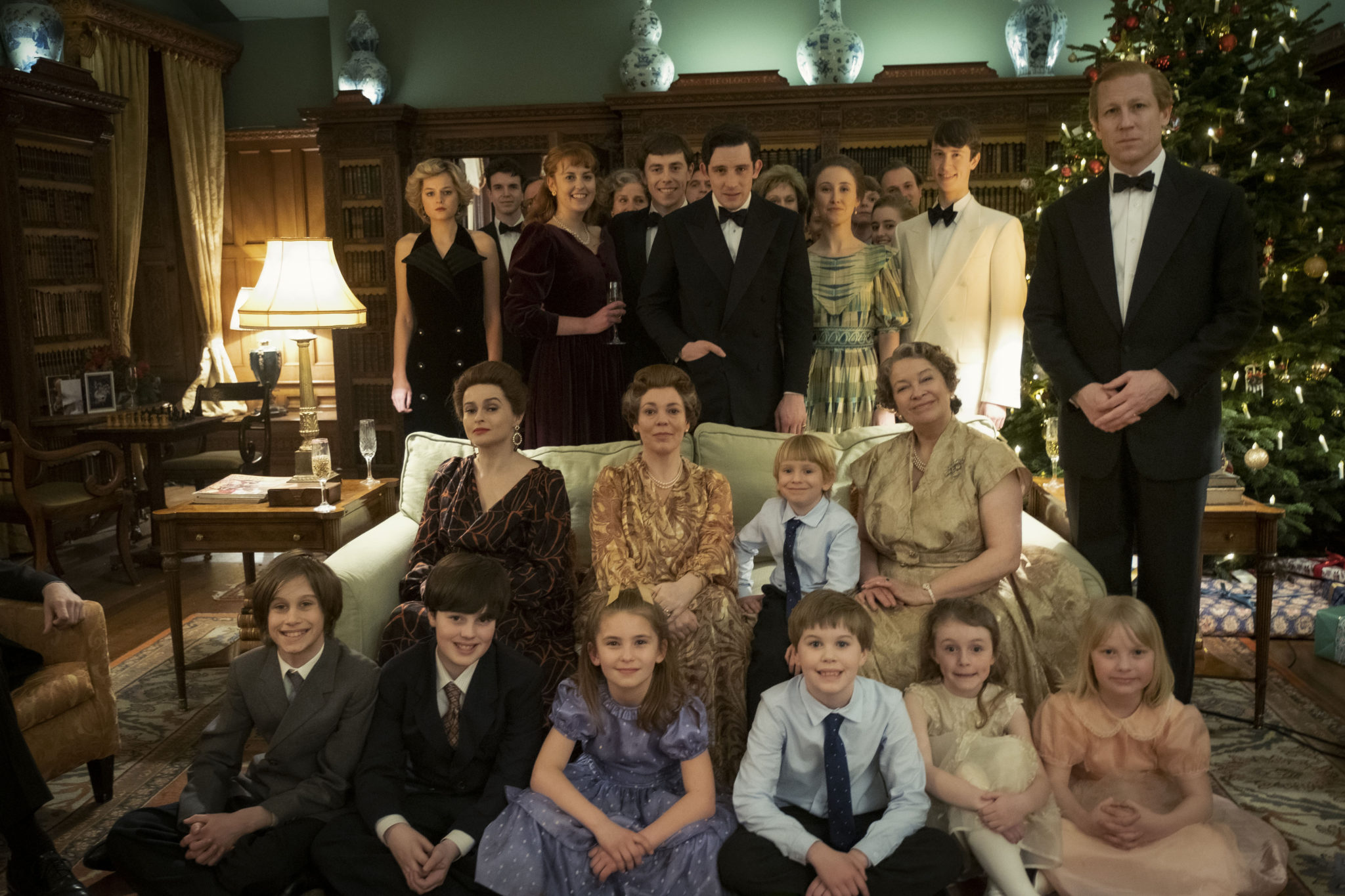 And what of the cast? Do they sometimes take a particular liking to some of the props?

"She asked for a cushion that you see on her bed... she asked us to make one [after] she found an original archive photo of Princess Margaret holding, saying 'it's not easy being a princess'".

The Crown is a big-budget production, and given it focuses on the story of the British royal family in the late 20th century there tends to be plenty of globe-hopping.

However, like most blockbuster productions, the crew aren't necessarily travelling to all the places the characters do.

Alison explained: "We did do South Africa in season one which was amazing. But subsequently everything that looks like it's abroad is usually in Spain. It serves very well - we did Mustique there, and Australia.

"I really enjoyed Australia - there's a scene in that episode where Charles and Diana have a massive argument in a hotel room.

"That was a really, really boring town hall on the outskirts of London - we managed to make that over and make it quite good, I think."

Alison is currently working on a film, but in March she's due back to start work on season five of The Crown - which will see Imelda Staunton take over the lead role as Queen Elizabeth.

Alison said: "It's continuing with the Diana story... just after Thatcher resigns. The Blair years I suppose."

However, she has no extra hints about viewers can expect beyond the actual history of the time - saying she hasn't yet seen the scripts or been on the location.

For more on The Crown, make sure to check out The Crown Cast, where Ciara Kelly sits down with guests each week to go through the fourth season of the show episode-by-episode.