The Government's "slow" approach to implementing mandatory hotel quarantine is "better late than ...

The Government's "slow" approach to implementing mandatory hotel quarantine is "better late than never", according to an Independent TD.

Cathal Berry, a TD for Kildare South and retired Senior Medical Officer with the Defence Forces, said the operation is likely to be "scaled up" in the coming weeks.

The Government added 26 countries and states to its mandatory hotel quarantine list on Thursday.

All passengers arriving in Ireland must complete a COVID-19 Passenger Locator Form, and provide evidence that they have a negative or 'not detected' result from a COVID-19 PCR test carried out no more than 72 hours before arrival.

While people who are travelling from or through any of the higher-risk states must also pre-book and pre-pay for a place in a designated facility for mandatory hotel quarantine.

All other travellers are required to quarantine at home for 14 days - however, if they take a further PCR test on day five and if this is reported as 'not detected' they can end their quarantine.

France, Germany, Italy or the US were not added to the list despite health officials originally recommending adding a total of 43 states.

The Government delayed on 17 of them while issues around hotel capacity and the Common Travel are considered. 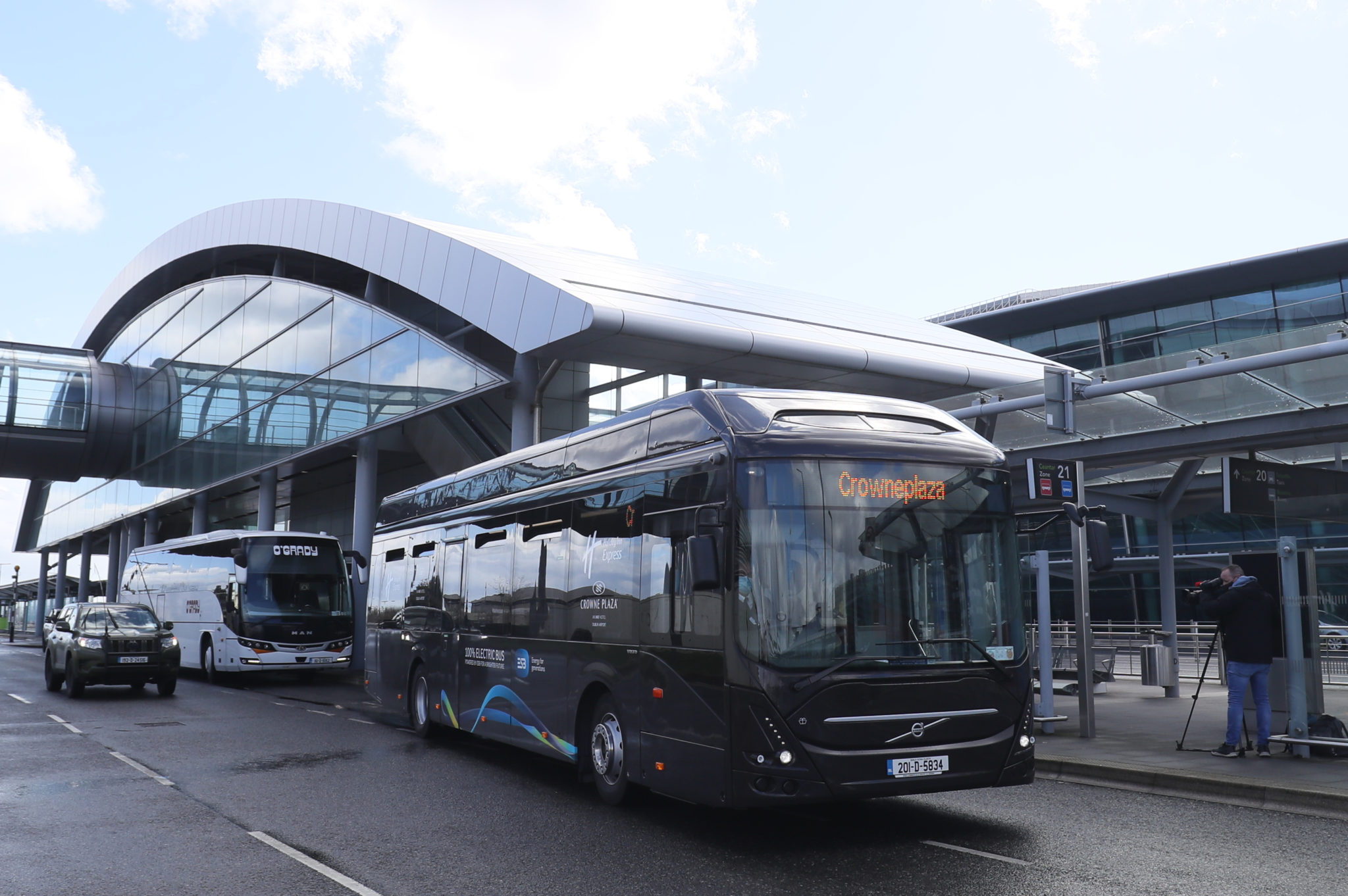 A bus with a defence forces escort transports passengers arriving from one of 33 high risk countries from Terminal 2 of Dublin Airport to the Crowne Plaza Hotel, Santry, last Friday. Credit: PA

Speaking to Sean Defoe on Newstalk Breakfast, Deputy Berry said the operation of mandatory hotel quarantine is complex which is why the implementation of the system has been so slow.

"There's 33 countries on the list at the moment, an additional 26 will be added next week, but I think the direction of travel here is that more countries will be added and for good reason as well, as it's so important to keep variants and COVID-19 in general off this island for as long as possible.

"We have been slow for sure, NPHET have been calling for this for nearly nine months at this stage.

"But we must remember we're one of the first EU countries to bring it in, and you can see all the teething problems with mandatory hotel quarantine at the moment and that's why we're been so slow because it is complex from an operations point of view.

"It's very easy to call for something to happen but the implementation or operation of it is much more complex.

"It's better late than never to get it up and running and it is most likely to be scaled up over the next few weeks."

Swab samples analysed at the Enfer lab nearby. Great to see a local solution to a local problem.

Beating Covid one swab at a time💪

Deputy Berry has also played a part in the rollout of the COVID-19 vaccination programme since it began and spends one or two days a week administering the immunisations.

"It's great because it gives you an idea and a sense of what's happening on the ground and so when you return to the Dáil you can give an informed view in relation to what's actually happening rather than what's perceived to be happening," he said.

He acknowledged that a "small bit of confidence" in the programme has been undermined following revelations about the administration of vaccines from the Beacon and Coombe hospitals.

Despite this, he believes people are "generally happy" with how the rollout is progressing.

"Next week, we're going to breach the threshold of one million vaccinations, one million doses will have been administered by next week," he added.