Taoiseach Micheál Martin has said he is committed to holding a referendum on a woman’s place in the home.

Article 41.2.2 of Bunreacht na hÉireann places an obligation on the State to "endeavour to ensure that mothers shall not be obliged by economic necessity to engage in labour to the neglect of their duties in the home".

Mr Martin told the Oireachtas Committee on Gender Equality he is committed to a vote on the clause.

"I know the committee has been actively engaged on the Citizens’ Assembly recommendations for Constitutional change," he said. 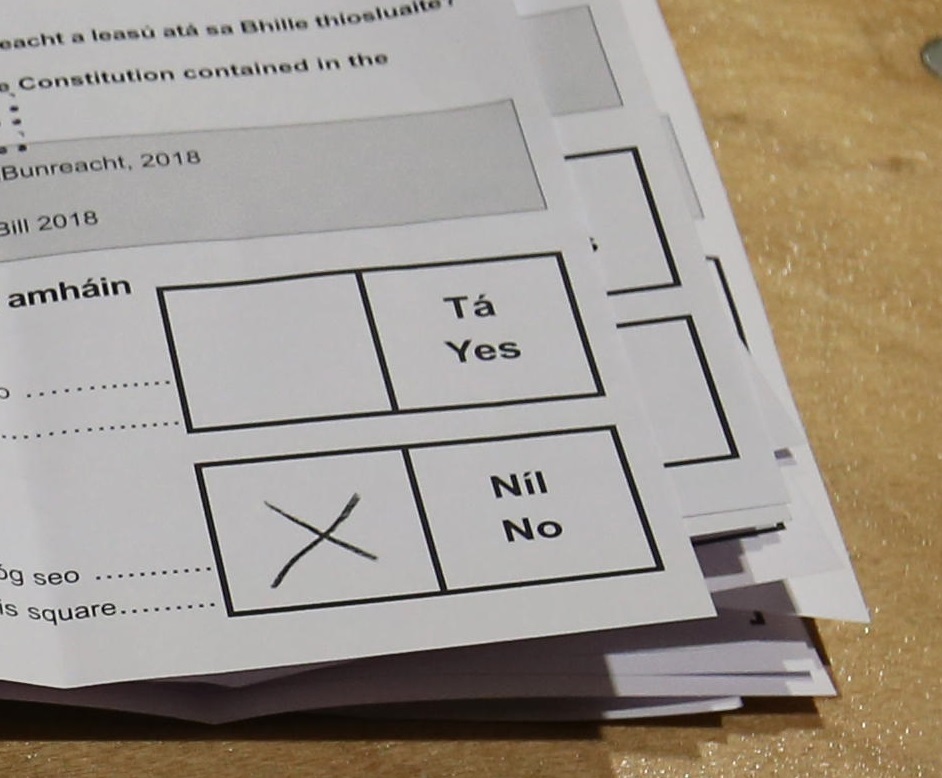 A ballot paper is seen marked during a referendum vote count at the RDS in Dublin in May 2018. Picture by: RollingNews.ie / Alamy Stock Photo

"This is a complex area and the position paper developed by this committee is very welcome and will help to inform the development of Government proposals.

"I know the specific proposals are being considered by Minister O'Gorman at present and all the various complexities notwithstanding, this Government is committed to holding a referendum on Article 41.2 on Bunreacht na hÉireann," he added.

A Citizens' Assembly previously recommended that the clause be deleted and replaced.

Plans for a referendum were put on hold back in 2018 due to a lack of time for the consideration of legislation, and for a Referendum Commission to do its work.

"I believe the article, which seeks to define where women belong in Ireland as being in the home carrying out duties, is not just sexist and reductive, but completely at odds with the government's gender equality policies," he said.

Feminism 'has huge problem' wanting women to work outside the home