A man who was a drug addict and homeless for a decade said he decided to get help after a woman t...

A man who was a drug addict and homeless for a decade said he decided to get help after a woman talked to him 'like he was a human'.

Kenny Eivers now works as a Dublin tour guide after being homeless "on and off" for 10 years.

He told Lunchtime Live he wanted to shine a light on the homeless crisis.

"I was basically homeless for 10 years, so I kind of know the streets inside out.

"The tour is I start in Dublin Castle, and I bring people around and I give them a bit of history, and I talk about the homeless crisis and that."

"I talk about my time being on the streets".

On this, he said: "I was basically in drug addiction - I came out of prison, I had nowhere to go

"Basically I ended up on the streets.

"When I walk around the streets now I see people sitting in doorways and that, and I see a lot of people walk by them and they purposefully turn the other way.

"I just kind of decided that these people have a voice, and when I was offered to do the tours I says 'Right I'll do it, I can shine a light on the crisis'.

"At the moment it's starting to come back out again, there's a lot of people on the streets again.

"The Government just keep on pushing it under the carpet - it's basically a numbers game for them.

"But by my doing this I can show people the other side of Dublin". 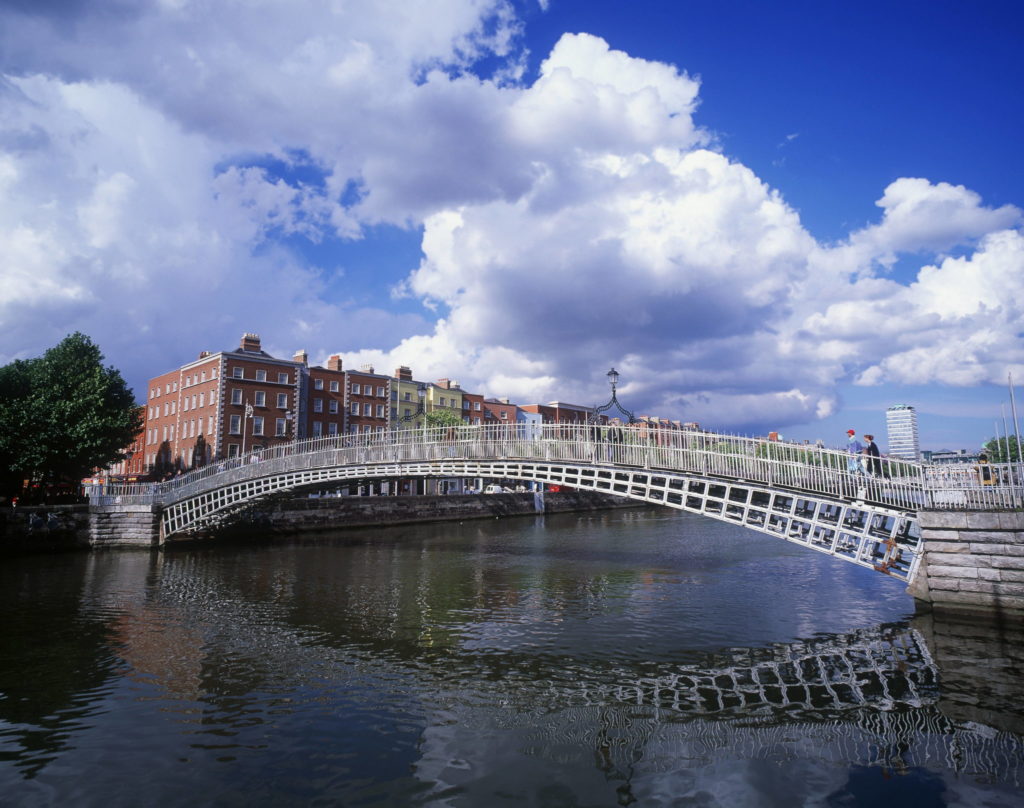 The Ha'penny Bridge is seen over Dublin's River Liffey in 2007. Picture by: The Irish Image Collection/Zuma Press/PA Images

"Basically I was just sitting in the streets one day and I was really bad, like.

"And a lady who works in Coolmine - Coolmine's a therapeutic community, they do a day programme, they also do treatment centres - she seen me in the doorway and she kind of offered her hand out and she talked to me like I was a human.

"I hadn't got that interaction with people for a long time.

"It just lit a little spark in me; and then I decided then I done the day programme, I stabilised on my methadone, I done that for a few months and I went to a treatment centre."

"I went back into Coolmine then drug free for six months and I done a bit of work on myself.

"And then that's kind of like how it started.

'Do or die moment'

"It was kind of like a do or die moment: continue the way I was and be dead within a year, or get up and do something about it, and I did".

"It kind of started off as a little bit of banter: he was doing it and I seen him doing the interview and I said 'Ah I can do that'.

"And then when I start doing it and started studying the history of Dublin that I was thinking 'I can actually do this'.

"I've done a couple of practice tours, and I done my first tour there last Sunday and it went well.

"I got lot of feedback at the end of it".

His housemate, Shane, said: "How I found out about it was when I was in this treatment centre I picked up the newspaper one day and I seen an article with an old friend of mine in it and I seen what he was doing.

"And I think everyone on the streets has a story to be honest with you.

"I knew straight away I wanted to do that, you know."

He explained that it is done through the Dublin Simon Community, which supports them.

More information can be found on www.secretstreettours.org