Talented girls are overlooked because of naughty boys, says expert

Talented young girls are being overlooked because of the bad behaviour of boys, the director of D...

Talented girls are overlooked because of naughty boys, says expert

Talented young girls are being overlooked because of the bad behaviour of boys, the director of DCU’s Centre for Talented Youth in Ireland (CTYI summer camp) has warned.

Girls are far more likely than boys to score top marks in the Leaving Cert and constitute a majority of students in top courses - such as medicine and law.

Despite this, Dr Colm O'Reilly says roughly 80% of young people labelled ‘gifted’ are boys and that is simply because they are louder and get noticed quicker.

“They [boys] come to the forefront quicker in relation to the fact that they might be slightly disruptive in school because they feel bored or unchallenged,” Dr O’Reilly explained to Newstalk.

“Whereas there are equally bright girls out there who are equally fulfilling a kind of stereotype in that regards and being well-behaved and not causing trouble and therefore they’re not as easy to identify - particularly at a young age.” 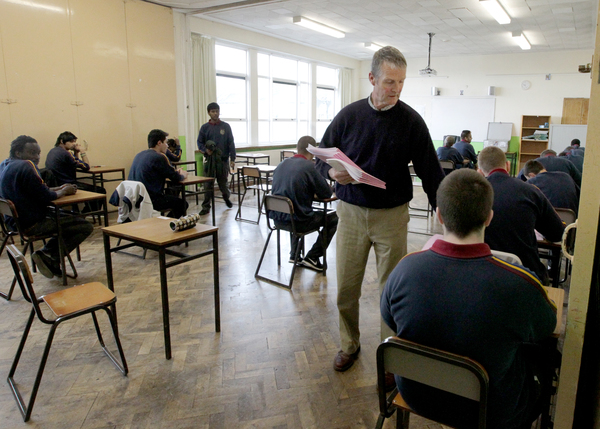 “There would be an expectation for kids to meet a certain criteria and therefore then, once they’ve achieved that, the teacher will then concentrate on making sure everybody gets to that level.

“And the kids who already know it or have done it before are then left to their own devices in that regard.

“And sometimes then boys can be very bored in a school context and think, ‘I’m not learning anything’ and be complaining about that and would come to the attention of a teacher quicker than a girl.”

Dr O’Reilly said that talented kids are usually those that ask a lot of questions or have acquired an impressively in depth knowledge on a subject.

“[They are] kids who very curious about certain things and who ask a lot of questions,” he added.

“That’ll be very familiar to a lot of parents out there with their kids asking them, ‘Why is the sky blue?’ ‘Why is the grass green?’

“Those types of things - questions which are very difficult to answer as a parent.

“And then kids who really know a lot about certain things… sometimes it’s dinosaurs or things like that.

“But other times it can be computer games and they would know really intricate knowledge related to that.”

Main image: Students in a lesson at school. Picture by: PA.