The President of the USI, Clare Austick, has welcomed news that the Government is considering a c...

The President of the USI, Clare Austick, has welcomed news that the Government is considering a cut to third level fees.

Currently, Irish students pay €3,000 a year - with those from poorer backgrounds entitled to free fees.

When Fine Gael and Labour came to power in 2011 the charge stood at €2,000 and it was increased gradually over the lifetime of the Government.

However, the Cabinet Committee on Economic Recovery and Investment is now considering whether to cut fees and increase the student grant:

“This is something that we would have been calling for for a number of years,” Ms Austick told Newstalk.

“Each year we would have run a campaign around higher education funding and the need for an immediate reduction in the student contribution charge with a view to long term publicly funding our higher education system.

“So this is a very much welcomed step in the right direction.” 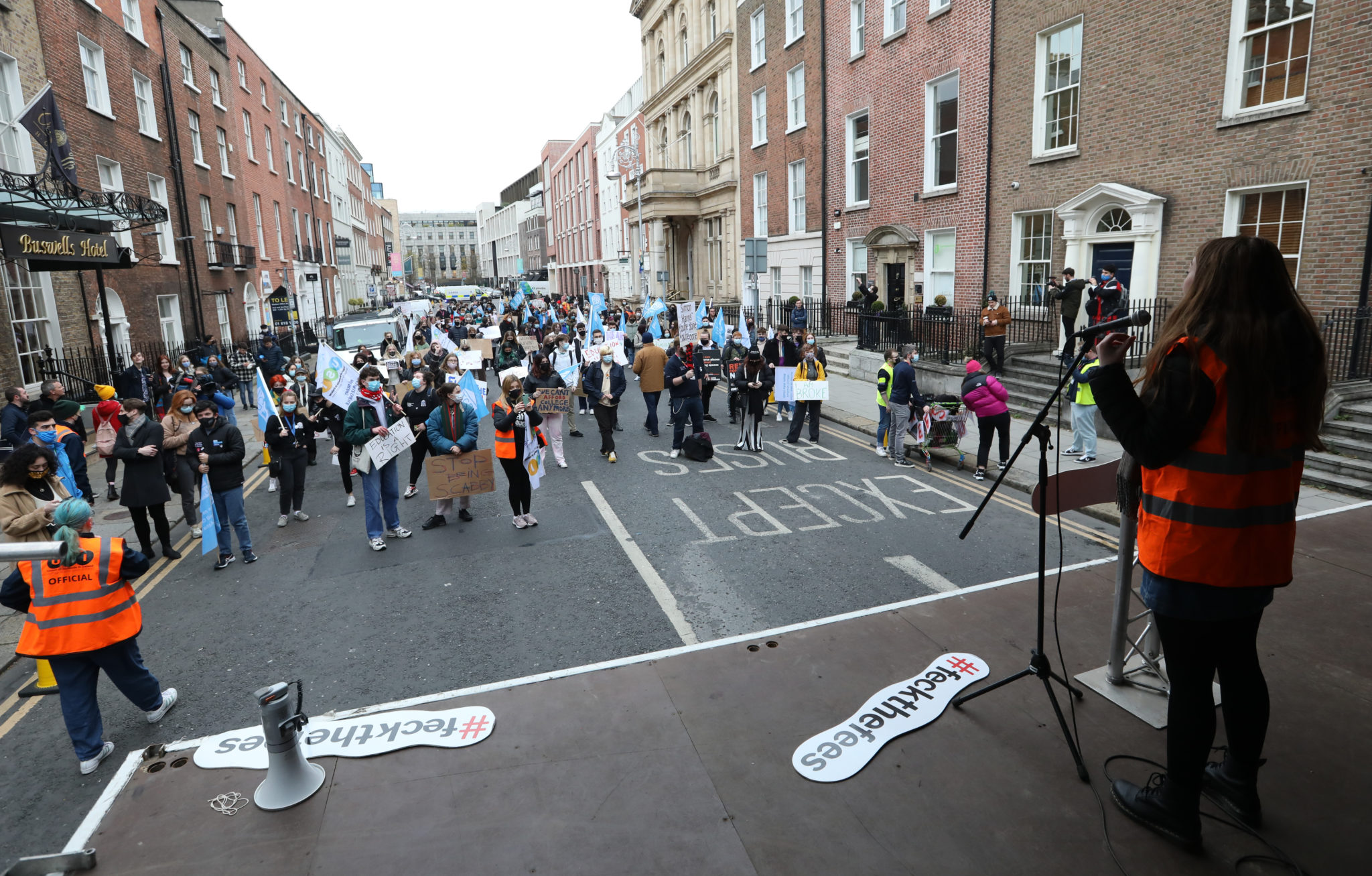 Report due in January

The report is due out in January and is expected to recommend that state funding for higher education be increased by between €350 and €400 million above existing levels.

A spokesperson for the Government said that Higher Education Minister Simon Harris will then, “engage with Minister [for Public Expenditure and Reform] McGrath with a view to bringing proposals on future funding of higher education alongside reform measures in January.

“This will be accompanied by proposals on the cost of third level for the student.”

It is estimated that every €500 cut to third level fees would cost the state €40 million annually.

An alternative would be for the Government to introduce a system similar to the one in Britain; students would take out a loan instead of paying fees up front and would repay the exchequer once they earn over a certain income level.

However, the spokesperson said the Government had decided that such a system would, “not be further pursued as a viable option for a sustainable future funding system for higher education in Ireland”.