A majority of Northern Ireland assembly members have signed a letter voicing their support for th...

A majority of Northern Ireland assembly members have signed a letter voicing their support for the Brexit border backstop.

It comes as the UK Prime Minister Boris Johnson continues to demand the removal of the mechanism, designed to prevent a hard border in Ireland, from the withdrawal agreement.

He is in Paris this afternoon, where French President Emanuel Macron warned him that the backstop is an "indispensable guarantee" to protect stability in Ireland.

The letter to the European Council President Donald Tusk was signed by 49 of the 90 elected members of the Stormont executive – a 54.44% majority.

It notes that with the UKs scheduled departure date fast approaching, the signatories have “grave concerns” over the increasing likelihood of a no-deal Brexit and the “impact this would have on our economy, our border and community cohesion.” 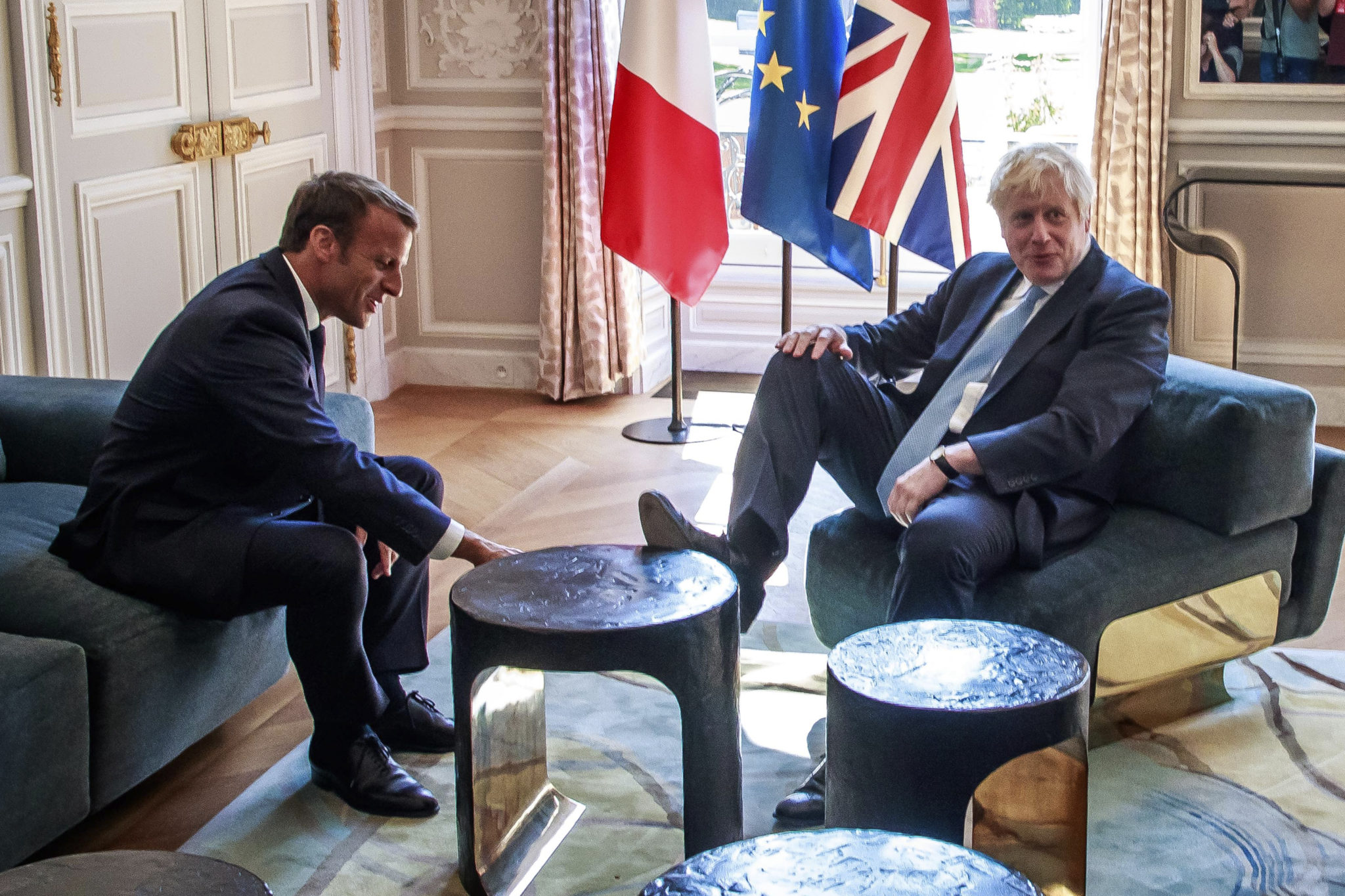 “It is our view that the progress made in developing integrated and enduring relationships on this island, politically, economically and socially, over the last 20 years is far too important to abandon,” reads the letter.

“Particularly at a moment when those relationships are being tested.”

It warns that the backstop is “necessary to preserve the progress that we have made” in Northern Ireland.

“We trust that the approach adopted by the European Institutions to defend all that we have achieved will continue in the weeks ahead,” it reads.

The letter notes that Northern Ireland’s civil service expects a no-deal scenario to lead to the loss of 40,000 jobs in the North.

It also points to British Government analysis which predicted “significant disruption” to supply chains across Ireland making “cross-border trade in our agri-food sector virtually impossible for many operators.”

It also notes that the UK Government has admitted that the “border that has underpinned our political settlement would be unsustainable within months.”

A majority of MLAs has written to President of the European Council @donaldtusk @eucopresident today to confirm our support for the backstop.

We have urged the European Union to continue to defend all that we have achieved.

It comes after a poll released last weekend found that almost three-in-five voters in the North would support the original Northern Ireland-only backstop.

The LucidTalk poll found that an overwhelming number of nationalists, a clear majority of Green Party and Alliance voters and one-in-six unionists support the plan.

The plan, which would have seen a joint UK/EU customs territory established in Northern Ireland, was originally agreed to by Downing Street in December 2017.

However, it was shelved after the DUP claimed it would create a ‘border down the Irish Sea.’

That led to the British Government’s insistence that the backstop include the entire UK.

The Stormont Executive has not sat for over two-and-a-half years due to the ongoing political impasse in the North.

“With no functioning Executive or Assembly currently in place in Northern Ireland to give expression to the democratic wishes of people here, we write to you to confirm our support for the backstop contained within the Withdrawal Agreement and Political Declaration,” the letter reads.

"Eye of the storm"

Meanwhile the Tánaiste Simon Coveney is visiting five European capital cities in the coming days to discuss Brexit and underline the importance of the backstop.

He met with the Danish Foreign Minister Jeppe Kofod in Copenhagen this morning.

Speaking after the meeting, he said the ongoing deadlock over the backstop has left Ireland “in the eye of the storm.”

“Of course we want to try and find a way to make a deal here before the end of October,” he said.

“There are parameters that we have to operate in. There are commitments that have been made that need to be followed through on.

“Ireland unfortunately is in the eye of the storm here because it is issues on the island of Ireland that seem to be the source of disagreement at the moment.

“So we will work to try to change that but I do want to make it very clear that the withdrawal agreement is not up for renegotiation.”

He said Ireland is Britain’s “closest neighbour and closest friend,” even if the history between the two countries was “at times very tragic.”

“Brexit is an extraordinary disruptor,” he said. “We know that.”

“That is why the complexity of this negotiation and the agreements that have been made between the UK and the EU are so important and the delicate balance that was struck to get agreement on a withdrawal agreement is something the EU is not willing to unwind.”

He said the EU was willing to listen should the UK come up with any “alternative arrangements that can do the same job” as the backstop – but warned that the “deals that have been put together through many, many hours and days and weeks  and months of negotiation are not going to be brushed aside now in an effort to get a deal.”