A ceremony to mark the anniversary of the 1916 Easter Rising has taken place outside the GPO in D...

A ceremony to mark the anniversary of the 1916 Easter Rising has taken place outside the GPO in Dublin city centre.

The event on O'Connell Street was led by the President Michael D Higgins, An Taoiseach Leo Varadkar and the Minister with Responsibility for Defence, Paul Kehoe.

Guard of Honour marching into place for the 103rd Anniversary of the 1916 Rising at the GPO. Ceremony starts at 12.00 #easter1916 #StrengthenTheNation pic.twitter.com/vk9fJZL0Es

A brass band, a pipe band and representatives of the Army, the Air Corps and the Naval Service were also in attendance.

At noon, the Tricolour on top of the GPO was lowered and the 1916 Proclamation was read by Captain Paul Conlon from the Defence Forces. 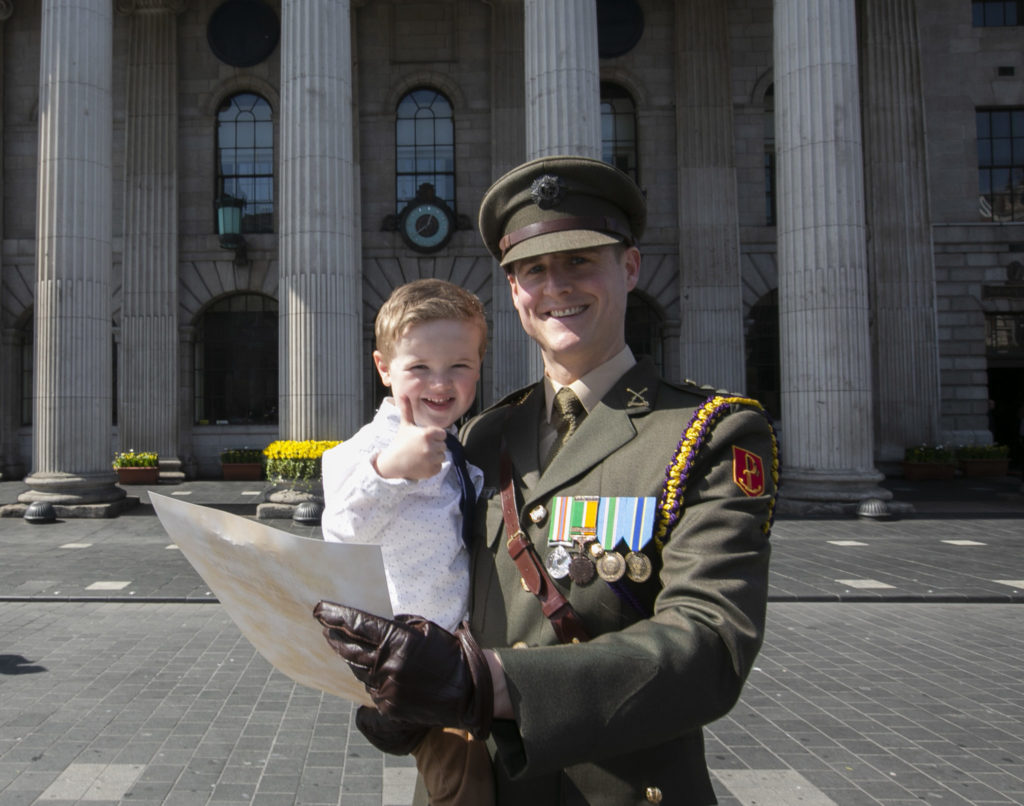 Defence Forces Captain Paul Conlon with his son Cenan (3), after reading out the 1916 Proclamation outside the GPO on O'Connell Street in Dublin | Image: Sam Boal /Rollingnews.ie

President Higgins then laid a wreath, to commemorate those who died and a minute's silence was observed.

An Taoiseach, Leo Varadkar arriving at the GPO to attend the 1916 Commemoration Ceremony with the @PresidentIrl Michael D. Higgins & Sabina Higgins, the Lord Mayor of Dublin & MoS Paul Kehoe in Dublin this morning. pic.twitter.com/SZisCb3p7C

Members of the public also attended the ceremony, with public viewing areas having been set up outside the GPO.

Large video screens were erected on either side of the GPO.

The event concluded with a fly past by the Air Corps. 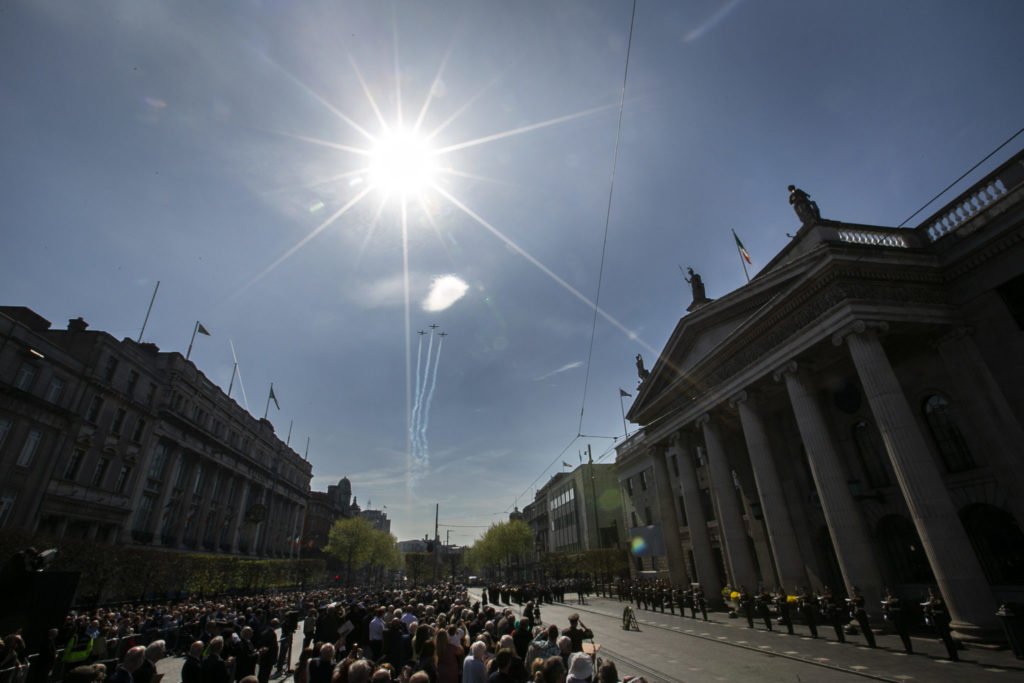 Irish Air Corps fly over as members of the Defence Forces, Navy and Air Corps as well as Government officials, attended the annual anniversary of the 1916 Easter Rising outside the GPO on O'Connell Street, Dublin | Image: Sam Boal /Rollingnews.ie 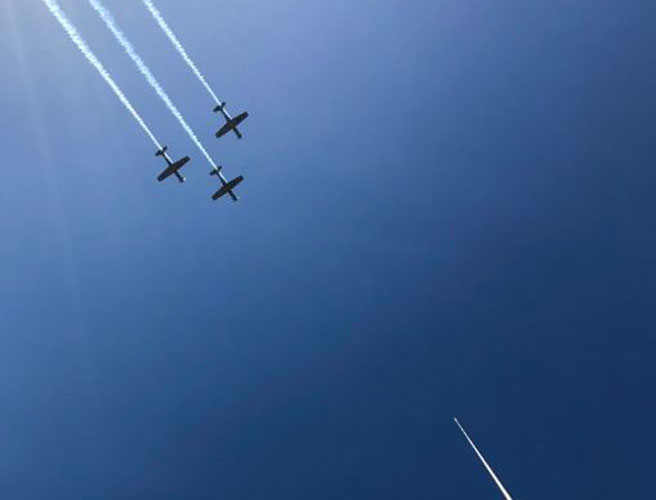 Honoured to lead the annual Easter Rising Commemoration this morning at Glasnevin Cemetery, paying tribute to those who died for Irish freedom 103 years ago..🇮🇪

The Chargé d'Affaires at the British embassy in Dublin, Catherine Page, also laid a wreath to remember all the victims of the Easter Rising.

Catherine Page, Chargé d’Affaires @BritEmbDublin today laid a wreath to remember all the victims of the Easter Rising in 1916 pic.twitter.com/AHgERwG4aH