The unmanned SpaceX Dragon capsule has splashed down after a five-day stay at the International Space Station.

It is the first time a commercial space craft capable of carrying humans has successfully docked with the ISS and returned to Earth.

The success of the mission has potentially huge implications for the US space programme – as it could end NASA’s reliance on Russian rockets to transport its astronauts to the station.

The capsule – carrying a dummy called Ripley – reached hypersonic speeds and experienced extreme temperatures as it descended towards Earth, splashing down in Florida at around 08:45am local time.

Successful splashdown of the #CrewDragon right on time at 8:45 a.m. ET. pic.twitter.com/0qHhHzD4Js

Its fall was slowed down by four massive parachutes and it was intercepted around 200 miles of the Atlantic coast by the SpaceX 'Go Searcher' recovery ship.

Teams aboard the ship then used a crane to pull the spacecraft out of the ocean.

The rocket made 18 orbits of Earth before Dragon docked with the ISS on Sunday morning.

The dummy was wearing sensors around its head, neck and spine to monitor how a flight would feel for a human.

The capsule was also carrying around 181kg of supplies and gear. 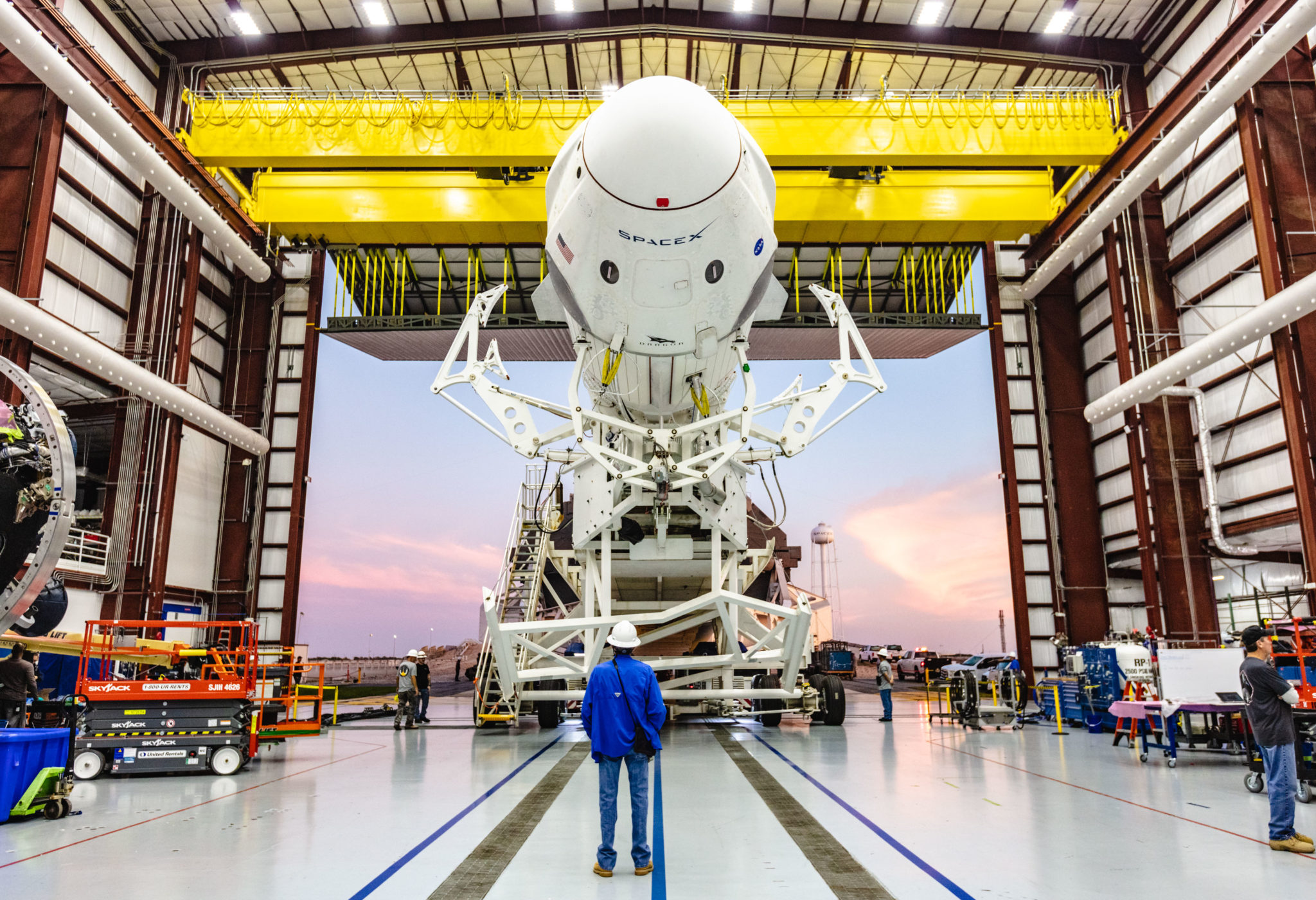 Astronauts on-board the station spent the last five days running tests on the capsule to ensure it is safe to carry humans.

The @SpaceX #CrewDragon hatch closed at 12:39 p.m. EST! Next up is undocking from @Space_Station which will take place at approximately 2:30 a.m. EST March 8. pic.twitter.com/Z6EzUeAsgC

NASA has been reliant on Russia to ferry its astronauts to the space station – at a cost of around $80m (€71.2m) per ticket - since the US space shuttle was retired in 2011.

SpaceX has been locked in a commercial space race with Boeing to build the first rocket and capsule systems capable of carrying astronauts since 2014.

Boeing plans to launch its unmanned Starliner capsule as early as next month - with a crewed mission possible in August.

Beautiful view of the @SpaceX #CrewDragon as it successfully undocked from the International Space Station pic.twitter.com/ycnkagpJbx