Soothers can prevent children from learning how to regulate their emotions, according to a leading family psychotherapist.

On The Hard Shoulder this evening, Richard Hogan, Clinical director of Therapy Institute said parents should not introduce children to soothers in the first place.

He said children are pre-programmed towards soothers and thumb sucking as soon as they are born; however, if they are never given a soother, they will never know they miss it.

“What you want is you want your child to be able to satiate themselves,” he said. “When they look for external factors constantly to satiate feelings of sadness or feelings of stress, they will never learn how to regulate their own emotions and feelings.

“So, it is very important that you help your child if they are excessively sucking a soother.” 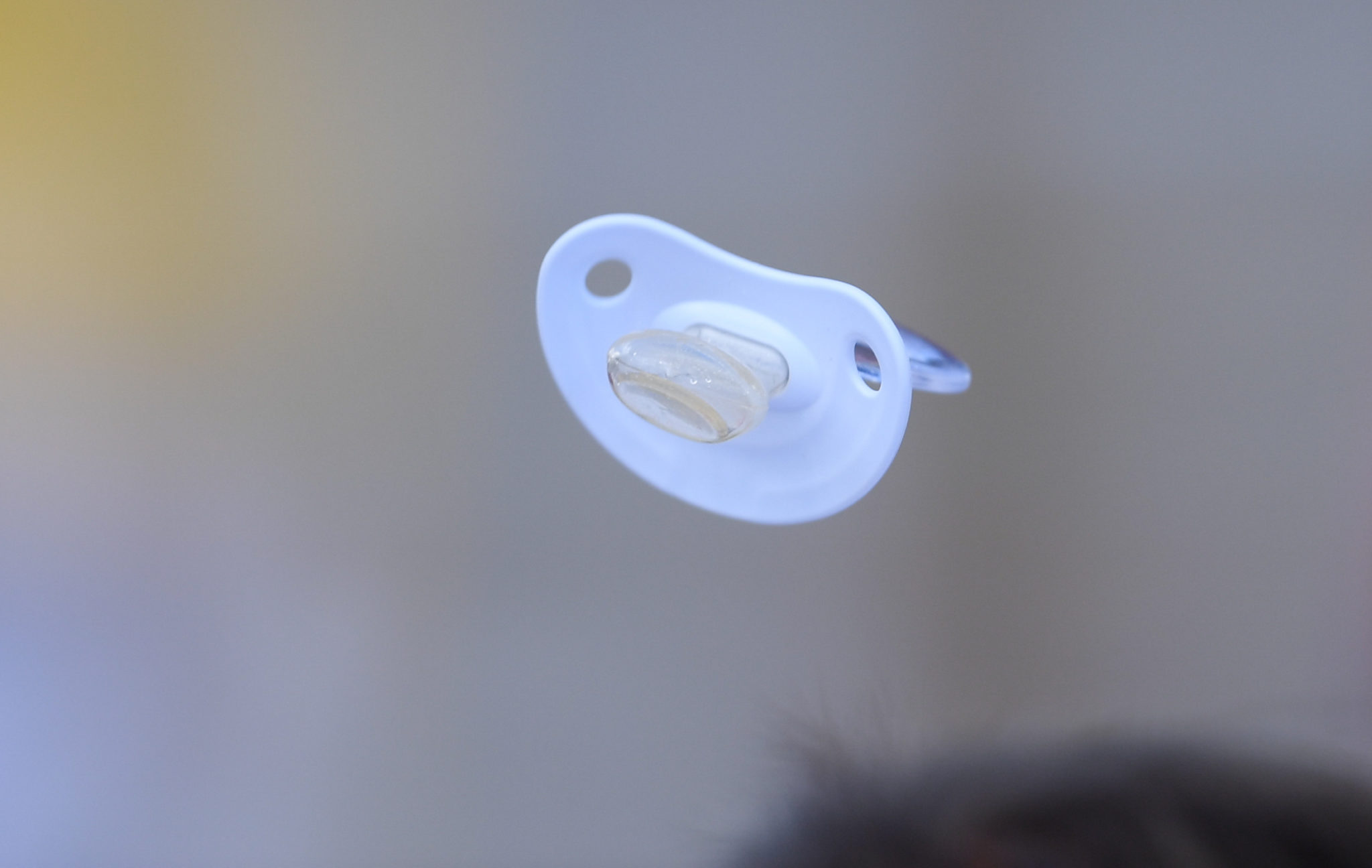 A soother flies through the air during the World Soother Spitting Championship, 11-08-2018. Image: Arne Dedert/DPA/PA Images

He said it is very important for parents of a child who is over reliant on a soother to “step in there and find out what the trigger is.”

“What is it for them that they are satiating that anxiety with a thumb suck or a soother suck? Because it could turn into something else,” he said.

“They could turn to their hair or something and then you will have something like trichotillomania where the hair falls out.

“It is very important that you talk to them and you reassure them. You don’t overreact to it, I mean, if it is gone by three of four, what harm did it do? Nothing whatsoever but if it is persistent and it is staying, then I would say it is something to look at.”

Mr Hogan said over-reliance on a soother can lead to serious dental problems in later life and insisted the peace and quiet and parent receives is “something of a Trojan horse.”

“I would be down again putting the soother in going, ‘this is such a maladaptive thing for me to be engaged in at my age, never mind the child.’

“We bring them into their lives let’s be honest. They don’t come out looking for a soother. They come out with the reflexes so if we give it to them, they are going to take it.

“So, it is a bit of Trojan horse giving it to them because it brings in a lot more hassle, I think, than it is worth.”

He said children naturally need reassurance as soon as they are born – but insisted there are better ways to offer them that then by giving them a soother.

“The child has come out from the darkness of Plato’s Cave and it has come into the world. It is a scary place, they look to be satiated and they look around to see the environment is safe,” he said.

“They will learn to satiate themselves. You are not depriving them; you are giving them the skills to regulate their own feelings.”

Should families with more children get more tax breaks?