The proposal has caused enormous concern to people in County Meath and thousands turned out in Navan this afternoon to protest against the closure:

“The A&E in Navan is by far the most important piece of health infrastructure that we have in the county,” Deputy Toibín told Newstalk.

“Thousands of people are alive in Meath today as a result of the A&E and Meath is a growing county; the last census put the population at 220,000 - 5,000 more people are living in Meath every year.

“And, if the Government proceeds with closing the A&E, people will be forced to go to Drogheda, to Connolly and other hospitals which are already suffering from overcrowding.” 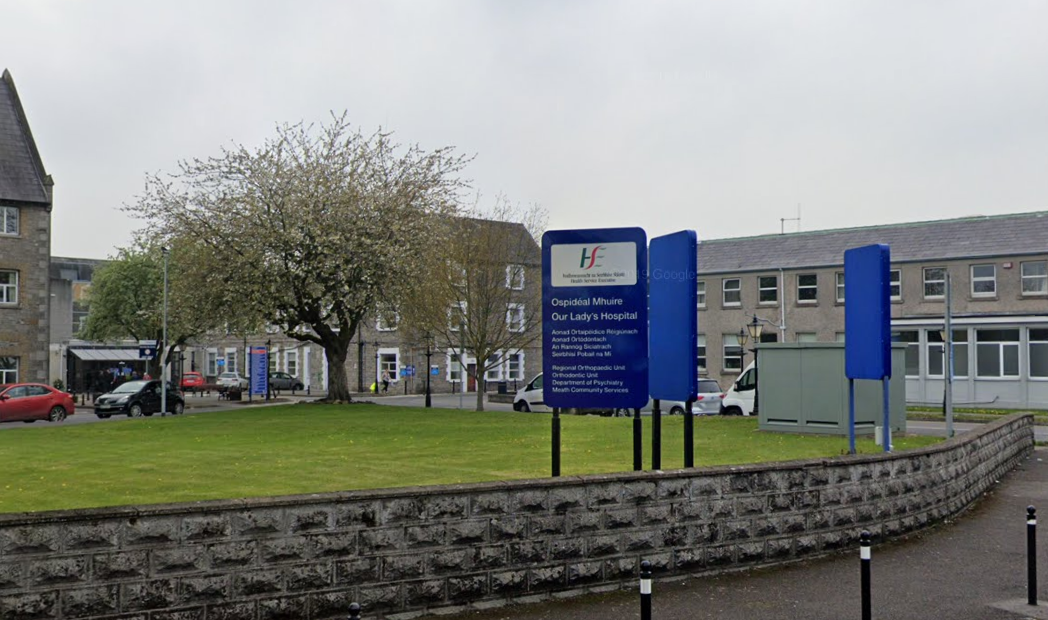 “Overcrowding is bad for health and it’s dangerous to life.

“It’s estimated that 350 die every year in this state due to to A&E overcrowding, so we in Meath are going to fight tooth and nail to keep the hospital A&E open but also to get investment in it.

“It needs investment in terms of acute surgery services to make sure that it is amongst the best and safest in the country.”

Among the crowd determined to save the hospital was Alexei, a Ukrainian refugee, who has only been in Ireland for two months:

“I received this leaflet today about the rally today and came here to support,” he said proudly.

Delighted to be here in Navan to show solidarity with those out in huge numbers to defend services at Navan Hospital. @sinnfeinireland stands with the community in wanting to protect & enhance services at the hospital. Cutting services is not a solution. @rtenews @VirginMediaNews pic.twitter.com/geifb9MHOF

However, Taoiseach Micheál Martin disagreed with the characterisation that the hospital is being downgraded.

“I think the phrase ‘downgrading’ is the wrong phrase in the first instance,” he told RTÉ.

“Healthcare is about investment and if you look across the country we’ve invested consistently over the years in many hospitals where similar arguments were made about downgrading.

“So investment will continue in our healthcare facilities including Navan.”

Tell parents 'the full truth' in relation to Down Syndrome, father appeals