Retailers will be hoping for a boost, following a sixth consecutive month of decline in retail sales

The post-Christmas sales have kicked off across the country.

Bargain hunters have been out since early morning hoping to save money on luxury items.

Brown Thomas and Arnotts were among some of the first shops to open their doors - after an online sale preview on Christmas Eve.

These people were queuing on Dublin's Grafton Street earlier.

"I'm looking to get a nice bargain," one shopper said.

"Brown Thomas have got so many nice things it's just worthwhile going in for a little ponder, even for just household stuff," she added.

Another shopper said he had specific things in mind: "I'm spending my Christmas money to get clothes". 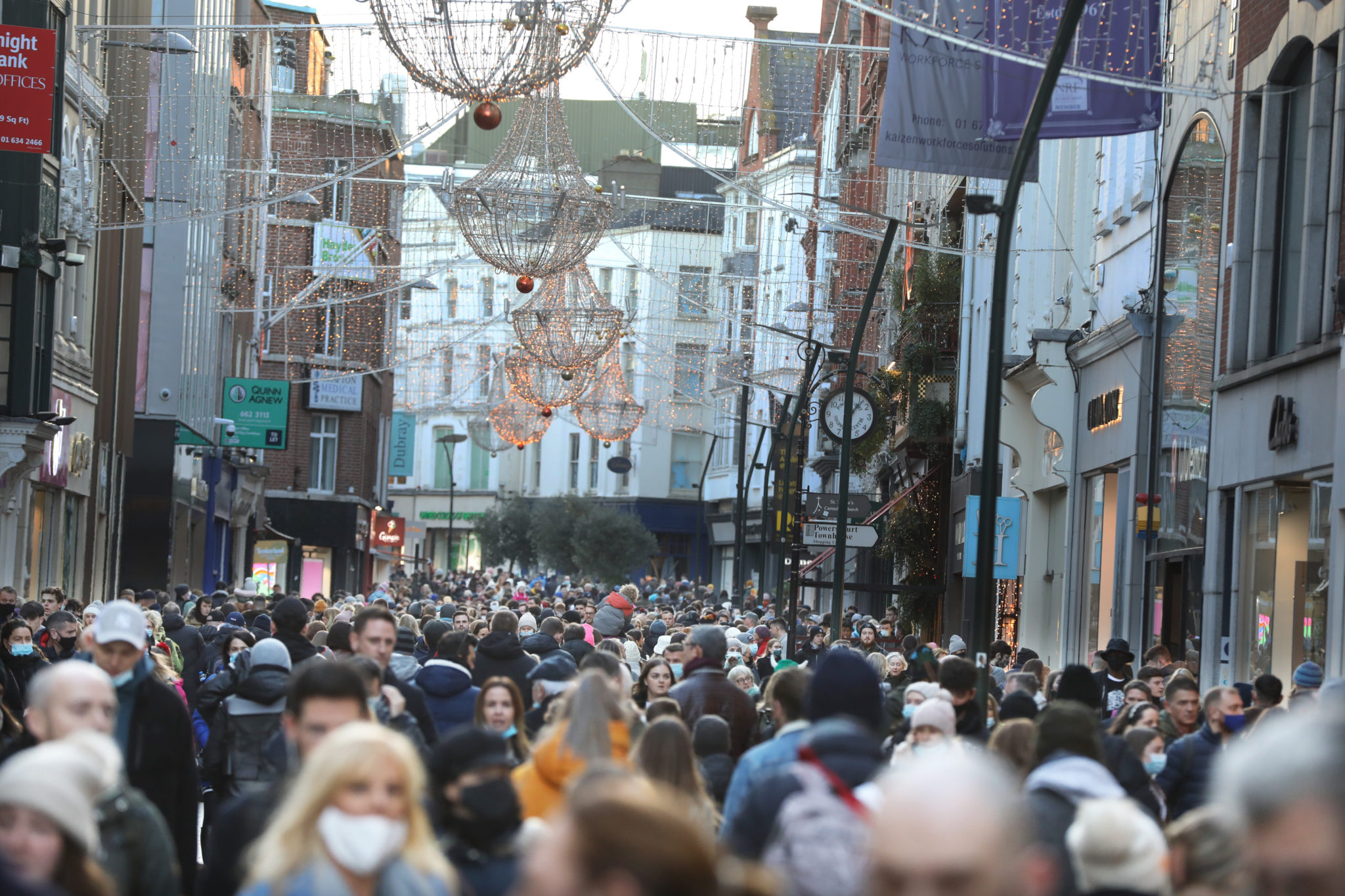 "I heard they have really good prices, and I'm hoping to find something from Canada Goose over there," another added.

Another said she thought it was a good way to spend her morning: "I've nothing else to do and I have vouchers from Christmas".

Retailers will be hoping for a boost, following a sixth consecutive month of annual volume decline in retail sales.

Online spending from Irish-registered companies also fell slightly to 4.8% in October from 5.3% in September.