Shining lasers at pilots landing planes is 'an appalling affront' that must be stopped as soon as possible, according to a former Air Corps Lieutenant-Colonel.

He told The Pat Kenny Show that experts had hoped the issue had gone away.

"We thought that the problem of drones had replaced this one as a particular hazard to air nautical navigation - but that doesn't appear to be the case," he said.

"The last major case that I remember that made the headlines was a Virgin Atlantic Boeing 747; it was climbing out of Heathrow Airport and the co-pilot saw a green light and it lit up the cockpit.

"Unfortunately, he looked at it and was temporarily blinded by it, but they continued the flight heading west.

"By the time they got to cruising altitude over Co Waterford in Irish airspace, they decided they could not continue and turned back to Heathrow and made a safe landing."

The co-pilot subsequently had to have medical treatment and made a full recovery.

Mr Byrne said the lasers in question are not just standard laser pointers.

"We're talking about devices that are like a very large pen," he said.

"They're usually used by military people for range-finding purposes, sometimes by surveyors or engineers.

"They're not things you can buy in the shop easily, but of course you can get them on the internet. 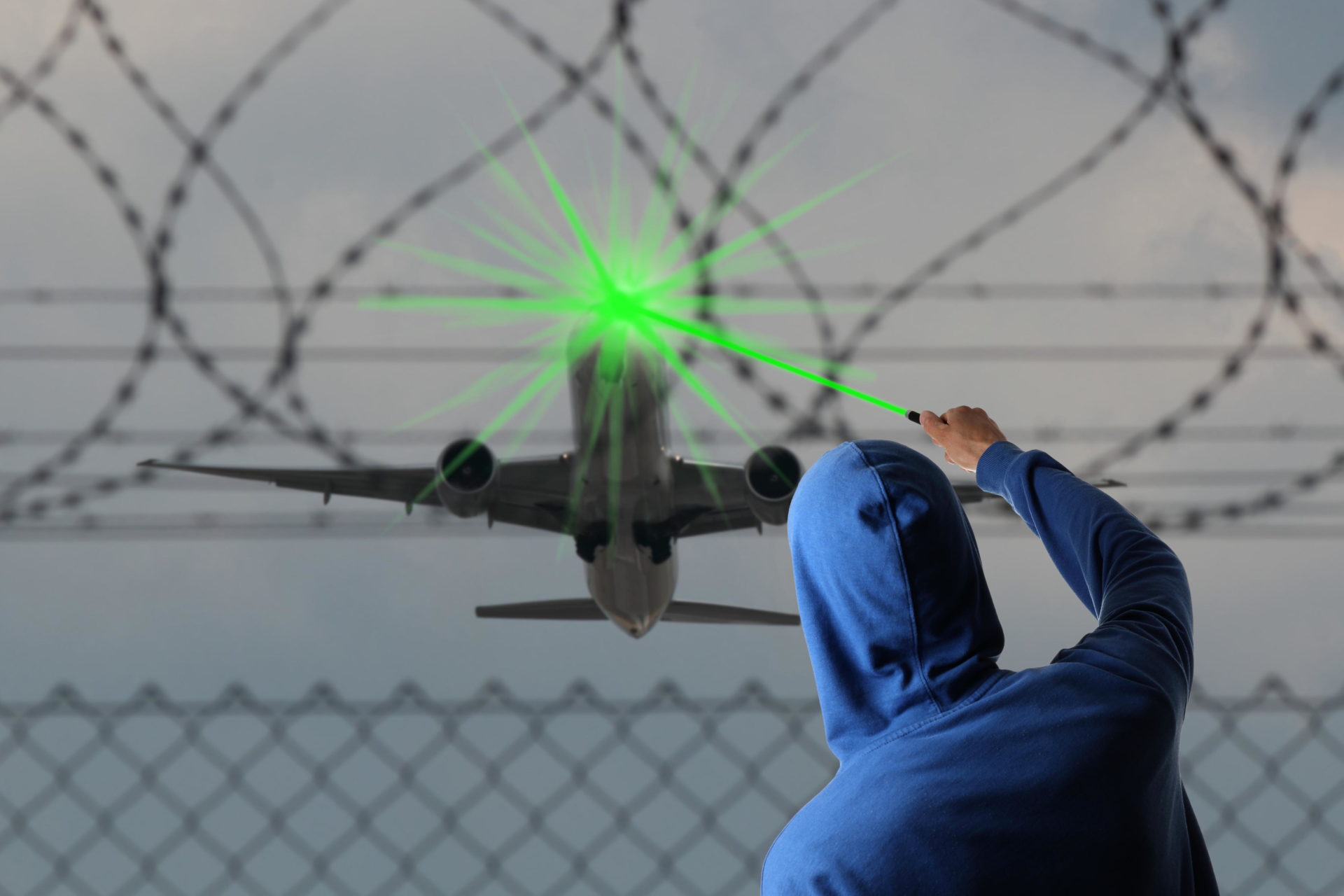 An airplane blinded with a laserpointer. Picture by: RioPatuca / Alamy Stock Photo

"Their range can be as much as five kilometres; they've got a fantastic wattage and they are dangerous to the eyesight.

"They have no reason to be shone to pilots on aircraft on final approach; and most of the targeting is done both here and in the UK.

"It's dangerous to the eyes and it is an appalling affront because you couldn't do this to people driving buses or trucks or other vehicles on the motorway.

'It should be snapped out'

Mr Byrne said those behind such attacks are putting so many others at-risk.

"Can you imagine if both pilots were temporarily blinded? You need your vision in the cockpit of an aircraft.

"Landing an aircraft after-dark, for example, is no mean feat - it's a very high tense operation.

"It's very safe, of course it is, but if you blind the pilots how does the aircraft make the final approach and land the aircraft?

"It's putting a whole lot of people in danger that doesn't have to be the case - so it should be snapped out, it should be crushed as soon as possible and it can be done with a bit of coordination," he added.