The head of the Irish delegation at Eurovision says Ireland 'deserved to go through' to the Grand Final.

Michael Kealy was speaking after Ireland missed out on one of the 10 places at Thursday's second semi-final.

Brooke Scullion performed 'That's Rich' to a dancing, packed crowd in the Italian city of Turin on Thursday.

However we ultimately failed to secure a place in the final on Saturday.

Ireland has not been in the Grand Final since 2018. 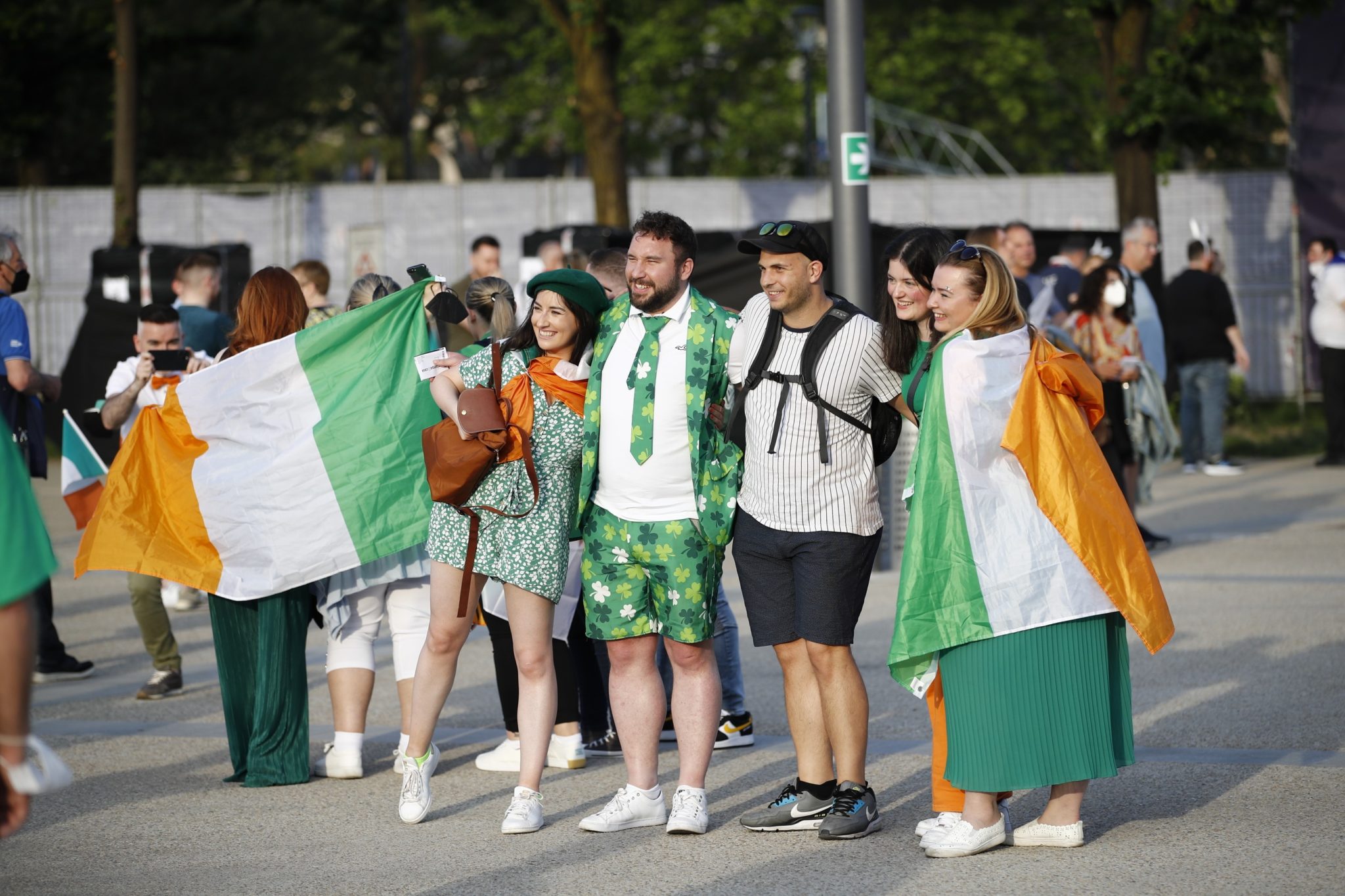 Excited fans ahead of the second Eurovision 2022 semi-final in Turin, Italy. Picture by: EBU / ANDRES PUTTING

In an exclusive interview with Newstalk's Henry McKean for The Pat Kenny Show, Michael Kealy says a lot of work went into this.

"Absolutely gutted for Brooke and for the people that she brought to this team.

"It's the culmination of three months' work - people think we turn up the day before and just throw this act together, we don't.

"It takes a lot to put an act like this together, and to have it all come down to 10 excruciating minutes in the green room is brutal to be honest.

"It's not a joke competition by any means at all - it's the elite of performers around Europe.

"And that's the level we've got to compete at - and I think Brooke reached that standard, absolutely, and I thought she deserved to go through".

People, and others, have been reacting on Twitter to this latest blow.

You did us proud @Brooke_Scullion, best act we’ve sent it years. And remember there’s worse things than not winning the Eurovision…..look at poor Nicky Byrne, he got sentenced to 10 more years in Westlife after he lost it. #Brooke #Eurovision pic.twitter.com/arqj2IR5dg 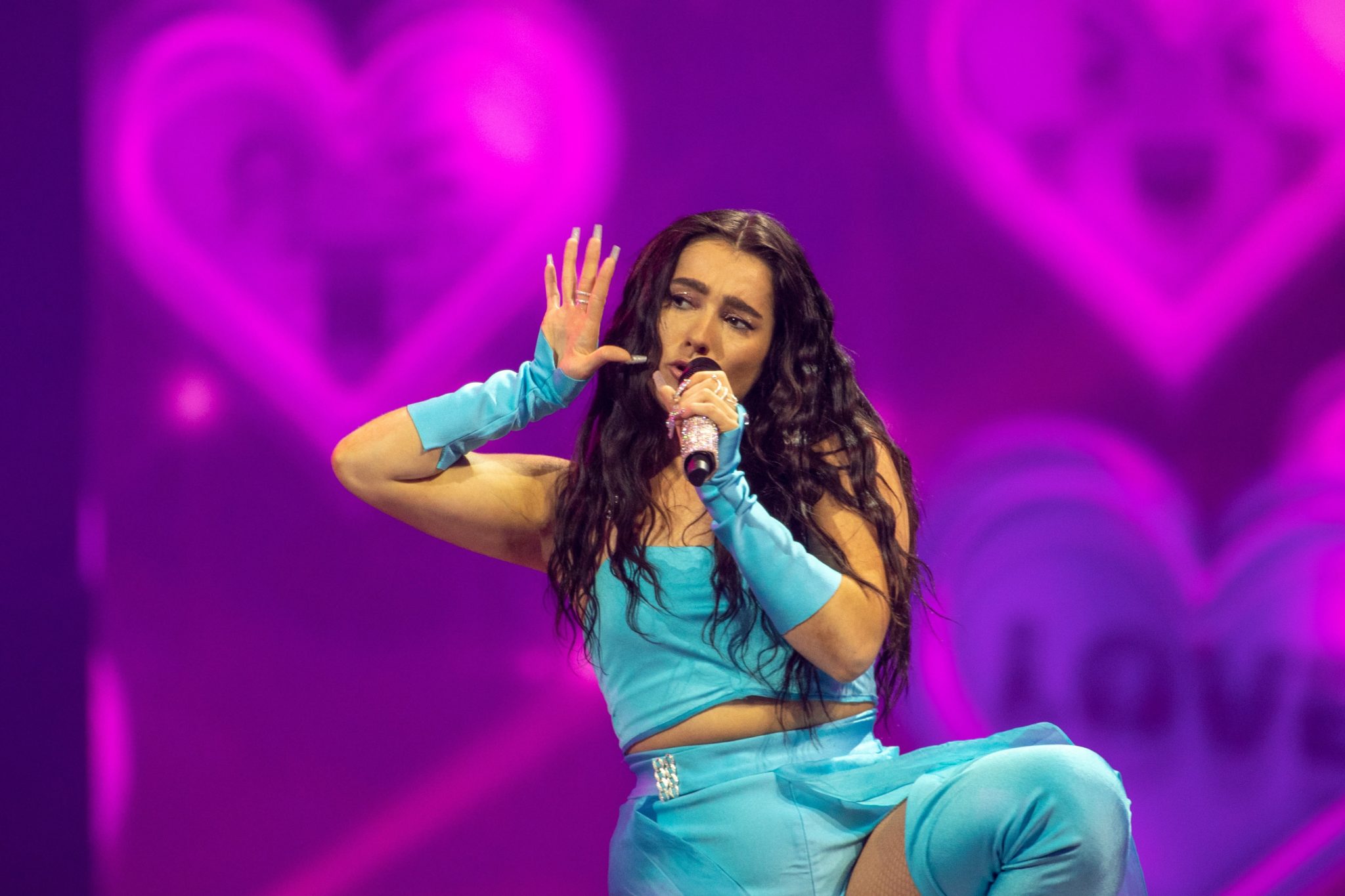 Brooke performing 'That's Rich' in a rehearsal for the Eurovision 2022 semi-final. Picture by: EBU / ANDRES PUTTING

Brooke absolutely deserved to go through. Gutted for her.

Brooke herself simply said: "Beyond proud of this experience, thank you to my wonderful team. I will never forget Eurovision. Onto the next".

Beyond proud of this experience, thank you to my wonderful team. I will never forget @eurovision.

Luke, an Irish superfan in Turin, says he was very surprised.

"Brooke seems like the most likeable, most friendly, outgoing entrant we've had in a long time.

"I thought she would, at the very least, qualify for sure".

Another fan says the people in the arena really liked the performance.

"So what do we have to do to get through?"

"She couldn't really do anymore - I think she really deserved to get through this year, we did definitely", another fan adds.

Main image: Brooke and her dancers on the Turquoise Carpet for the 2022 Eurovision Song Contest. Picture by: EBU/ SARAH LOUISE BENNETT