The Minister for European Affairs has appealed to the public to be cautious when socialising ahea...

The Minister for European Affairs has appealed to the public to be cautious when socialising ahead of the easing of further restrictions next month.

Thomas Byrne said people need to be careful to ensure that the roadmap for reopening can go ahead as planned.

It comes after four people were arrested after large crowds gathered on streets in Dublin city centre yesterday evening.

Gardaí said the arrests were made for public order offences in the South William Street area.

Large numbers of people who gathered in Temple Bar and St Stephen's Green were also dispersed by the force.

In a statement, Gardaí appealed to the public to avoid crowded areas and large gatherings and to continue adhering to the public health guidelines.

The Chief Medical Officer Dr Tony Holohan said he was "absolutely shocked" by the scenes in Dublin city on Saturday night, describing them as a "major open-air party".

He added that it was not what the country needs given the progress that has been made in fighting the virus.

Speaking to On The Record with Gavan Reilly, Minister Byrne said Dr Holohan "had a point" with his criticism of the scenes, but added that he was not going to berate anyone as it has been a difficult 15 months.

"I certainly respect what the Chief Medical Officer says, he's highly respected and people trust what he says, and to be honest, I think he has a point," he said.

"I've never been into criticism myself of what's going on and when people make mistakes with COVID rules because it's very difficult for all of us to comply with the rules.

"So I have some sympathy, I think it's very difficult at the moment, the weather is very hot and people undoubtedly want to get out and enjoy themselves but premises aren't open.

"Outdoor dining is going to open the week after next, and then indoor after that.

"I think we just need, all of us as best we can, a type of strategic patience to make sure we can get numbers down, which are stubborn and stubbornly staying the same, in order so we can ensure that everything opens according to the plan as the vaccine rollout continues."

Drove into Dublin City Centre to collect someone from work at 815 PM. Absolutely shocked at scenes in South Great George’s St, Exchequer St, South William St area. Enormous crowds- like a major open air party. This is what we do not need when we have made so much progress.

Some people have argued that the people gathering in Dublin yesterday were outside and only socialising in small groups, albeit among a large crowd.

Minister Byrne reiterated that he was not going to condemn anyone's behaviour, but said we all need to be as careful as possible when socialising.

"The vaccine rollout is going so well, I think it's going to continue to go well and I think we just need that bit of patience," he said.

"What we don't want to happen is we have to go back on what was announced already, which is always a risk because of variants, but I think we reduce that risk by being as careful as possible." 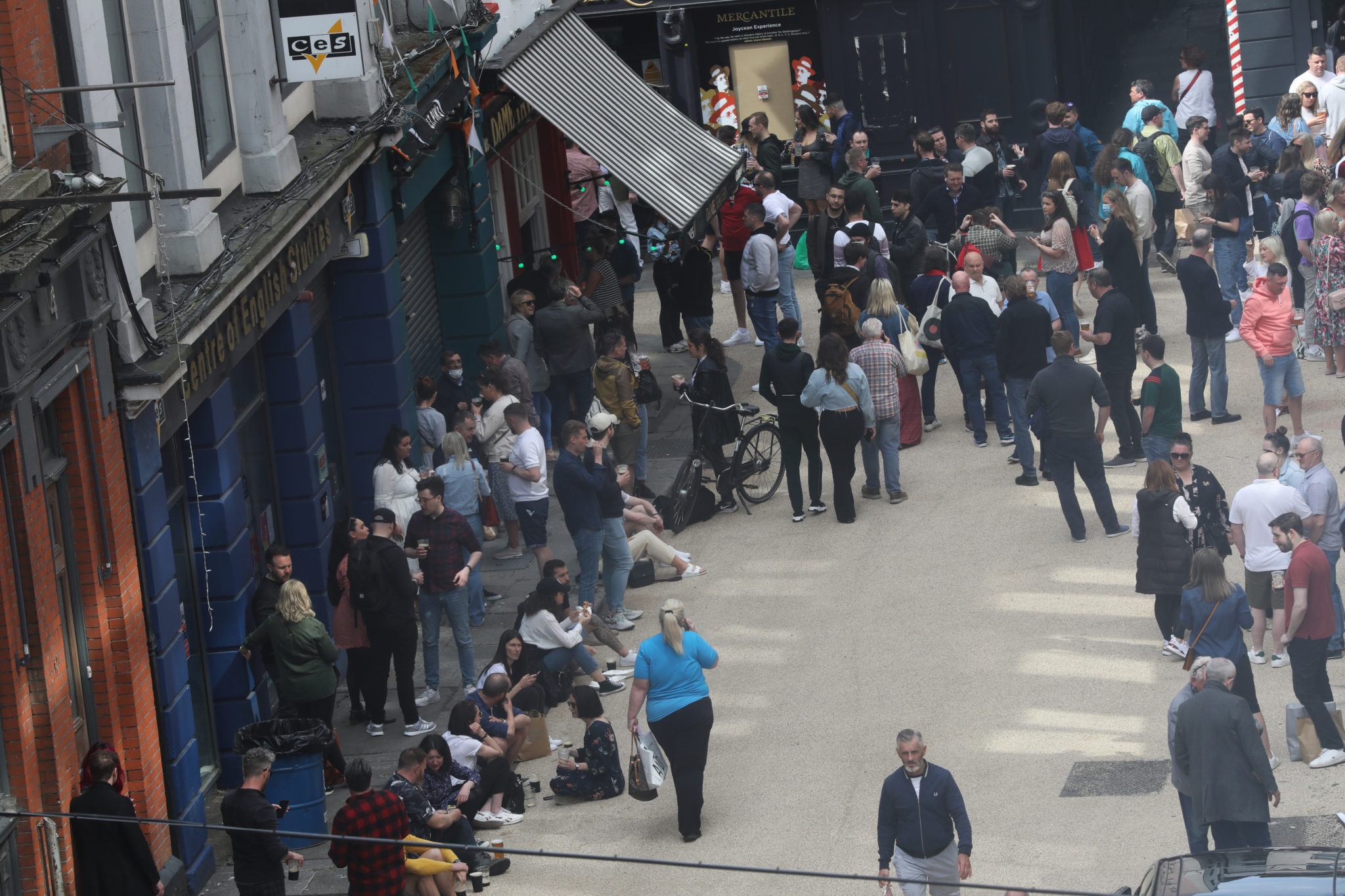 He added that he doesn't believe there is a disconnect between the outdoor summer envisaged by NPHET and the reality of the public's outdoor summer.

"The public has been so good for over a year and it's been really difficult for all of us and I think people have been affected in various ways by this pandemic," the Fianna Fáil TD stated.

"I think it's only entirely natural that people want to go out to meet, particularly on such a beautiful day and evening as it was yesterday.

"But I still think we have to be as careful as possible in how we meet in terms of social distancing, are there other places we can go where there might not be such large crowds, and I think it will be worth it to ensure we don't reverse on anything over the coming weeks and months."