A second case of the COVID-19 coronavirus has been confirmed in Ireland. A woman in the east of t...

A second case of the COVID-19 coronavirus has been confirmed in Ireland.

A woman in the east of the country had recently traveled back from northern Italy.

The Health Service Executive (HSE) is working to identify what contacts the patient may have had to prevent further spread of the virus.

This case is not associated with the previously identified case.

It follows the first confirmed case of the virus here on Sunday.

Speaking on Tuesday chief medical officer at the Department of Health, Dr Tony Holohan, has said citizens are being advised to avoid non-essential to the four provinces in northern Italy.

These are Lombardy, Veneto, Emilia-Romagna or Piedmont.

This was previously just applicable to the 11 towns within those regions.

Dr Holohan said the HSE has established four new groups - including one to look at vulnerable people, such as older people or those with underlying conditions.

"A group that will be looking at continuity of supply of medicines and medical devices - a little bit like the work we did as part of Brexit preparedness.

"And we also want to establish a group  to look more specifically at the question of the protection of the health and welfare of healthcare workers and social care workers, in particular".

He also said a person who is a suspect case can be tested in the community, without the need to be referred to hospital.

The HSE said 397 people had been tested for the coronavrius here as of Monday night. 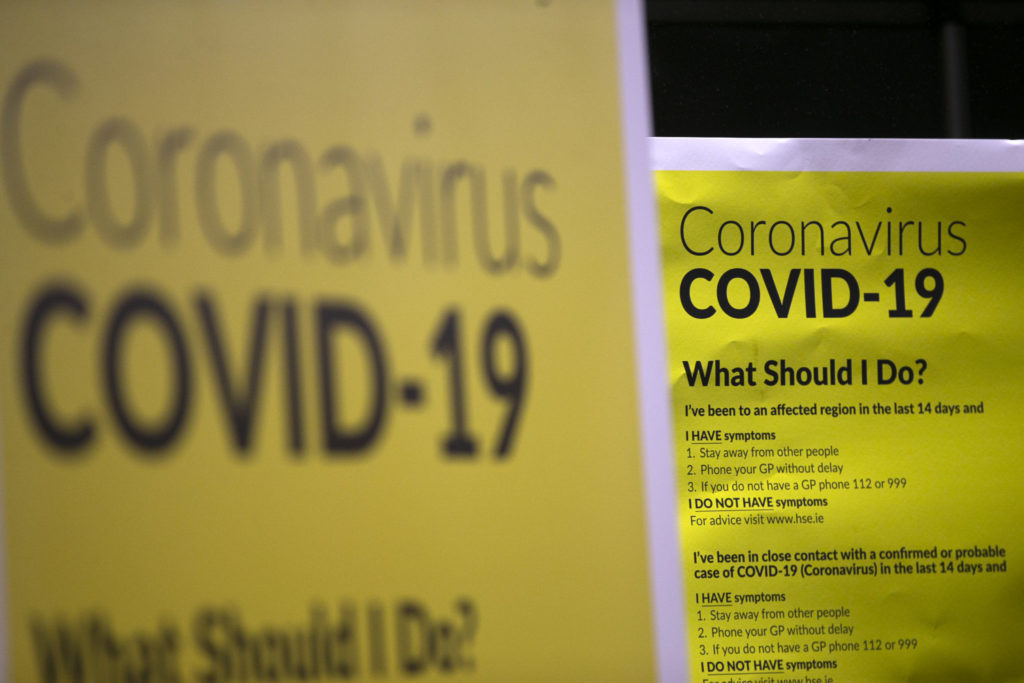 The first confirmed case was a student in Dublin, who is receiving appropriate medical care.

He was identified and tested in line with established protocols for the investigation of suspect cases of COVID-19, according to the National Public Health Emergency Team (NPHET).

The case is also associated with travel from an affected area in northern Italy.

The student's school has since been shut down for two weeks.

All pupils and teachers are being treated as close contacts of the confirmed case and have been asked to "restrict their movements".

The Department of Health has said all parents have been notified, and no other schools are affected.

Meanwhile members of a youth band in Dublin have been asked by the HSE to self-isolate as a precaution.

It is in connection with the first confirmed case of the virus here.

All parents of the band members in question have been advised that members are being treated as possible contacts, and are now being asked to self-isolate for 14 days.

This followed confusion earlier on Tuesday, after the Department of Health withdrew a previous claim to the media that a letter circulating online about the situation was a hoax.