One Dublin councillor says something needs to be done about seagulls, after a woman had to leave her home.

The birds are being seen more around the city as a result of more rubbish in the streets.

"This issues around litter, picking at bags, noise pollution, we've had seagulls attacking people for food in outdoor areas.

"We need to start looking at what can be done to either cull or to stop these ruining our city at the moment."

He says an elderly woman moved out of her house in Glasnevin for three weeks last month, after a Herring Gull was nesting in her chimney.

"They start breeding at 4 in the morning and [she] basically moved out to her son's house for three weeks as a result." 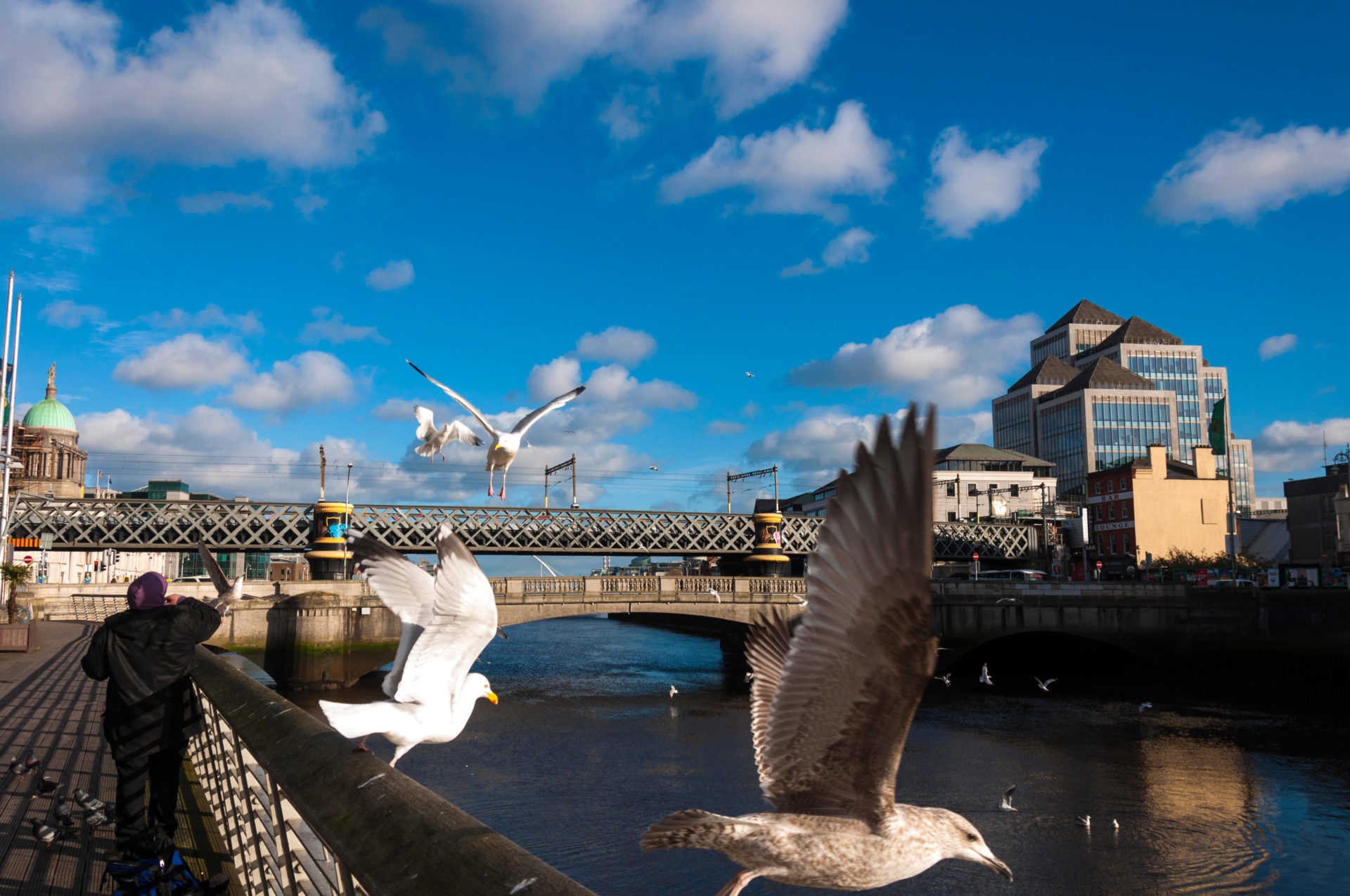 Seagulls are seen by the River Liffey in central Dublin in February 2016. Picture by: Richard Wayman/Alamy Live News

Councillor Connolly says there are wider problems for people.

"The excrement and the feces from a gull is actually much more dangerous than a dog, for example.

"They're a pest and I think something needs to be done".

Litter means 'food to a gull'

He explains why we're seeing more of them on city streets.

"It's literally because of a lack of food in their natural environments, possibly increased disturbance on the coast.

"You can go down towards any beach or coastline this week, and you'll see the thousands and thousands of people that are there in the habitat that the gulls would normally live in.

"They come into the towns because we are so proficate with our waste and our litter, and that means food to a gull".

But Dr Newton says attacks on people are rare.

"The reason they're doing that is because people have been feeding them.

"The bolder one gets the idea that 'Oh there's a person with a sandwich, burger or a packet of chips, I'll just help myself'.

"But it's the minority of birds that do that, the bold ones."

And he believes calls for a cull are wrong.

"I think it would be logistically very, very difficult - and secondly, we have to remember these birds are protected by Irish law and European law.

"They are what we call Amber listed of conservation concern.

"Their population have declined dramatically in the last 20 or 30 years."