Scotland plans for UK independence referendum 'before the end of 2023'

Scotland plans for UK independence referendum 'before the end of 2023'

Scotland's First Minister Nicola Sturgeon says she wants another independence referendum from Britain before the end of 2023.

Outlining her latest programme for government,  she says a vote on independence will only happen once the worst of the coronavirus crisis has passed.

She says: "The case for independence is strong and we will present it openly, frankly and with confidence.

"Building a better future for those who come after us should be the ambition of any government.

"Of course, the immediate priority of this government is to lead Scotland out of the pandemic."

But she says people deserve the right to choose who leads them.

"Our democratic mandate to allow people to decide the country's future is beyond question.

"And at this juncture in history, it is essential that we consider the kind of country we want to be, and how best to secure it.

"As we emerge from the pandemic, choices fall to be made that will shape our economy and society for decades to come.

"Which parliament – Westminster or Holyrood – should make these choices? And what principles will they be guided by?

"These are questions which cannot be avoided, nor postponed until the die is already cast.

"So we intend to offer the choice.

"We will do so only when the COVID crisis has passed but our aim, COVID permitting, is that it will be in the first half of this parliament - before the end of 2023."

The Scottish electorate rejected independence, by 55% to 44%, in a referendum back in 2014. 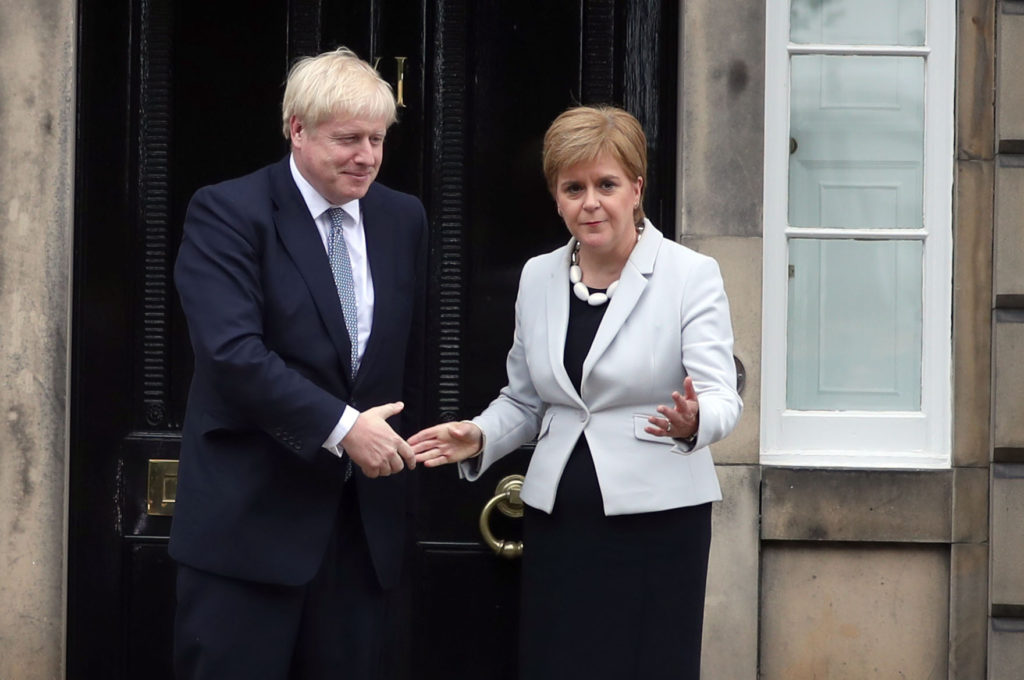 "This chaos was not an inevitable consequence of the vote to leave the EU. It is down to a toxic combination of dishonesty and incompetence," she said in April 2019.

"Those who campaigned for Leave in 2016 failed to set out what Brexit would mean in reality.

"To the extent that they made any attempt at all, they misled people".

While earlier this year British Prime Minister Boris Johnson refused to entertain the idea of a second independence referendum for Scotland.

In a letter, he said: "You and your predecessor made a personal promise that the 2014 independence referendum was a 'once in a generation' vote.

"The UK government will continue to uphold the democratic decision of the Scottish people and the promise you made to them.

"For that reason, I cannot agree to any request for a transfer of power that would lead to further independence referendums."