New satellite images show a convoy of Russian military vehicles stretching around 65km on its way...

New satellite images show a convoy of Russian military vehicles stretching around 65km on its way towards the Ukrainian capital Kyiv.

The images from space technologies company Maxar also show evidence of fighting outside the city, including a damaged bridge and destroyed vehicles.

The company said its images also highlight a further build-up of troops including ground forces and attack helicopters in southern Belarus – less than 20km from the Ukraine border.

Yesterday the first round of talks between Ukraine and Russia ended without agreement. 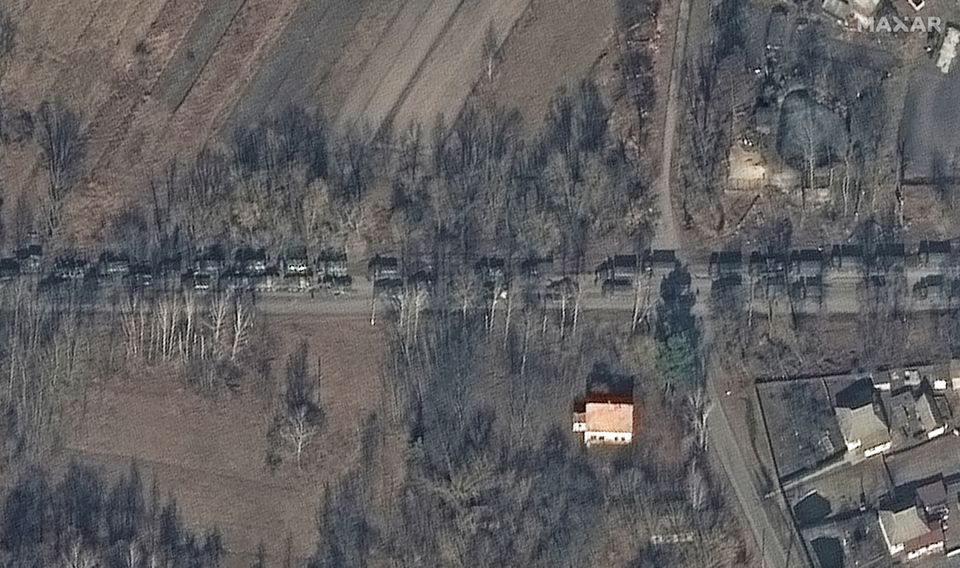 The Ukrainian President Volodymyr Zelenskyy said the bombardment of residential areas amounts to a war crime – noting that the city has no military facilities.

Before yesterday’s talk began, he claimed 16 Ukrainian children have been killed and 45 injured since the invasion began.

Ukrainian Anna Koloskova has been living in Ireland for 20 years. She told Newstalk she is very worried about her mother in Ukraine at the moment.

“They evacuated from Donetsk in 2014 after the Russian forces invaded,” she said.

“She now lives in Zakarpatska. Unfortunately, the stress took my father and my grandmother and they died in 2020. She lives alone, she is very, very stressed. It is her second time to see this level of events.”

She is also concerned for her friends in Kyiv.

“They have street skirmishes, shelling and bombing,” she said. “Houses destroyed with Grads – which are forbidden for use so with any decency the Russian army wouldn’t shoot them because they will surely inflict a lot of civilian damage and a lot of property damage – buildings and construction – but, yeah, that is what they’re aiming for.” 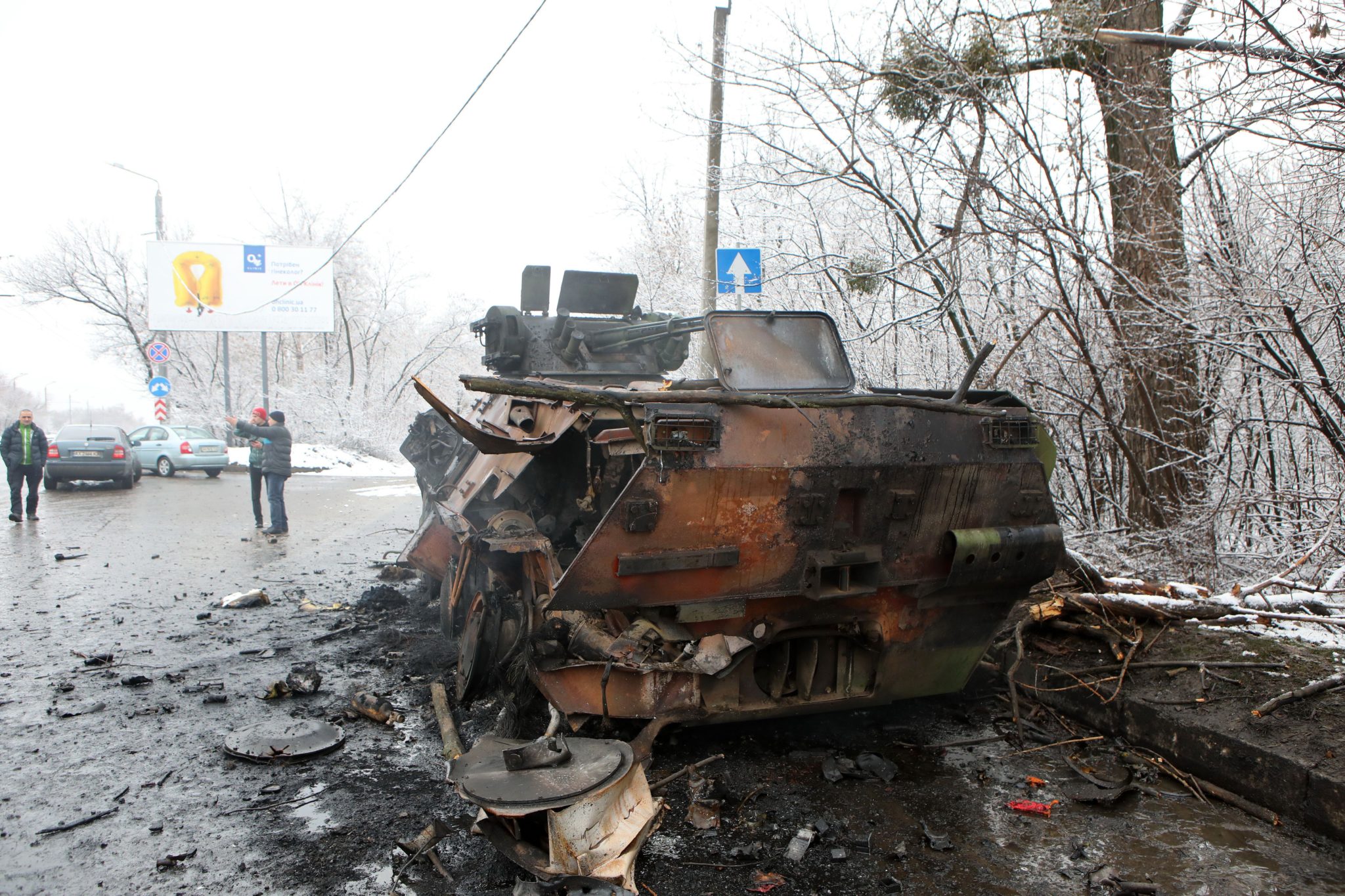 Grad rocket launchers are capable of firing a ‘hail’ of rockets over a wide area in a short space of time.

Human rights activists have accused Russia of showing a “blatant disregard for civilian lives” by using the indiscriminate rockets in civilian areas.

More than half a million civilians have fled Ukraine since the invasion started – with that number expected to rise to four million in the coming days.

The Taoiseach has said Ireland will offer Ukraine all the humanitarian supports it can – noting that the country has put no limit on the number of refugees it will accept.