The Chief Medical Officer has warned of the risk the Delta variant poses to the unvaccinated or t...

The Chief Medical Officer has warned of the risk the Delta variant poses to the unvaccinated or those waiting for a second dose.

There were 365 new cases of COVID-19 reported yesterday, with the CMO stating that the Delta variant "continues to present a threat".

His comments come amid growing fears from the Government that Ireland could experience 1,000 cases a day this month.

Ministers worry that case numbers could reach these high levels as soon as July 19th, the date when international travel returns in Ireland.

Professor Sam McConkey from the Royal College of Surgeons Ireland said he believes cases will rise in the coming months, but is uncertain as to whether they could reach such highs in less than two weeks' time.

"I think the number of cases of Delta will definitely rise to 1,000 cases [a day], I'm not sure about July as the date, it's somewhere between three and six weeks from now that it'll reach those numbers," he told Newstalk Breakfast. 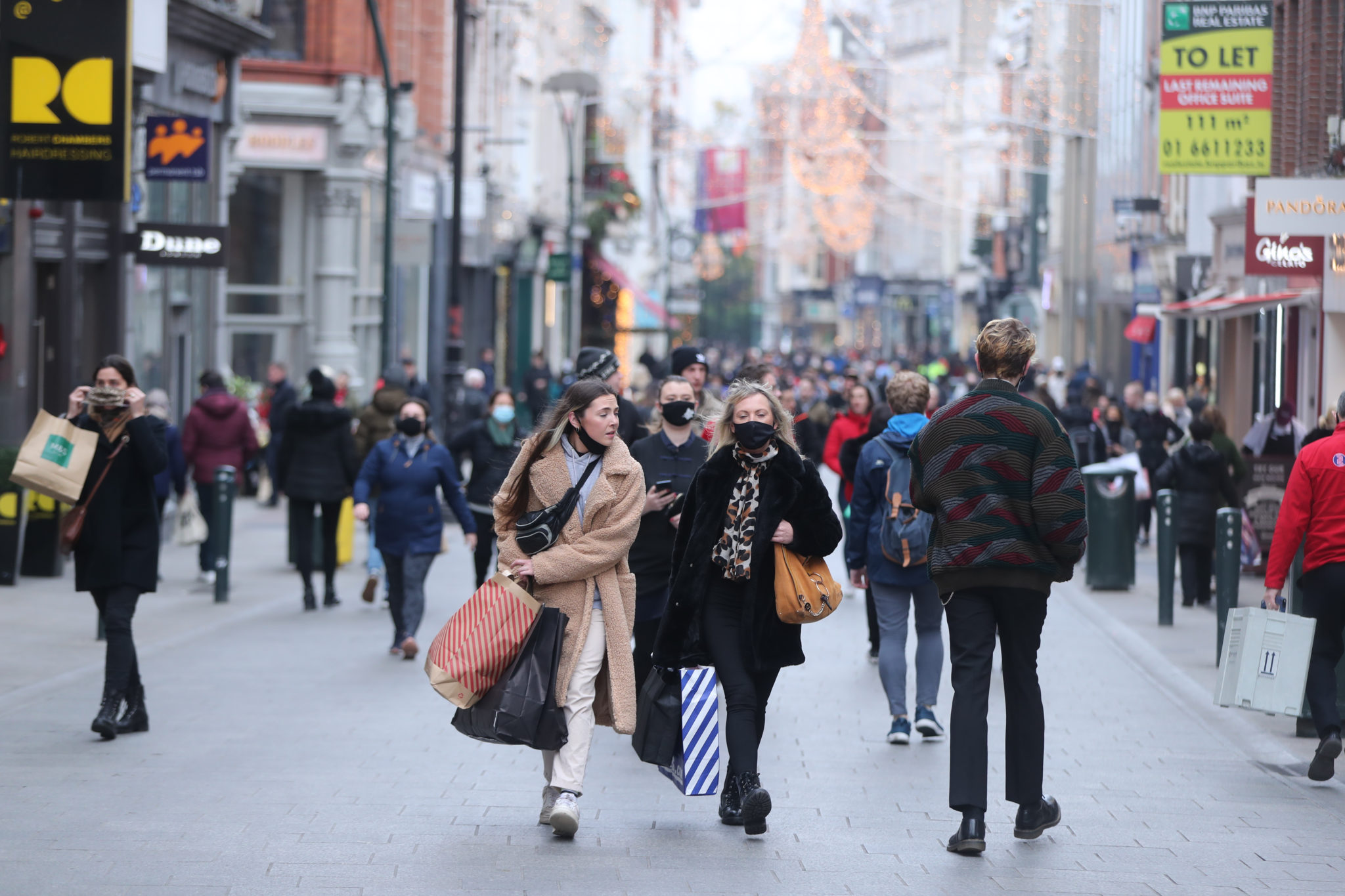 "I think this will be very different from the first, second and third waves in Ireland because it will predominantly affect healthy, young people.

"We know they don't get as much hospitalisation or as much sickness or death or ICU, which is good.

"We have very high vaccination rates in the vulnerable and the elderly which I hope will very substantially protect them.

"What I worry about is that about 5% of the people who get it will get some of the post-COVID, ongoing symptoms, we know there are clots and heart issues and stokes and various manifestations that go on for months or perhaps even years afterwards and that's what I worry about."

Prof McConkey expects the health system to "cope adequately" with this surge as there will be less need for oxygen and much lower numbers of people in respiratory failure.

"I don't see this as the existential, survival threat to our health service that I certainly feared in the first, second and third waves," he said.

"And as we have seen, it has happened in places like Brazil and India where the health service has been overwhelmed, I don't see that that's a likely prediction over the next few months with this Delta variant.

"Whether another variant will come in and do that, that's a different question but with this Delta variant, we've seen in England and a little bit in Northern Ireland that there are large numbers of cases but much less severe respiratory failure and hospitalisation." 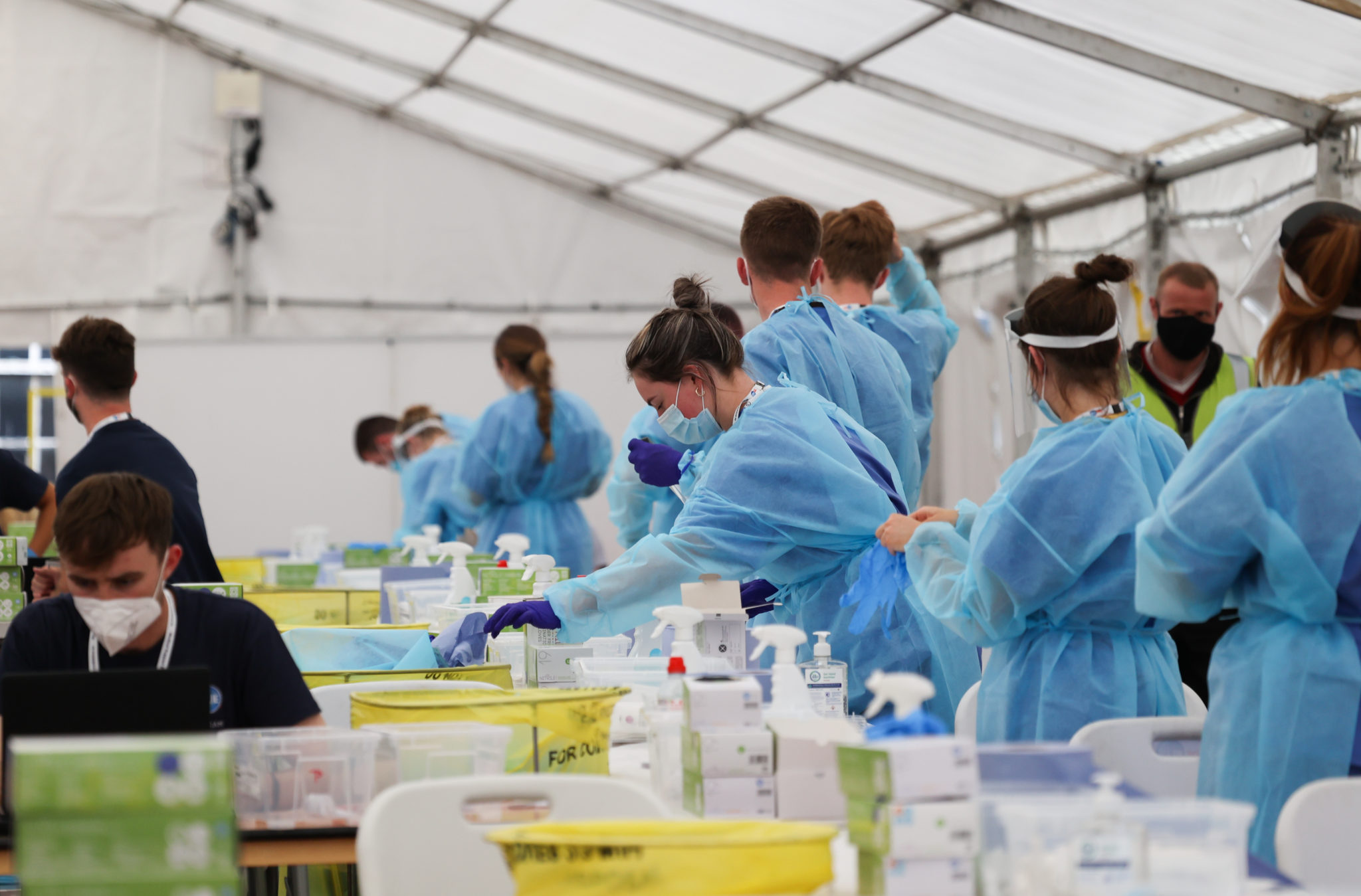 Staff at work in Collins Barracks, Dublin, where a rapid COVID antigen testing station has been set up ahead of A Pilot Festival in Kilmainham. Photo: Sam Boal / RollingNews.ie

Meanwhile, health officials in the UK have voiced concern over England's so-called 'freedom day' which is on track to go ahead on July 19th.

British Prime Minister Boris Johnson confirmed measures like social distancing and the wearing of face masks will no longer be mandatory, despite acknowledging that they are "very far from the end" of the coronavirus pandemic.

Prof McConkey said decisions such as ones planned for the UK on the easing of restrictions in Ireland needs to involve the public in a national discussion.

"We need a national discussion by our politicians about what our appetite is as a nation for risk," he explained.

"We've got to look at that, it is a risky world we all live in, once our risk to SARS‑CoV‑2 becomes similar to other risks, like roads, that we take every day, then my view is we should seriously consider saying, if we all use the roads every day then opening up and having a similar risk from COVID is OK."

On NPHET's 'optimistic' modelling scenario that there could be 250 deaths from the virus between now and the end of September, Prof McConkey added that society needs to decide whether this risk amid further reopening is worth it.

"250 deaths a year is approximately the number of deaths in road traffic accidents, 250 deaths in three months [from COVID-19] is clearly four times higher," he said.

"That's a political discussion that we all need to participate in, are we will willing as a society to accept those risks?

"Because if we don't go for zero COVID, we absolutely have to accept some risk, so the question becomes how much."