Around 900 jobs at risk at Ryanair

Ryanair is considering cutting 900 jobs and pulling back on plans to hire 600 others due to the c...

Around 900 jobs at risk at Ryanair

Ryanair is considering cutting 900 jobs and pulling back on plans to hire 600 others due to the crisis facing Boeing and the "increasing likelihood" of a no-deal Brexit.

In a video message to staff seen by Newstalk.com, CEO Michael O'Leary said the carrier has an excess of more than 500 pilots and about 400 flight attendants.

He also said the airline will hire around 600 fewer people in those categories for the summer of 2020.

He said the delay of Boeing's 737 MAX jets means the airline will take a maximum of 30 new aircraft, instead of the planned 58, for summer 2020.

"On top of this bad news, we already have a surplus of over 500 pilots and some 400 cabin crew because resignations have dried up to effectively zero since January of 2019.

"Added to these challenges in the last number of weeks is the increasing likelihood of a no-deal Brexit in just 12 weeks time.

"We're worried that this could have a very damaging affect on our UK bases and on some of our Irish bases - which are heavily dependent on people travelling between Ireland and the UK". 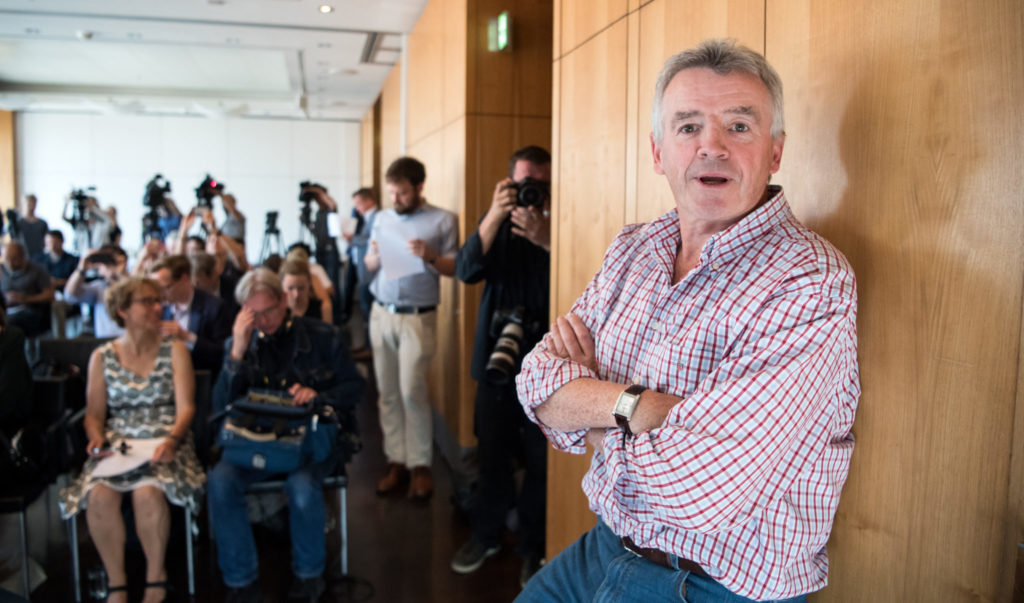 "I'm sorry, and I apologise sincerely to all of you for this bad news and any uncertainty it will cause you over the coming weeks", Mr O'Leary adds.

A final decision on the cuts is expected by the end of next month.

It comes as the airline reported a 21% fall in profits in the last quarter.

It blamed cuts to fares and higher fuel costs for the drop in profits to €243m.

The company also said the UK and Germany were identified as its two weakest markets.

It said Brexit concerns were weighing negatively on consumer confidence and spending in Britain.

While in Germany, it claimed Lufthansa's green light to buy Air Berlin meant it was selling excess capacity at below-cost prices.

Overall, it said a 6% decline in average fare was offset by strong revenues and 11% traffic growth.

The airline said it carried 42 million passengers in the period - while costs rose 19% as its fuel bill increased 24%.