Ryanair is moving ahead with a plan to buy 210 Boeing 737 MAX airplanes. The deal was announced j...

Ryanair is moving ahead with a plan to buy 210 Boeing 737 MAX airplanes.

The deal was announced just a day after the aircraft was certified to return to service by the US Federal Aviation Administration (FAA).

The planes were grounded last year after 346 people died in two crashes in less than five months.

Ryanair had previously announced plans to buy 135 of the planes; however, today the airline said it would buy 75 more.

The airline has agreed a cut-price with the US manufacturer and will purchase the fleet for a total of €22bn.

The new planes will start to take to the skies early next year, with Ryanair planning to use them for European flights.

Ryanair Group CEO Michael O’Leary said the company is “pleased and proud” with the order.

“We hope to take delivery of at least 50 of these aircraft in 2021, subject to Boeing recovering its manufacturing output to deliver them.

“For as long as the Covid-19 pandemic depresses air travel, we will use these new aircraft to replace some of our older Boeing NG fleet, which will remain grounded until pre-COVID demand returns.

“As soon as the Covid-19 virus recedes – and it will in 2021 with the rollout of multiple effective vaccines – Ryanair and our partner airports across Europe will, with these environmentally efficient aircraft, rapidly restore flights and schedules, recover lost traffic and help the nations of Europe recover their tourism industry.” 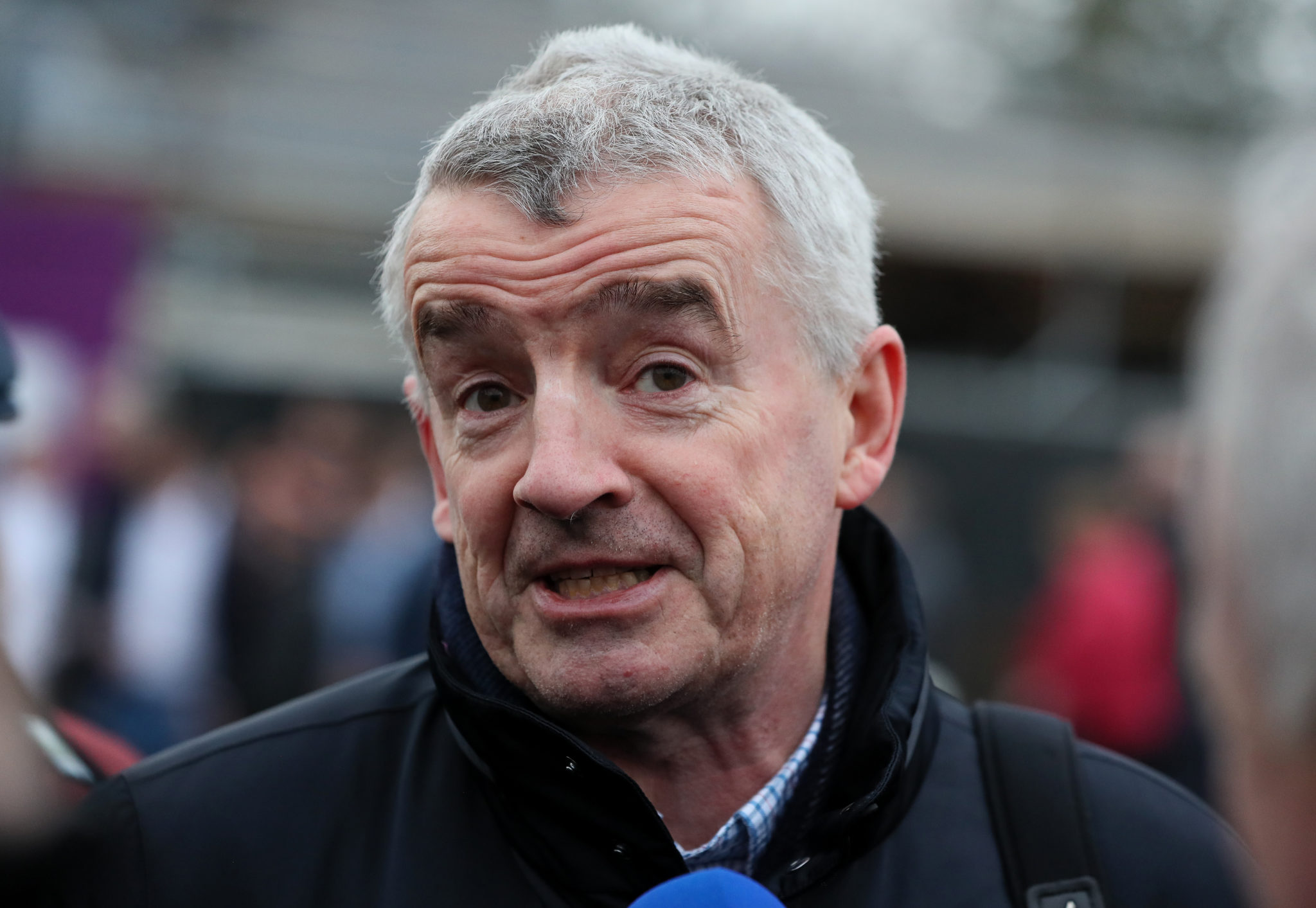 Winning owner Michael O'Leary in the parade ring after Delta Work won the Savills Steeplechase (Grade 1) during day three of the Christmas Festival at Leopardstown Racecourse.

He said the increased air traffic would also “get young people back to work across the cities, beaches, and ski resorts of the EU.”

While the FAA yesterday approved the first 737 MAX, each new plane will have to be certified before it is allowed to fly.