The Rwandan Ministry of Health is insisting that its border with the Democratic Republic of Congo...

The Rwandan Ministry of Health is insisting that its border with the Democratic Republic of Congo remains open.

Reports this morning indicated that travel between the two countries had been blocked off due to the deadly Ebola outbreak that has claimed more than 1,800 lives in the DRC.

In a statement to the Reuters news agency, the Congolese presidency said Rwanda had taken a unilateral decision to close the border for everyone except Congolese citizens leaving the country.

It said: “The Congolese authorities deplore this decision, which runs counter to the advice of the WHO (World Health Organization).”

The Ministry of Health confirms that Rwanda’s border with the Democratic Republic of Congo is open, following traffic slow-down this morning as measures were put in place to reinforce screening procedures and public safety at entry points. Read more: https://t.co/J11VAtzhk5

In a statement this afternoon however, the Rwandan Ministry of Health said the border was open, "following traffic slow-down this morning as measures were put in place to reinforce screening procedures and public safety at entry points."

In making the declaration, the organisation explicitly warned against closing borders or imposing travel restrictions. 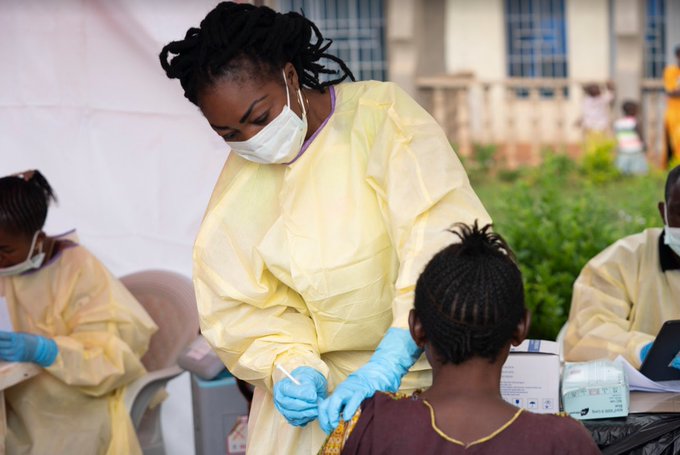 A nurse administers the Ebola vaccine in the Democratic Republic of Congo. Image: WHO

Reports the border was sealed came after a second person was confirmed to have died from the virus in the Congolese city of Goma, located just over the Rwandan border.

A third case of the virus has since been confirmed in the city - which has a population of two million people.

The Associated Press said the Rwandan state minister for foreign affairs Olivier Nduhungirehe had confirmed the closure this morning.

In a later tweet however, Mr Nduhungirehe said the border was not shut and the reports were based on a "misunderstanding."

The border was not closed. This was a misunderstanding. https://t.co/f3r5UtslkP

The Rwandan Health Ministry said it was advising against unnecessary travel to Goma and requesting anyone who had recently travelled to an Ebola infected area to report to the nearest screening station.

The deaths in Goma come a year-to-the-day since the DRC Government declared an Ebola outbreak in North Kivu province.

The outbreak has since claimed more than 1,800 lives in the DRC.

There have been more than 2,600 confirmed cases with over 770 survivors. 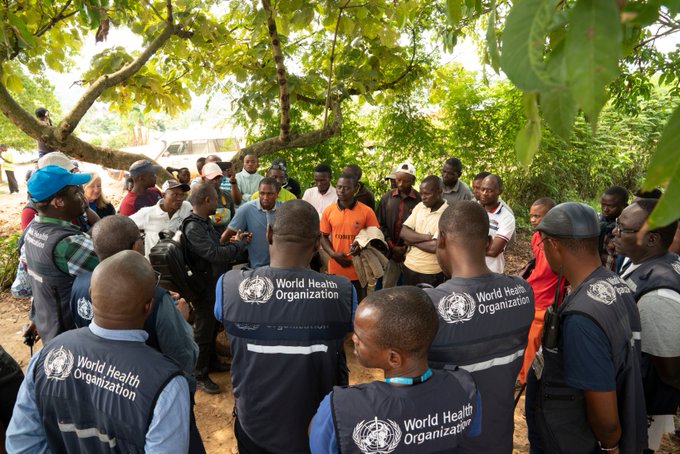 Officials from the World Health Organisation in the Democratic Republic of Congo. Image: WHO

In a statement, the WHO said the new diagnoses in Goma underscore "the very real risk of further disease transmission, perhaps beyond the country’s borders, and the very urgent need for a strengthened global response and increased donor investment."

It said almost one in three cases is a child - with each one "someone who has gone through an unimaginable ordeal."

It said urgently needs "far more support from the international community" to tackle the outbreak.

"The public health response to an Ebola outbreak requires an exceptional level of investment; 100% of cases must be treated and 100% of contacts must be traced and managed," it said.

"We will continue to accelerate our response, and we ask partners old and new to do the same."