Russia plans to starve Ukrainians in besieged cities into submission because it lacks the manpowe...

Russia plans to starve Ukrainians in besieged cities into submission because it lacks the manpower to conquer them by conventional military means, a defence expert at the Royal United Services Institute has warned.

During the 1930s, four million Ukrainians died of starvation because of Soviet policies and memories of the horror have clouded the relationship between Kyiv and Moscow ever since.

However, in a cruel twist of fate, Justin Bronk, a Research Fellow for Airpower and Technology in the Military Sciences team at RUSI, told Newstalk that Ukrainians face being starved by Russians for the second time in living memory:

“The bombardments, in particular of the large cities of Mariupol in the south and Kharkiv in the eastern part of the country, they’ve been going on for well over a week - nearly two - now.

“Those cities which were surrounded pretty early [and] because the Ukrainian Government didn’t believe something as mad as this full-scale invasion would happen until very, very near when it actually happened, there wasn’t time to build up things like stockpiles of food or medical supplies.

“And so those cities that were encircled very early - so Kharkiv, Mariupol, Sumy - they had very little provisions. So people are literally starving and dying of dehydration, in addition to constant bombardment.”

“So it’s already pretty dirty. This is unfortunately the Russian playbook and they’ve had a lot of experience with grinding urban sieges in Syria alongside the Assad Government in places like Aleppo and Homs.

“And so the playbook is pretty well known. I think it will just be repeated in more and more places.

“Encircle the cities, besiege them, bombard them, make life unliveable inside so that the civilians have to try and flee however they can.

“And then basically starve them out because they don’t have the manpower to take the cities street by street.” 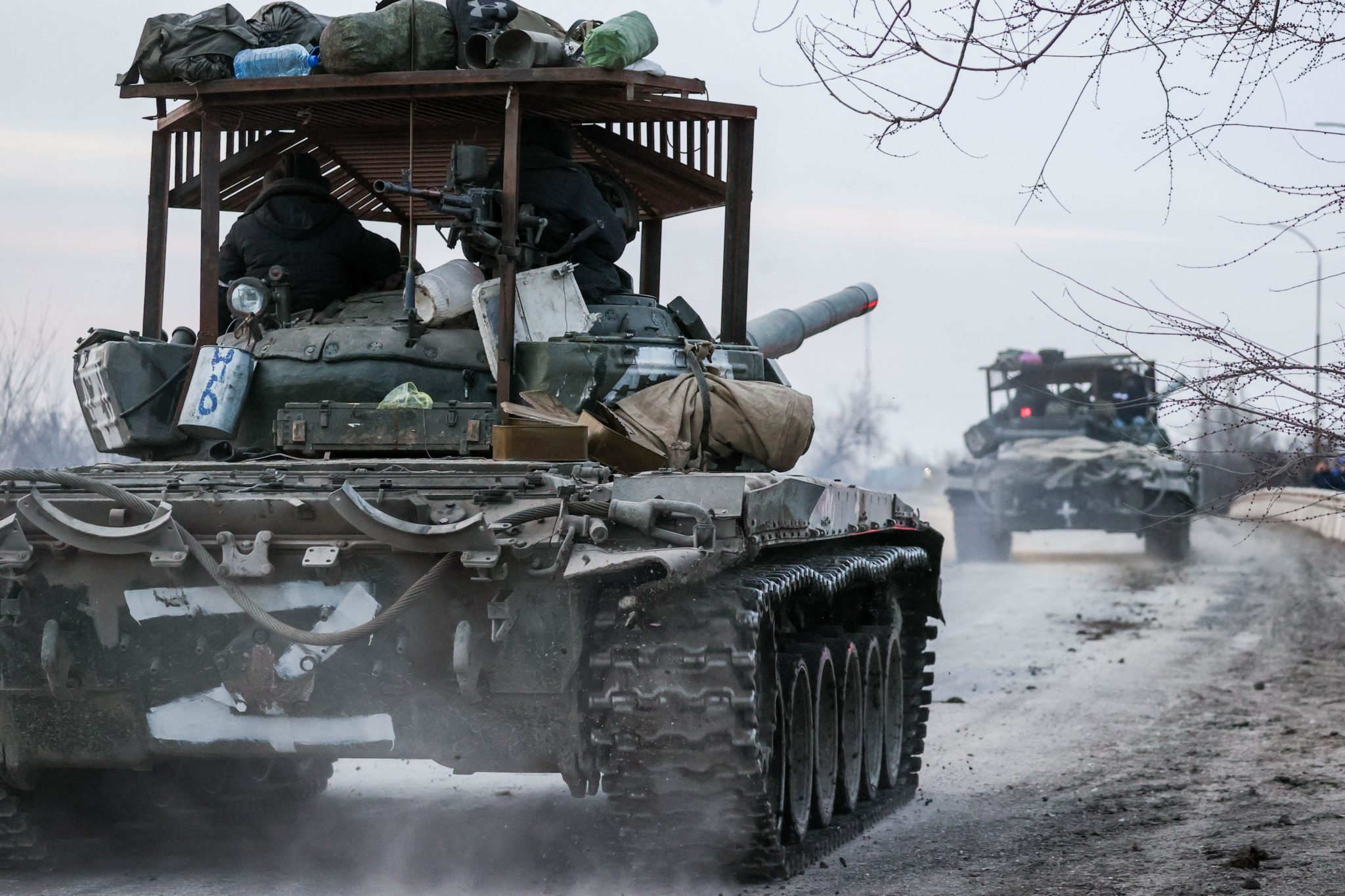 Tanks move across the town of Armyansk, northern Crimea. Early on February 24, President Putin announced a special military operation to be conducted by the Russian Armed Forces in response to appeals for help from the leaders of the Donetsk and Lugansk People's Republics. Credit: Sergei Malgavko/TASS/Alamy Live News

Russia claims to have opened a number of so-called ‘humanitarian corridors’ to allow civilians to flee besieged cities. However, Ukrainians say that Russian forces have repeatedly fired upon those trying to use them:

"For the city of Mariupol, that has been under siege, for three consecutive days Putin promised that he will let the humanitarian convoy out,” MP Kira Rudyk told Newstalk.

"And three times in a row when these women and children, who were melting the snow for water, were trying to get out Russia soldiers were shooting at them.

"[They] were firing their guns so they had to come back.

"And if Putin cannot keep his word in this fairly minor thing, why would the world expect him to be ready for diplomatic negotiations?

"So we know not to trust Putin, but now the whole world sees he cannot be trusted."

Main image: Thousands of residents of Irpin have to abandon their homes and evacuate as the Russian military are closing in. (Credit Image: © Jan Husar/SOPA Images via ZUMA Press Wire) Credit: ZUMA Press Inc/Alamy Live News