At least 57 prisoners have died after a five-hour riot at a prison in Brazil's southwestern regio...

At least 57 prisoners have died after a five-hour riot at a prison in Brazil's southwestern region of Para.

It began at about 7.00am (local time) while breakfast was being served at Altamira Prison.

At least 16 prisoners were beheaded and other victims were asphyxiated.

The number of victims could rise as other parts of the jail are searched. So far, no firearms have been found inside, only makeshift knives.

No prison staff were injured, although two were held hostage and later released.

"It was a targeted attack. The aim was to show that it was a settling of accounts between the two groups, not a protest or rebellion against the prison system," state prisons chief Jarbas Vasconcelos said.

According to Globo.com, the prison has a capacity of 200 detainees but was occupied by 311 prisoners.

Authorities said 46 inmates will be sent to other prisons, with 10 being transferred to stricter jails. 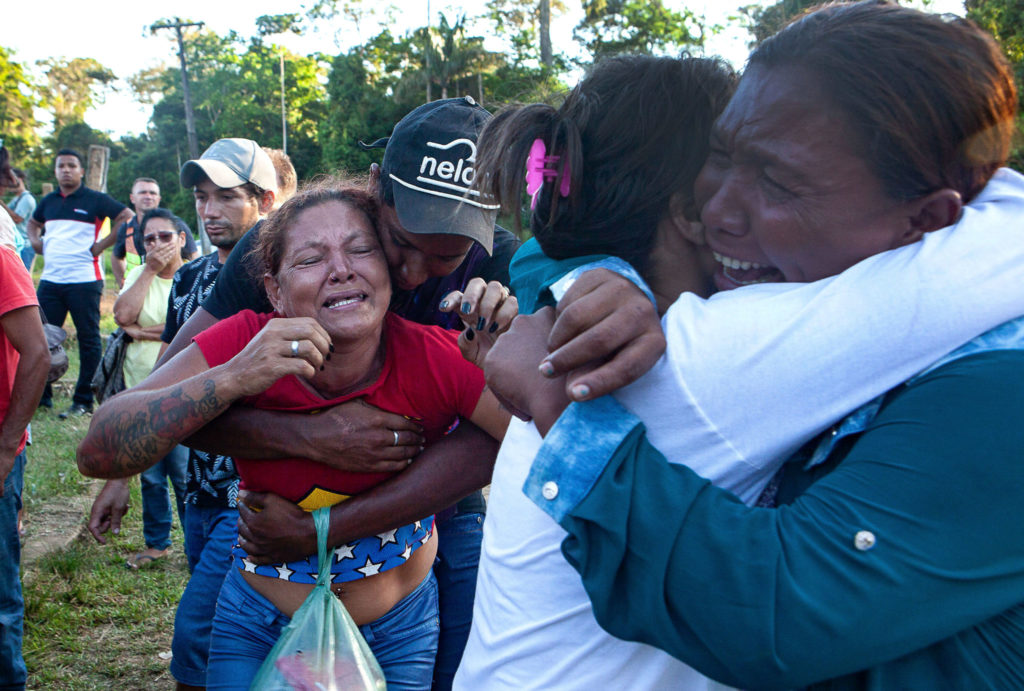 Relatives grieve after dozens of prisoners died in fights between hostile gangs in a prison | Image: Lilo Clareto/DPA/PA Images

However, there is only cell space for just under 416,000, leading to severe overcrowding, inhumane conditions and regular riots.

In May, 55 inmates died at prisons in the country's Amazonas state.

Fifteen prisoners were found dead at one prison, many strangled and stabbed with sharpened toothbrushes.

Another 40 bodies were found at another prison a day later, the victims reportedly dying from asphyxiation.

In January 2017, nearly 150 prisoners died during three weeks of violence across several prisons as gangs backed by Brazil's two largest drug factions attacked one another.

That riot lasted several weeks and was related to control of drug-trafficking routes in the region.

Prison officers in Brazil are often severely outnumbered and many criminal gangs are able to run much of their day-to-day business from prisons.

Brazil's far-right President Jair Bolsonaro has vowed to regain control of the country's prisons as well as building additional ones but most jails are run by states and have been overcrowded and out of control for decades.