The average rent stood at €1,415 in the final quarter of last year

Rents have increased by 100% in the last decade, according to Dr Rory Hearne.

The assistant professor of social policy at Maynooth University was speaking as a new index shows rents for new tenancies increased by 9% nationally last year.

The Residential Tenancies Board (RTB) says the index is based on actual rents paid on 9,346 private tenancies newly-registered with the RTB during the fourth quarter of 2021.

Dublin and the Greater Dublin Area accounted for over half (55.2%) of all new tenancy agreements - 59.7% of new tenancies were for apartments. 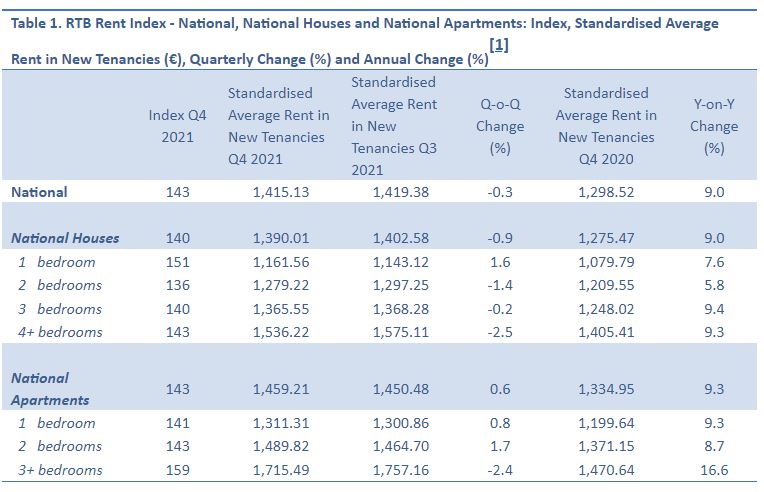 Nationally, the standardised average rent in new tenancies was €1,415 per month - which is a decrease of €4 compared to a year earlier. 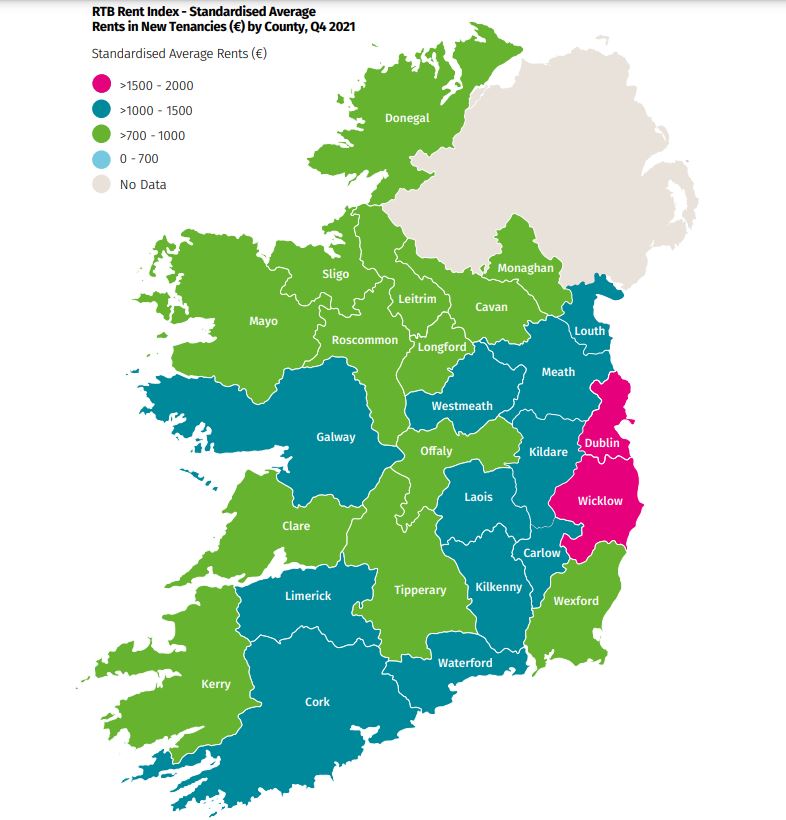 Rents in new tenancies in Dublin were substantially higher than those outside Dublin - at €1,972 per month, compared to €1,104 per month.

It notes there was a reduction of 48% on the number of registered tenancies used in the 2020 sample.

"Just to put some of these figures in context... In 2011, that was the low point when rents hit after the crash, they went down to about €985 a month.

"And people's wages have not increased; they've only increased a fraction of that since that point."

Dublin rents now 100% higher than 2011.
€985 to €1972.
Adding €12,000 a year extra in rent to be paid.
Thats a cost of living crisis!
Government ignored calls for rent freezes year after to suit investor fund REITs.
Failed to provide supply of affordable homes#Rentfreeze pic.twitter.com/RTQCsxLhXW

He says the key issue is supply, and the Government should be stepping in.

"The problem is the private market isn't delivering a sufficient supply.

"And also new supply coming in the private market is really expensive - the build-to-rent properties coming in at 2,000 a month - which are driving up these average rents.

"The problem does come back to the failure, year after year, of Government to build sufficient social housing or sufficient cost-rental housing.

"Landlords are leaving the market... and I have been making the case since the number of landlords have started to increase, that the State should be buying those units.

"If landlords want to get out of the market, if they don't deem it profitable for them, the State should have a scheme where it offers those landlords to buy units - and therefore it would keep tenancies in place and would keep tenants in place". 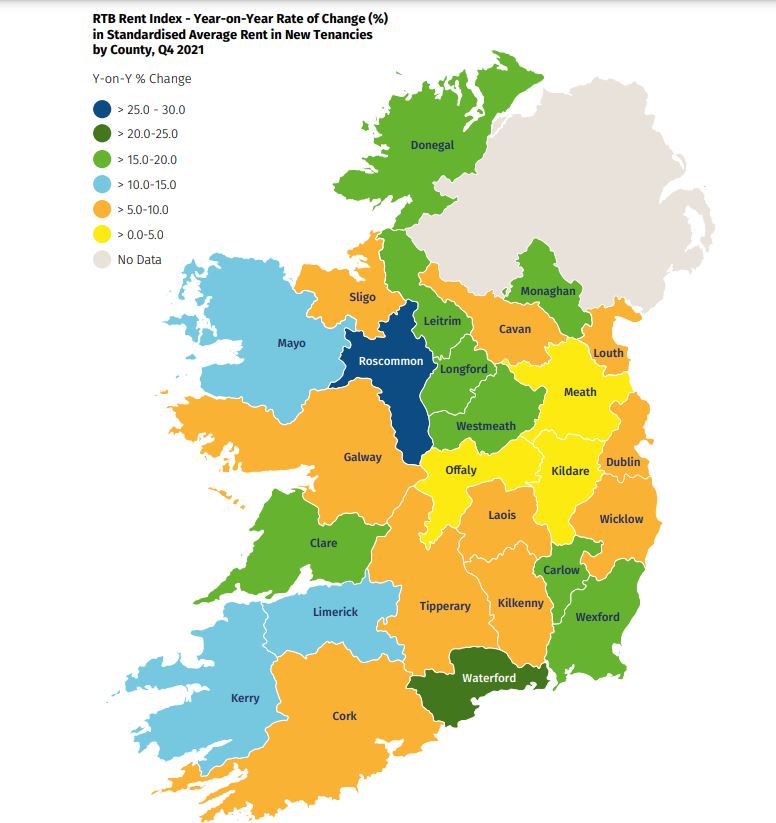 'Cashing in on their investment'

Dr Hearne says there are several reasons for private landlords leaving the market.

"What's driving landlords out of the market is the massive increase in property prices over the last 10 years.

"Landlords are essentially cashing in on their investment asset... or what is happening is that they're actually evicting tenants and then converting the rental property into Airbnb."

He adds that this scenario is about maximising returns, not homes.

"The private rental market is about landlords maximising their return on their investment, it's not about homes.

"When measures are brought in to protect tenants, or to cap rents in favour of tenants to make it affordable, some landlords are saying 'I'm not making enough money from this, so I'm going to sell up'.

"But that for me shows the fundamental problem of relying of so much of our housing market now on the private rental market".

Kelly: Airbnb needs regulation, but only in urban areas