All eyes are on Wembley tonight as England take on Italy in the Euro 2020 final - but many in Ireland will remember the infamously 'shambolic' scenes when the Italians came to Dalymount Park in 1985.

Tens of thousands of fans - many without tickets - packed into Phibsborough to watch the world-famous Italian team, with some fans even taking to the roof above the stands.

Italian footballing authorities were none too impressed by the spectacle, while some of Ireland's own players even voiced their disapproval at the "frightening" crowd sizes.

There was significant fallout from the incident, and it helped herald the end of the 'Dalymount Days' for Ireland.

On today's On The Record, Donal Fallon joined Gavan Reilly to talk about the infamous encounter.

Donal said: "Dalymount had witnessed its packed occasions... things like the Busby Babes taking on Shamrock Rovers. But by the 1980s the ground has very, very significant issues.

"The Evening Herald has this great report on the Italians going out to see the pitch and ground... one Italian coach simply says 'no bella!'

"Italian journalists - 50 of whom travelled to London - are less kind. One described Dalymount as a slum, while another quipped 'the facilities here are equivalent to a third division stadium in Italy.'"

Officials didn't know how many people would turn out, with some expecting around 20,000.

However, the numbers through the turnstiles showed the crowd size was going to be "above and beyond" expectations.

The 50 guards inside and the other 50 outside proved nowhere near enough.

Donal said: "In the end, you have about 40,000 people getting inside the ground - the guards panic, and order the gates be opened. People just flood in.

"When the gates opened, everybody and anybody managed to get in."

Liam Brady, meanwhile, needed to act as a translator for the Italians - letting them know it was a "bit crazy" outside around the stadium.

He ultimately managed to persuade the team to play despite the crowds.

Photos from the archives show just how many people were there - including the iconic shot of the fans standing on top of the stands. 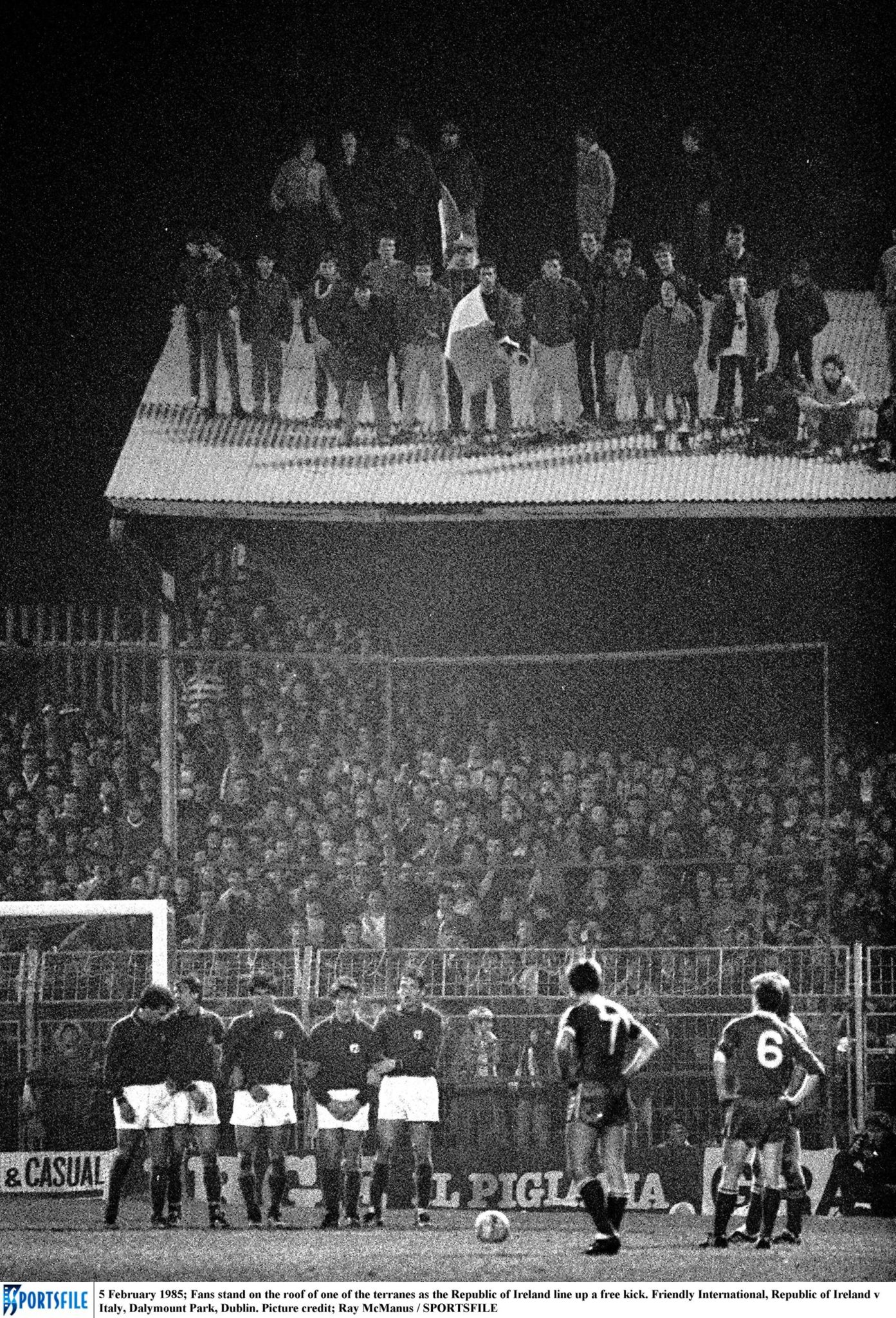 The match itself was ultimately a "glorious defeat" for Ireland - a 2-1 loss to the world champions, which was a decent showing for the Irish team.

It also marked the debut of one of Ireland's most beloved players - Paul McGrath.

Beyond the match itself, the Irish media described the overcrowded scenes at Dalymount as 'shambolic'.

Donal said: "Given what we now know about tragedy in football in the 1980s, it was good fortune as much as anything in how the story of this night isn't remembered as the story of a tragedy.

"It's probably fair to say this was the beginning of the end of international games in Phibsborough."

You can listen to the full podcast here: