Two arrested after rival demonstrations face off in Dublin

Two people have been arrested after rival demonstrations came face to face outside Leinster House...

Two arrested after rival demonstrations face off in Dublin

Two people have been arrested after rival demonstrations came face to face outside Leinster House in Dublin this afternoon.

Around 300 people who gathered outside Leinster House for a demonstration against the Far Right and the “politics of hatred” were met by a second group who said they were there to “defend free speech.”

The second group was carrying tricolours and placards saying “no to hate speech laws” and “keep Ireland Irish.”

There was a heavy Garda presence as the two groups faced off and a man and a woman were arrested on public order offences. 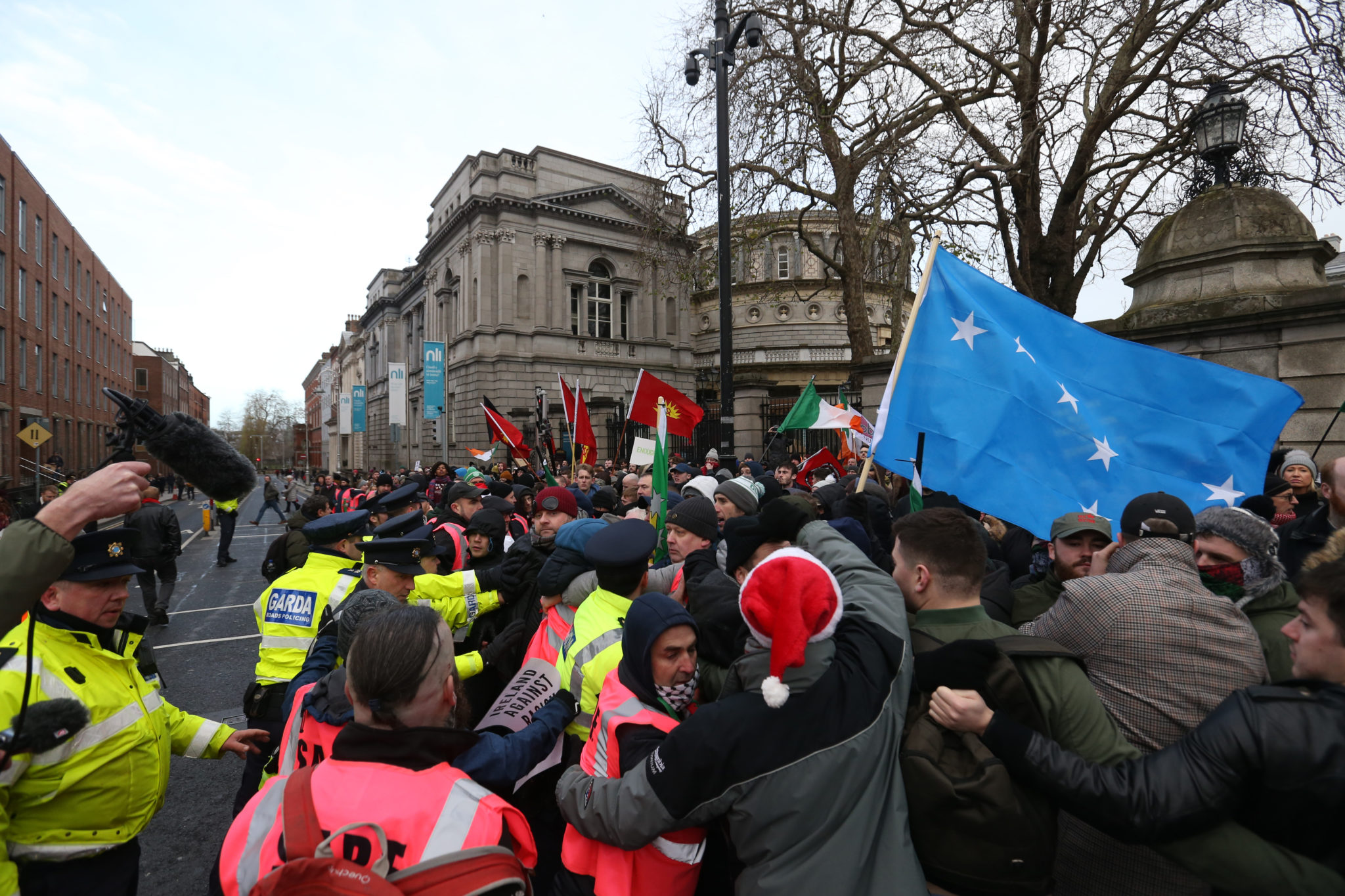 The Rally for Peace saw unions, campaigners against homelessness and minority rights groups joining forces to warn that hatred must not be allowed to divide those working for positive change.

The festive demonstration included musical performances and a wide-range of speakers including advocates for disability rights, minority rights, worker’s rights, campaigners and advocates against homelessness.

Great turnout at the #Rally4Peace so far!

It's outside Leinster House so pop down if your around! pic.twitter.com/0xhkoBPwKc

The demonstration was organised by the Solidarity Alliance against Racism and Fascism (SARF), which was established in 2016.

It said this year’s rally was called in response to “increases in hate crime and hate speech in Ireland, which are linked to an increasingly well-resourced far-right.”

Trócaire delighted to support the #Rally4Peace at Dáil Éireann. Speaking up for love and unity, not hate and division. pic.twitter.com/iA6MZo6nFc

Organiser Yvonne O'Callaghan said we must stand together against hate.

“There are those that seek to divide us,” she said.

“They prey on our concerns about housing, job security and healthcare. They try to pull us apart with division tactics and distract us from working together for positive change.

“They try to get us to blame each other and fight each other instead of campaigning against the causes of poverty, exclusion and austerity.

“We want to come together to hold this space of inclusivity and openness against those forces of division and hate in our society.”

The demonstration got underway outside Leinster House at 1pm.

With reporting from Stephen Bourke at Leinster House