The group says it has increased its shareholding in International Airlines Group from 21.4% to 25.1%.

Qatar Airways Group CEO Akbar Al Baker said: "Our investment to date has been highly successful and the announced increase in our shareholding is evidence of our continued support of IAG and its strategy.

"Qatar Airways continues to consider opportunities to invest in airlines and support management teams that share our vision to enhance travel opportunities for airline passengers across the globe."

Overall the group flies to 268 destinations with 573 aircraft. 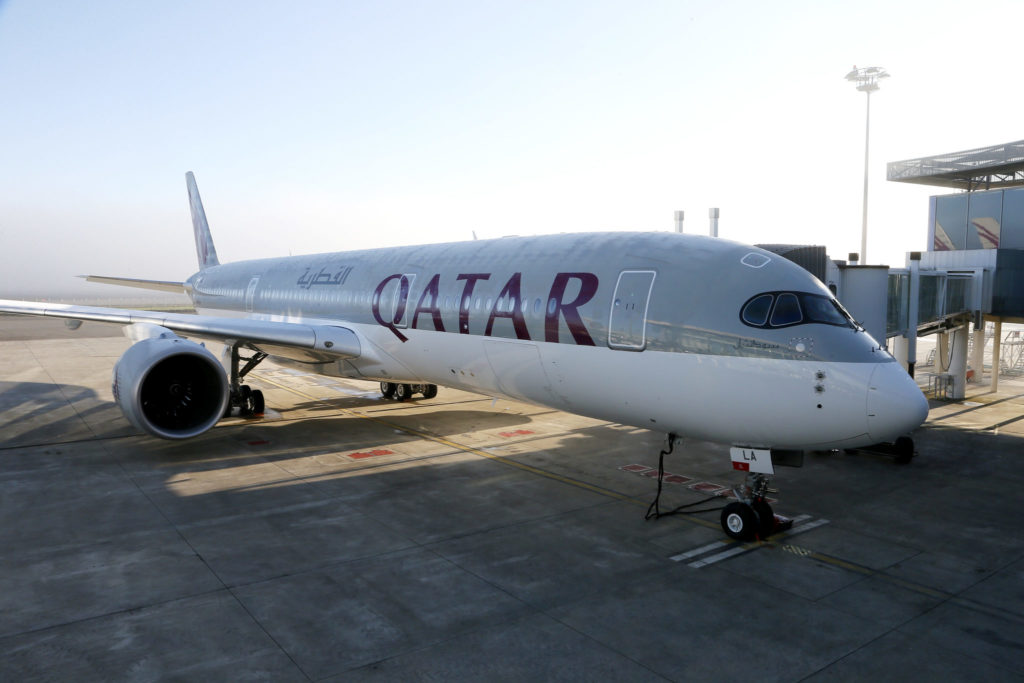 An Airbus A350-900 aircraft for Qatar Airways at the Airbus Group centre in Toulouse, France | Image: Bernard Patrick/ABACA/PA Images

Qatar Airways is the national carrier of the state of Qatar and flies to more than 160 business and leisure destinations.

In January, IAG removed a limiter on non-European Union shareholders.

Records from February 2019 showed that ownership of IAG's issued shares by non-EU persons had reached 47.5%.

Earlier this year, it was announced that Willie Walsh was to retire from his role as chief executive of IAG.

He will stand down from the role in March and officially retire at the end of June.

Mr Walsh, who joined Aer Lingus in 1979 as a cadet pilot, became chief executive of IAG in January 2011 - joining from British Airways where he was chief executive from October 2005.

Prior to joining British Airways he was chief executive at Aer Lingus: a position he was appointed to in the aftermath of 9/11.