Some homeowners in Donegal and Mayo say they are facing higher costs to fix their houses than in ...

Some homeowners in Donegal and Mayo say they are facing higher costs to fix their houses than in other parts of the country.

Over the weekend, thousands of homeowners came out to protest the Government redress scheme for people affected by defective building blocks.

It relates to the presence of pyrite and mica.

Defective blocks that contain high levels of mica absorb water and cause cracking to external and internal walls.

Horizontal, vertical and sporadic cracks can appear on external walls with no correlating cracks internally.

Loren Devers set up the North Mayo Pyrite Group, and said she thought the cracks in her house were 'settling cracks'.

She told Lunchtime Live: "We only moved in six years ago, and anyone we kind of said it to always said 'Oh, they're settling cracks'.

"And then in November 2020 I got a phone call from a family member who had heard about the issue in my area - and as soon as I got the phone call, it kind of made sense.

"During the lockdowns, obviously people weren't coming in and out of the house and they weren't seeing the cracks getting worse.

"When you're in the house yourself, and you see it every day, you don't realise that it's getting so much worse.

"You just get used to it. 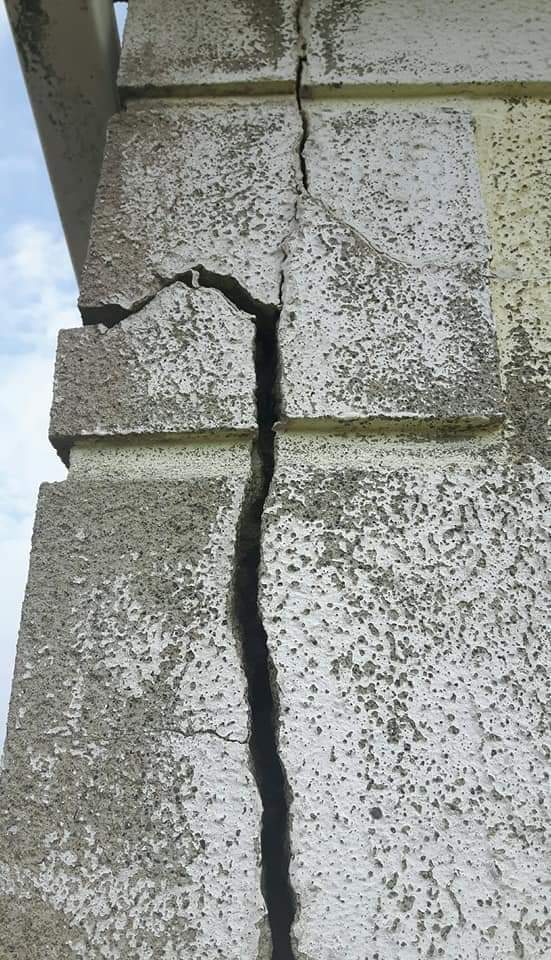 "So it's really the last year that it has escalated - cause once this starts to crack, and the moisture getting in, it just escalated very quickly."

Describing her kitchen, she said: "Just straight across from my kitchen table I have a crack that goes from the ground, the whole way up the wall [and] across the ceiling.

And she said while she is lying in bed she is "looking at cracks going the whole way across the room, over the steel beam that's over my bed."

She said while her house would probably not be as badly affected as those in Donegal, she is not far behind.

"Everywhere you kind of look there's cracks - now they're not to the same extent that you'd see in Donegal, in that regard my house would be a few years behind those.

"But it's inevitable that that's what we're looking to have in the next few years". 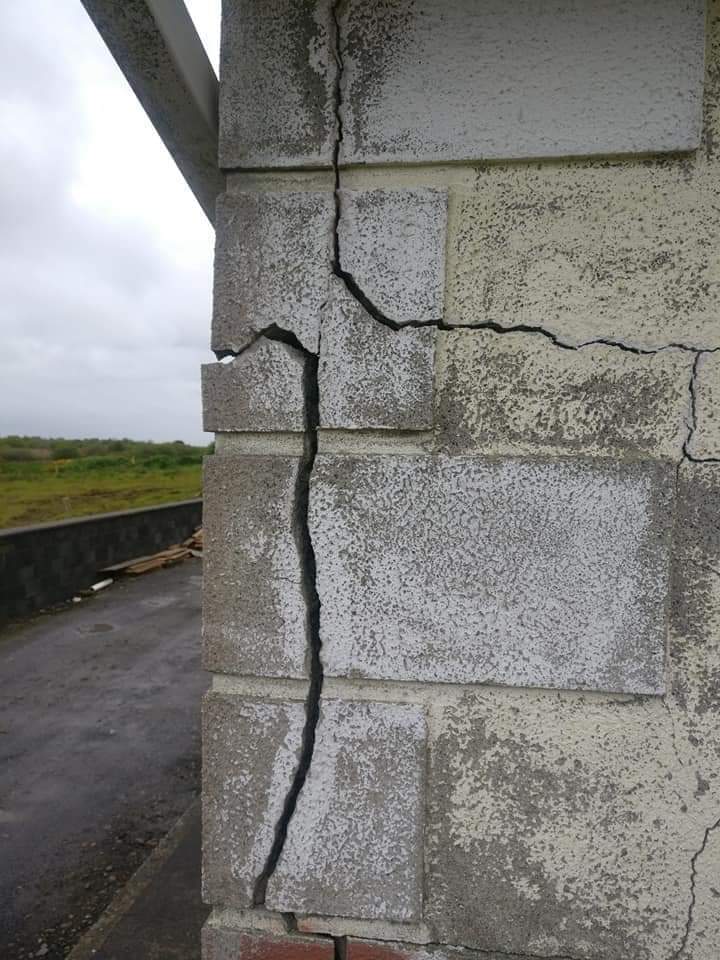 And Loren said she is unsure how much it will cost to fix her house.

"Although we're kind of confused as to why we had to contribute, it seemed manageable for us that it would be about 18,000/20,000 - which is still a lot of money.

"But you'd hope that you could top up your mortgage or do something like that - but that wasn't the case.

"We've had trouble doing that, but it's become clear that the costs are going to be more than double if not treble that".

She added that while the scheme looks 'reasonable' on paper, there are a lot of unexpected costs.

"It's clear that that doesn't touch the side of what needs to be paid for: we have to move out for a year, we have to cover our rent.

"Windows, doors, upgrading the house to have up to date heating standards, insulation - none of that is covered.

"The frustrating part about it is in the east side of the country, they are covered under the Pyrite Remediation Scheme - that was where they have pyrite in their flooring.

"And... 100% of their costs and rent are covered under that scheme, so I think that's where the frustration is really coming from".

Noel is from the Donegal Mica Action Group and said he built his house back in 2004, but only realised there was a problem in 2014.

"You kind of learn to live with it, but as the years progressed it involved us having to park the car from the back of the house - where we were normally coming in and out the back door as the main entrance - to parking the car at the front door where the cracks weren't as bad.

"So visually you weren't seeing the cracks on the house as bad.

"So you're basically just getting into the car and going off to work, or going off [so] you weren't looking at the cracks 24/7.

"I do have to admit it's not great for the mind at all." 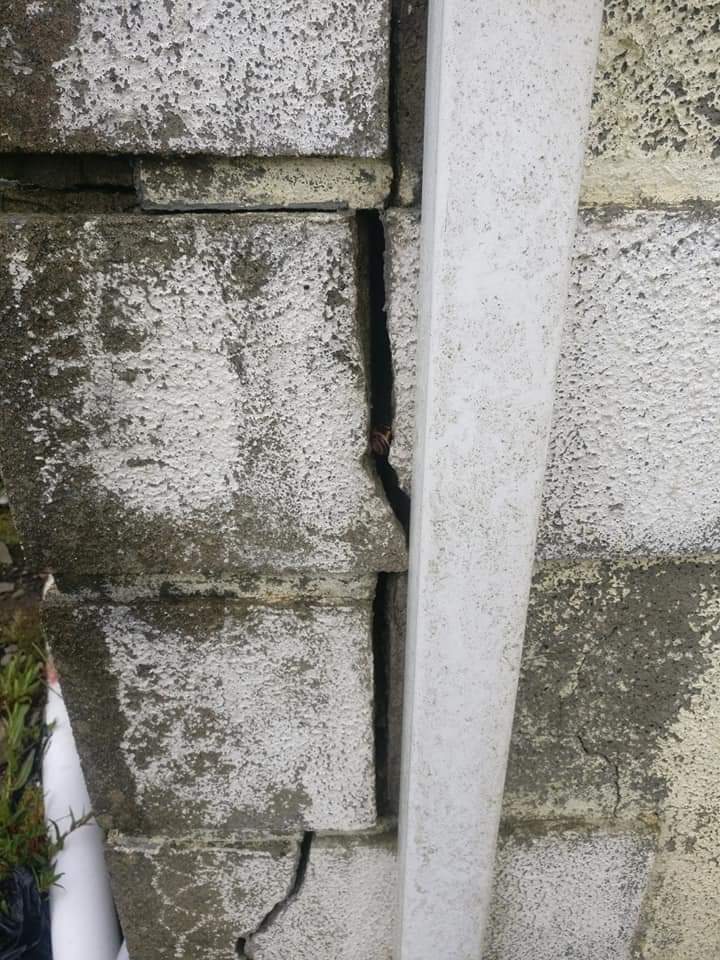 Noel said he was glad to see a scheme to help him and others in his situation, but it has not worked out that way.

"With the scheme that came in, I was one of those people that was reluctantly happy to see the 90/10 scheme.

"We applied and we got approved for option one - of full demolition of the house - in December 2020.

"The engineer has recommended...the safest option for our house is for complete demolishment.

"Once we were told that, we looked at options of how could we make the scheme work best for us".

He said they are now trying to make their house smaller to stay within the limits of the scheme, but this is actually costing them more.

This is owing to new schemes - such as triple glazing and air tightness - that they have to abide by.

"It doesn't make sense, and it only has come to light probably in the last three weeks the true extent of how much we're going to have to pay.

"But the way the mortgage is capped, we're not actually going to be able... it's looking that we would have to be looking at 100,000 or more.

"And that doesn't include rental allowance for us moving out of the house and living somewhere when it's all occurring".