Lucy Shtein escaped while under house arrest for six months

One member of the Russian performance art group Pussy Riot has described how she escaped the country disguised as a food delivery driver.

Several members have experienced imprisonment and house arrest for speaking out against the government there.

Lucy Shtein was put under house arrest for six months, and was then sentenced to a night-time curfew in Moscow.

However she fled Russia at the end of March - despite the fact that she was being monitored with an ankle bracelet.

She told Moncrieff how she evaded the authorities.

"I got this food delivery costume: a green costume with a mask and a huge bag for food.

"I dressed up and I left this way, and after it I went by car through the border."

Lucy says she did not cross the border at any official checkpoints.

"I didn't cross the orificial Russian border... there's no actual border between Belarus and Russia.

"It's like huge friendship between these two totalitarian leaders and countries." 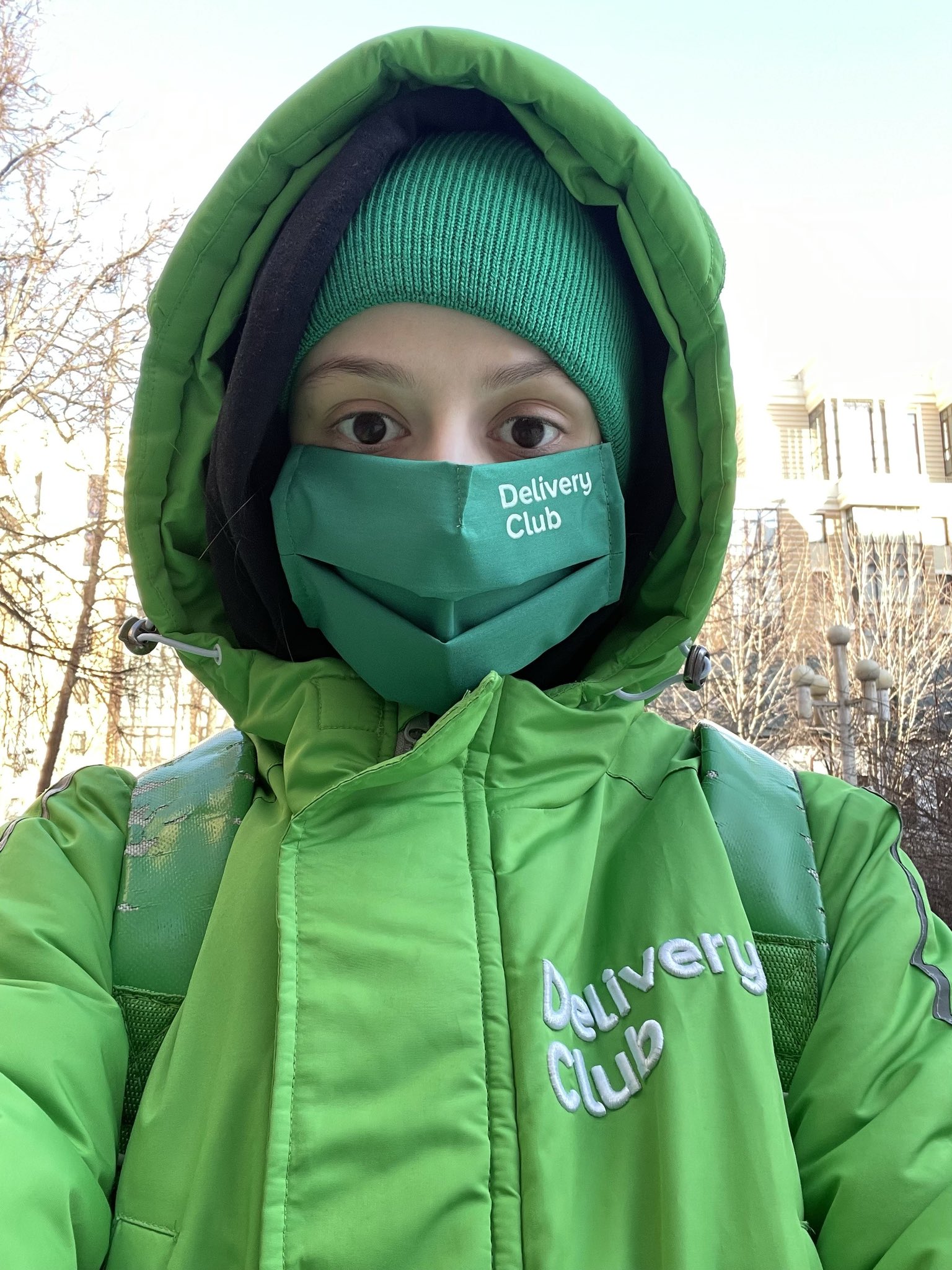 Lucy Shtein is seen in a food delivery uniform in Moscow, Russia. Picture via Twitter/@lcshtn

But she says other people will likely get out of Russia in a similar way.

"I don't want to talk about these methods, because I'm not the last person who has to escape this way.

"And I'm afraid it can [have] a negative affect and they can just do something with it, make it impossible to leave".

Lucy says the types of restrictions she faced are considered normal.

"It's not connected with the sentence for a criminal case, it is just a usual thing for Moscow activists.

"[If] there are any protests even in the city, Moscow police usually control every activist and they detain activists if they try to leave home.

"They know that these people can do anything, like protest political action, and they have to prevent it".

And she says the invasion of Ukraine was her impetus to leave.

"I decided to escape because of the war, of which Russia started against the Ukraine.

"Personally I wanted to stay, to wait for the end of my sentence - because I felt that I wanted to be able to leave Russia legally and to come back.

"But when the war started and Russia invaded Ukraine, I realised that even if I won't be prosecuted in Russia - even if they would leave me alone and I'll be able to leave there like a free person - I don't want to stay there anymore". 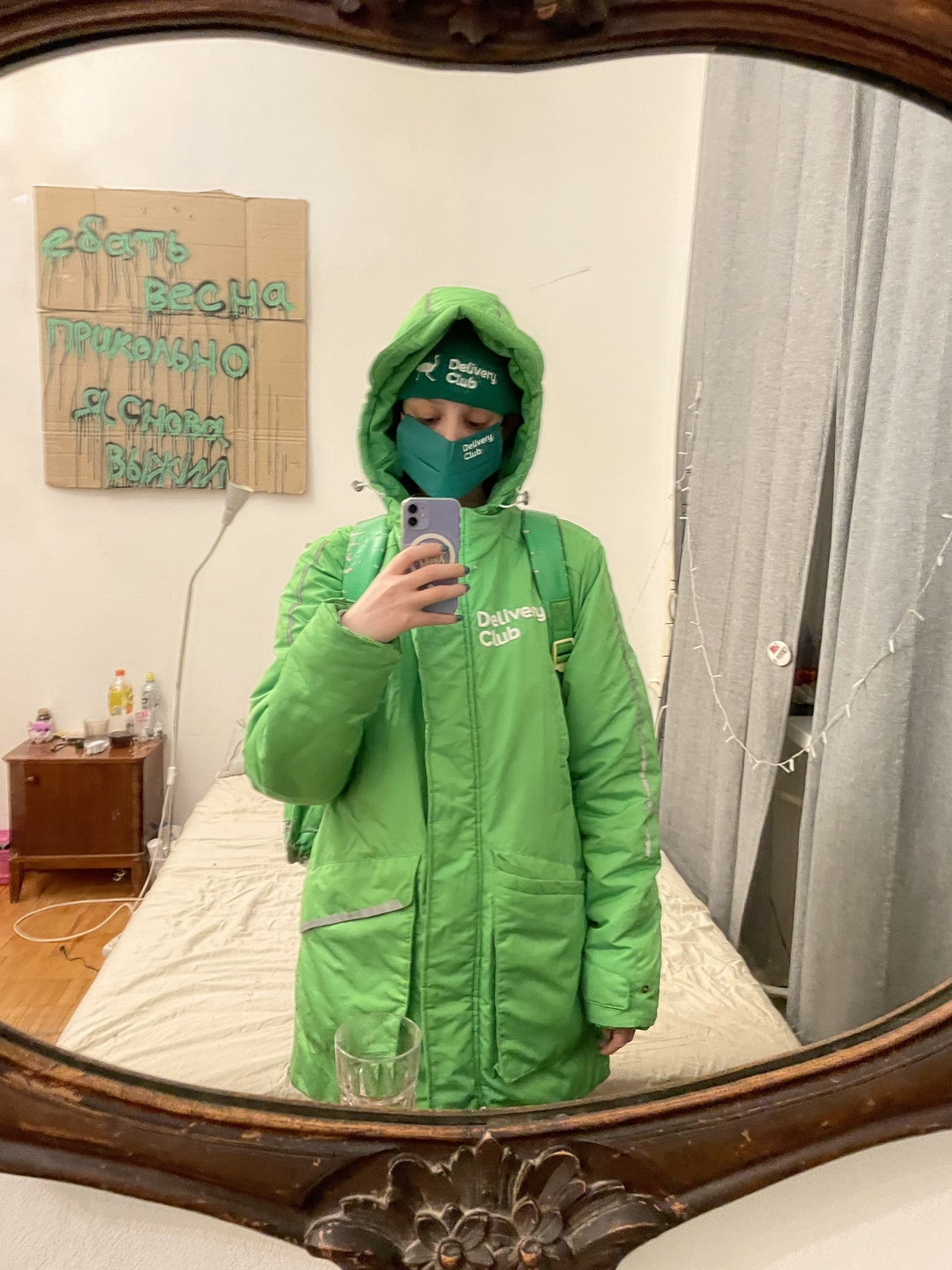 Lucy Shtein is seen in a food delivery uniform in Moscow, Russia. Picture via Twitter/@lcshtn

'I hope it will change'

Lucy, who is now on a 'wanted' list in Russia, says her family have already left the country.

"My parents left Russia several years ago, so I'm happy about it.

"People from [the] opposition who have their parents or kids or any relatives in Russia and leave Russia... if they continue their activism abroad, Russian government try to push them through their relatives.

"So I'm happy that my parents live aboard now".

Asked if she sees any change in Russia soon, she says it's unlikely.

"I hope it will change [but] I'm not sure that soon.

"Even if Putin leaves, there is a huge system he built - and not just him, but lots of people.

"And it has to take a long time to do something with that system to change it - it is not just Putin".