There were be no public displays or events due to the coronavirus pandemic.

Instead,  the 104th anniversary of the 1916 Rising was marked at Áras an Uachtaráin.

The ceremony began at around midday when President Higgins rang the Peace Bell.

This was followed by a prayer and a wreath-laying ceremony. 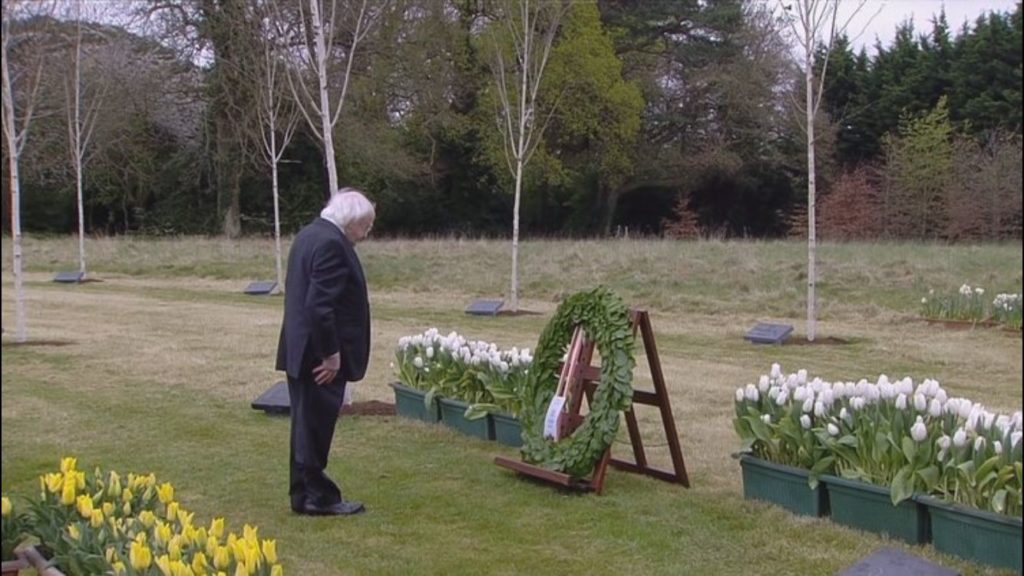 The wreath was laid at a group of 16 birch trees that were planted by President Higgins and his wife Sabina, in honour of the revolutionaries executed after the 1916 Rising.

This was then followed by a minute’s silence, commemorating those who died in the Easter Rising - as well as the victims of the COVID-19 pandemic.

A reading of the Proclamation also took place outside the GPO in Dublin city centre.

This was done by Captain Darren Reilly. 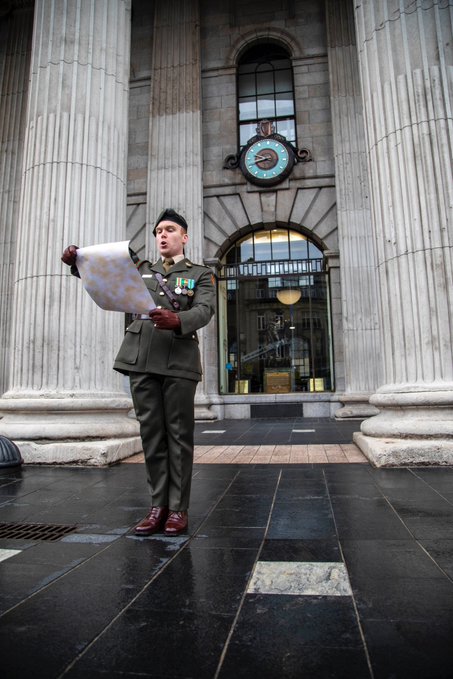 Capt Darren Reilly reads the Proclamation outside the GPO in Dublin. Picture by: Twitter/@defenceforces 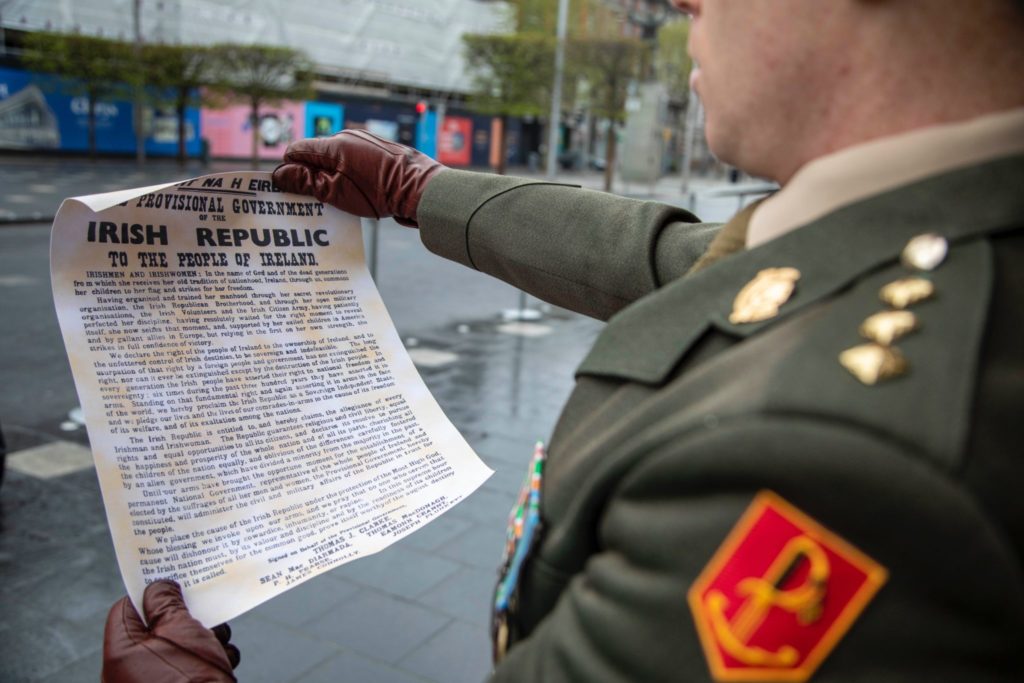 The United Nations flag also flew at the GPO for the occasion.

Taoiseach Leo Varadkar said this was a "a symbolic gesture" to show Ireland's solidarity with the UN and the countries of the world fighting COVID-19. 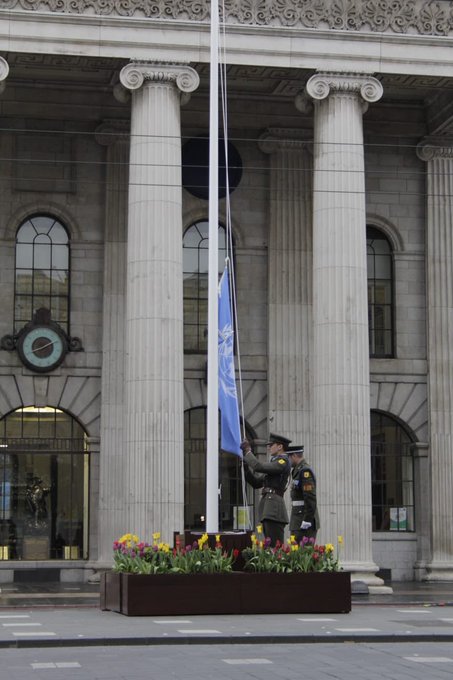 The UN flag at the GPO in Dublin city. Picture by: Twitter/@LeoVaradkar

Speaking earlier this week, President Higgins said: "Easter, for us Irish, is a time of remembrance, reflection, hope for the future and, for so many, a coming together with those we hold dear.

"This Easter will be unlike any we can remember. This weekend, we must do things differently.

"We must show our love for each other, our solidarity with the most vulnerable among us and our support for the thousands of women and men who have been working so hard to provide us with essential services and to keep us safe by staying at home, keeping our distance and supporting each other in ways that do not put anyone at risk.

"I believe that this is a most fitting tribute to all those who have given so much to Ireland and to the Irish people."

"This weekend we remember, with appreciation, those who laid the foundations of our Republic and all those who are giving witness to the generous ideals of a true Republic in their words and deeds during these most challenging times."