Proposals have been unveiled to redevelop the north end of O'Connell Street and Moore Street in D...

Proposals have been unveiled to redevelop the north end of O'Connell Street and Moore Street in Dublin city centre.

The focus will be on a mixed-use development for both residential and business premises.

There are plans to create two new civic squares, shops, offices, apartments and a hotel. 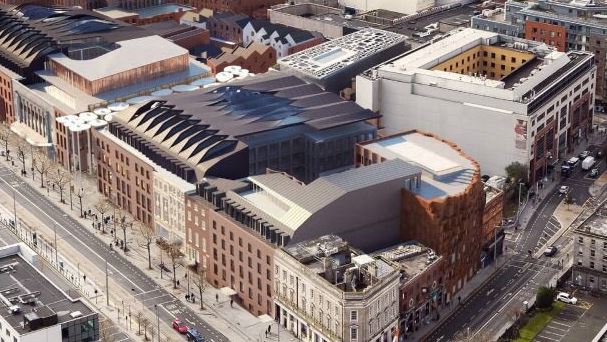 The plans are from British developer Hammerson, which owns the Dundrum Town Centre.

The company recently announced plans for a Stella Bowl bowling alley and cocktail bar to anchor a new dining and leisure development at the shopping centre. 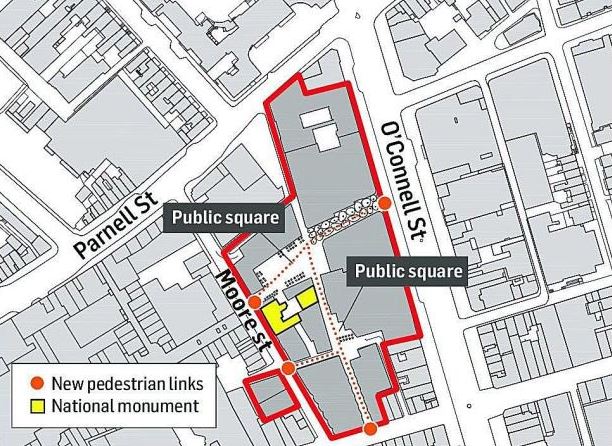 Dublin Chamber has said the city centre plans "successfully walk the fine line between preserving the area's history and maximising the huge potential of the site."

The groups head of communications, Graeme McQueen, said: "The north of O'Connell Street has been lying idle for far too long.

"O'Connell Street should be the jewel in the crown of Dublin. 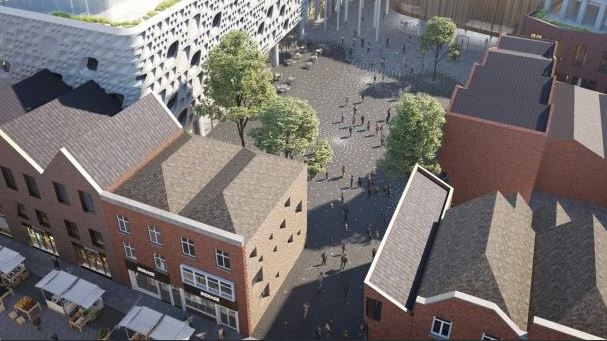 "But over the past few decades it has become an area of huge frustrating for both businesses and locals.

"The plan from Hammerson to redevelop the entire area is very welcome and has the potential to be the start of a bright new era for both O'Connell Street and the wider north city centre area."

Main image: A computer-generated image shows a canopy of lily-pad-like structures at the end of O'Connell Street | Image via @GraemeMcQ on Twitter