21 hospitalised after plane skids off runway and into Florida river

Twenty-one people have been taken to hospital after a plane skidded off a runway and into a river...

21 hospitalised after plane skids off runway and into Florida river

Twenty-one people have been taken to hospital after a plane skidded off a runway and into a river while attempting to land during a thunderstorm.

The Boeing 737 jet was arriving in to Jacksonville, Florida from Guantanamo Bay in Cuba.

The aircraft was carrying 136 passengers and seven crew when it skidded off the runaway and came to rest in shallow water.

It was not submerged and the Jacksonville Sheriff's Office, which sent a marine unit to help in the rescue, said everyone survived the crash and escaped safely.

Jacksonville Sheriff's Office, which sent a marine unit to help in the rescue, said everyone survived the crash and escaped safely.

Around 90 firefighters also attended the scene.

All those taken to hospital were said to be in a good condition, with no critical injuries.

A passenger on board the plane, lawyer Cheryl Bormann, told CNN that the flight, which had been four hours late in taking off, made a "really hard landing" in Jacksonville during thunder and lightning.

"We came down; the plane literally hit the ground and bounced. It was clear the pilot did not have total control of the plane. It bounced again," she said, adding that the experience was "terrifying."

Ms Bormann, who is from Chicago, said she hit her head on a plastic tray on the seat in front of her as the plane veered sideways and off the runway.

"We were in the water, we couldn't tell where we were, whether it was a river or an ocean." 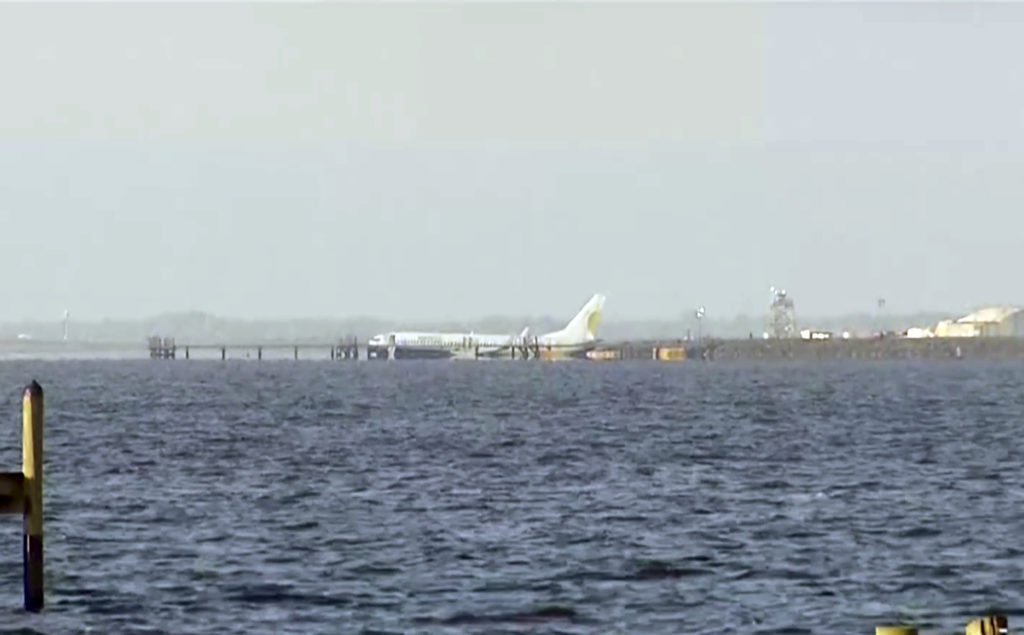 A charter plane carrying 143 people and travelling from Cuba to north Florida sits in a river at the end of a runway, 04-05-2019. Image: AP Photo/APTN

Passengers, many of whom were military personnel, assisted each other out on to the wing of the plane where they got into a raft.

Captain Michael Connor, the commanding officer of NAS Jacksonville, said during a news conference that passengers were a mix of civilian and military personnel.

Acknowledging the crash could have been much worse, he said: "I think it is a miracle. We could be talking about a different story this evening." 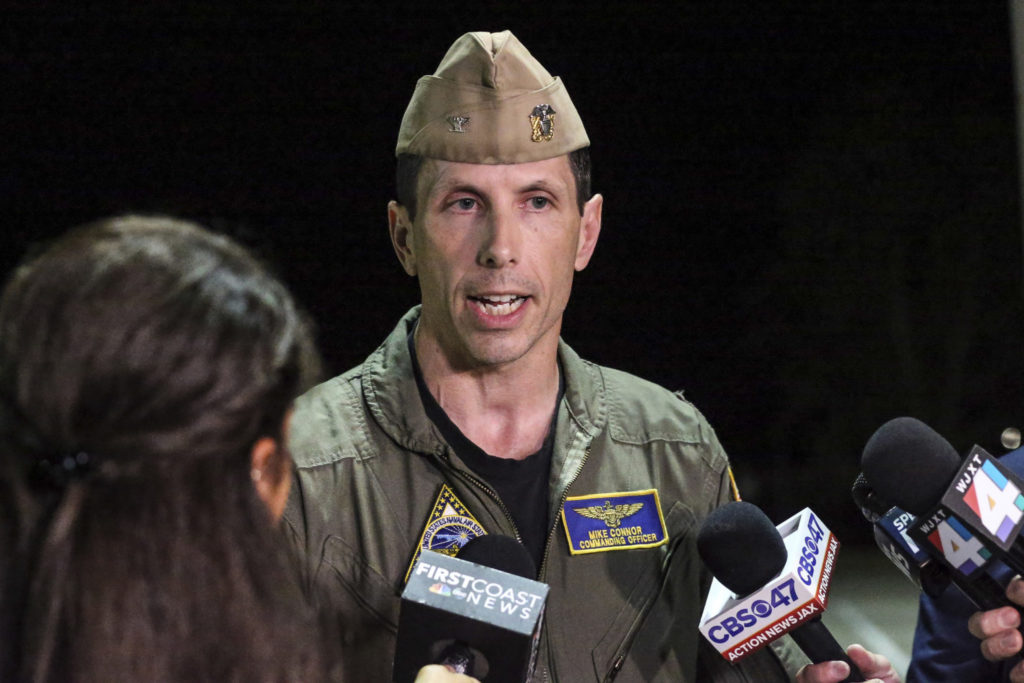 The plane bore the logo of Miami Air International, a charter airline which operates Boeing 737-800s, different from the 737 MAX 8 aircraft that has been grounded following two fatal crashes involving that plane.

Boeing said in a tweet: "We are aware of an incident in Jacksonville, Florida, and are gathering information."

An investigation has been launched by federal aviation authorities into the cause of the crash.