A new scheme is to be used to detect speeding drivers on motorways that measures their average tr...

A new scheme is to be used to detect speeding drivers on motorways that measures their average travel time between two points.

The pilot scheme is being run on the M7 in Tipperary between Junction 26-Nenagh (West) and Junction 27-Birdhill.

Analysis of traffic data by Transport Infrastructure Ireland (TII) showed that speeding is typical of driver behaviour on low traffic volume sections of the motorway.

TII has analysed speed data on the M7 corridor since 2017 and identified speeding as a "significant issue", with some 40% of drivers exceeding the 120 km/h speed limit on certain sections.

Gardaí say the objective is to "secure compliance, not prosecutions". 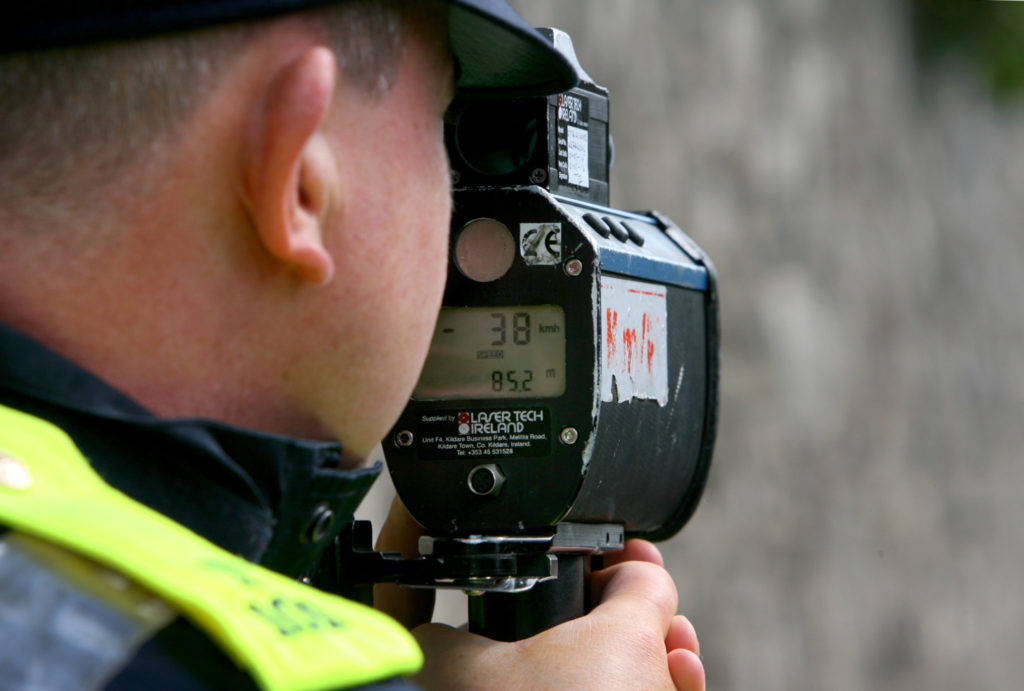 A Garda with a speed camera in 2015. Picture by: RollingNews

Independent TD for Kerry, Michael Healy-Rae, told Newstalk Breakfast this will be used to catch people out.

He suggested the people affected would be "hard-working people, they're out in the morning, they're paying for childcare."

Host Shane Coleman pointed out that the people being referred to were breaking the law, to which Deputy Healy-Rae said: "Yes, and you see technically speaking yes.

"But is it this awful offence that, in one of these new speed control measure areas, if a person goes up to 122 instead of 120?"

He said under the system, if a person's average speed is above 120km/h they could accrue penalty points.

He added that if the scheme was successful, it would be used in several other areas.

"Have no doubt: if this is seen to be what we'd call successful - in other words, if it will catch a lot of people - the next thing that will happen is in other areas, where the speed limit would be a lot less for instance, you will have this rolled out and introduced.

"So you could have people literally travelling between any part of inside in a county - it need not necessarily be on a motorway - and it's like a new way of trying to catch people out".

Deputy Healy-Rae said he would "never condone or promote anybody breaking any rules or regulations.

"But I live in a world where everything is not perfect, and while we all aspire to do the right thing every day... we have to go back to when penalty points and when new new measures were brought in.

"They were very set measures, and there was a very certain amount of penalty points for offences committed.

"But since that time, there's been a continuation of a growth of the penalty points being applied, and a growth in the amount of offences that attract penalty points.

"And, of course, accruing in gathering revenue for the State".

'Not meant to be punitive'

While former Transport Minister Shane Ross said it is not about money, but saving lives.

"Warnings are going to be given about this, it's a pilot scheme.

"It's not meant to be punitive - although there will of course be penalty points to stop people - it's so that people can get into a mindset where they actually now begin to realise the benefits of keeping to the speed limits.

"It's a life-saving measure.

"The judgement of success on this will not be how many people it catches or the revenue - the judgement and the criteria of success is whether it saves lives.

"That's why it's going to be a pilot scheme to see what the result of that is.

"And I think it'd be a very good thing if this is extended further in the country, if we can see lives being saved".

An identical system has been operational within the Dublin Tunnel since mid-2017, which Gardaí say has been "hugely successful" in improving driver behaviour as regards speeding.

The installation of equipment at the M7 sites started on March 8th, and will be followed by a period of testing and commissioning.

At the M7 locations, motorists will soon see roadside equipment being deployed for the camera system - including yellow poles and cameras traditionally associated with speed measurement.

While the 'go-live' date for operations will be determined by An Garda Síochána, there will be a formal announcement at least 10 days prior to that time.

Main image: Independent TD Michael Healy-Rae is seen outside the Dáil in 2016. Picture by: RollingNews.ie

I'm proud of myself, I can't win every match | Osaka on exiting Australian Open

Section of the M7 in County Kildare to remain closed today