The deer in Phoenix Park could soon start attacking people for food, a research scientist has war...

The deer in Phoenix Park could soon start attacking people for food, a research scientist has warned.

For years people have been told not to feed the animals because of the poor effects on their health. Human food is the equivalent of junk food for deer and previous studies have suggested it could lead to smaller antlers - something that means they become less able to compete for mates during the rut.

It could also mean the deer soon start attacking people for food as they become increasingly used to being fed by humans:

“When you have this population that continuously harasses people for food you end up losing control,” Laura Griffin, a PhD candidate at UCD, warned on The Pat Kenny Show.

“So for example, there’s a park in Japan where people have continuously fed for years and as a result the population has moved towards becoming very bold around people where they’ll actually pursue people for food.

“They’ll puck them, they’ll bite them and as a result they report hundreds of injuries each year to visitors and tourists who come out to interact with the deer - some of which even end up being broken bones.” 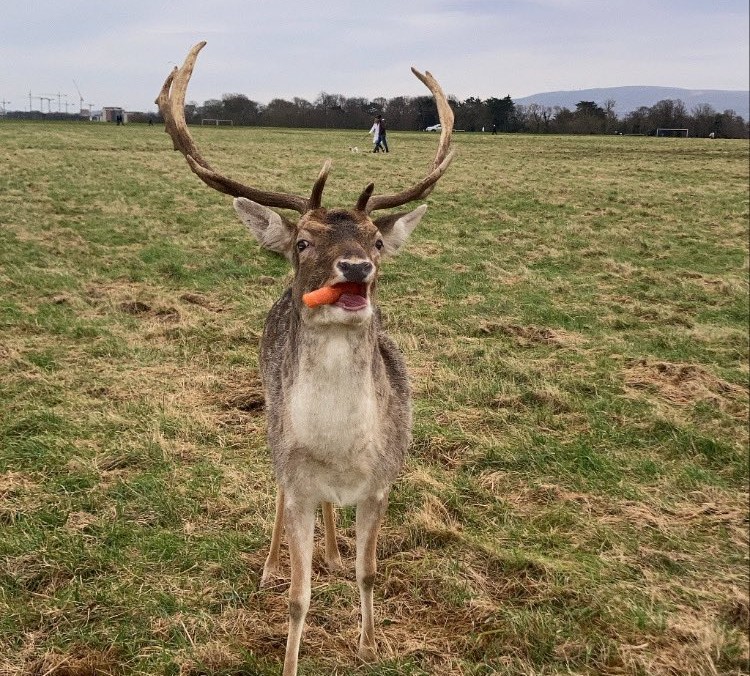 Photo of the deer in Dublin's Phoenix Park. Image via Amy Murphy / Twitter

Ms Griffin is also concerned that this boldness when it comes to begging for food could soon become dominant within the herd:

“Boldness can have a genetic element,” she explained.

“That means that this behaviour could become more predominant in the future. So if you’re looking 10 years down the line you could have a group of animals in the park that are consistently coming up and harassing people for food.”

Deer have lived in Phoenix Park for 350 years and the current herd numbers some 600 animals.