Children are being asked not to put a pet on their Christmas wish list because animals get sick o...

Children are being asked not to put a pet on their Christmas wish list because animals get sick on Santa’s sleigh, the Dublin Society for Prevention of Cruelty to Animals has said.

“The simple advice is animals get travel sick, so they don’t travel very well on the sledge, so they don’t get delivered by Santa,” Gillian Bird of the DSPCA told Newstalk.

Instead of getting a pet for Christmas, Ms Bird recommends doing research about what it entails and perhaps fostering an animal beforehand:

“The best thing to do is, if you have somebody who genuinely wants an animal, it’s all about research. It’s about the things they need.

“So if you do plan to get a pet for your family - because it is a family pet - then maybe for Christmas what you need to get is a book on how to look after the animal. You need to get some of the equipment you need, you need the dog bed, the collars, the leads, a voucher for the vet’s and for the vaccinations you’re going to need.

“And then go to a rescue centre after Christmas and adopt one. Or ideally foster one over Christmas and then you’ll get a really good idea if it is the right animal for you.”

Ms Bird has previously said that it is hugely difficult to stop the sale and trade of illegal puppies in Ireland and that current legislation needs to be updated:

"Unfortunately in Ireland we have a thing called the Dog Breeding Establishment Act, where people can actually register themselves as breeders.

"And one of the issues that the DSCPA and the Irish Kennel Club have is the fact that there is no capping on the number of dogs that can actually be registered.

"If you can prove that you can adequately look after 400 or 500 breeding female dogs, they will issue you with a licence for it.

"And who in their right mind can actually look after that amount of female dogs and their puppies properly and adequately?”

Earlier this week the DSPCA was involved in a multi agency operation with An Garda Síochána and South Dublin County Council in which dozens of pets were found living in “inhumane conditions”. 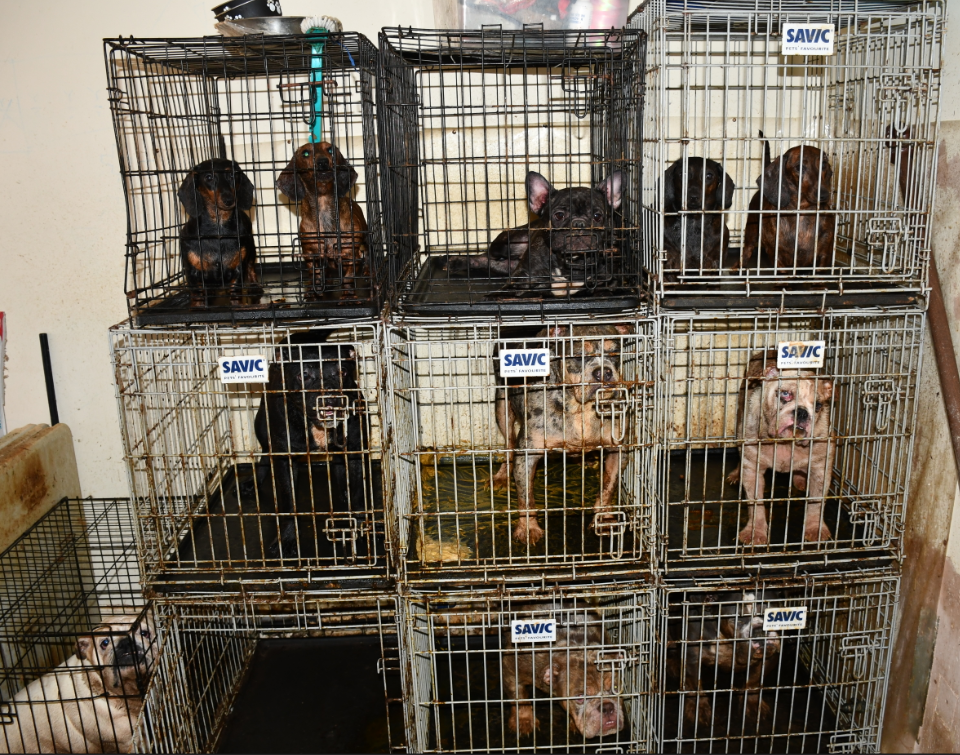 Animals found in inhumane conditions in Citywest. Picture by: An Garda Síochána

38 dogs, cats, parrots, tarantulas, a snake, a scorpion and a millipede were all rescued from cages in two Citywest apartments.

No arrests have been made but a Garda investigation is ongoing.