Passport applications have 'gone off the charts' this year - Coveney

Passport applications have 'gone off the charts' this year - Coveney

The number of passport applications has “gone off the charts” this year, the Foreign Affairs Minister has said.

Speaking in the Dáil this afternoon, Simon Coveney said there has been well over 100,000 applications in each of the first three months of 2022.

He said the Passport Office had never dealt with more than 100,000 in a month before.

He was speaking after Limerick TD Richard O’Donoghue warned that huge delays in non-standard passport applications was causing “stress and anxiety” for families. 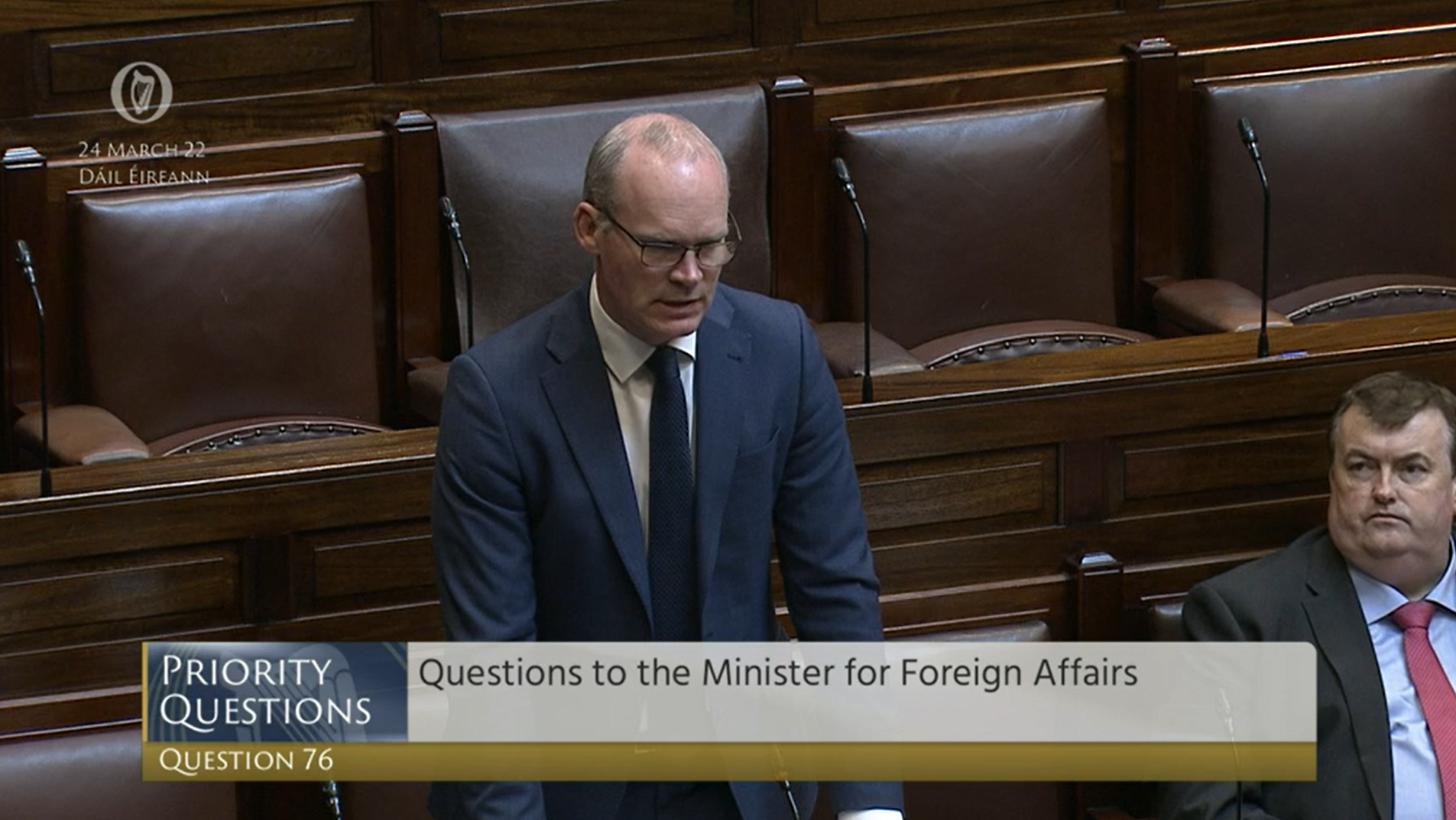 The Foreign Affairs Minister Simon Coveney speaking in the Dáil.

Minister Coveney said the Passport Office was dealing with the highest number of applications it has ever faced.

“The main issue that is driving pressure at the moment is just the sheer volume of applications,” he said. “It is just off the charts in terms of anything else we have experienced in recent years.

“We have had three months in a row now of record application numbers – as in the highest ever.

He said the system is working “reasonably well” for the most part – with people getting their passport back within a day when their application is “straight-froward”.

“Obviously for other more complicated cases it is different and we do need to have a system to allow Oireachtas members to intervene when necessary,” he said.

“This week there have been very high volumes and my understanding is the wait on the phones has been longer than normal and we are going to respond to that in terms of increasing resources accordingly,” he said.

He said there were around 460 people working at the Passport Office last summer adding that he expected that number to have risen to 900 by the end of this month.

Over 40,000 applications to HSE 'On Call for Ireland' initiative

Record number of applicants for Irish passports in 2019