Next summer could see “one of the biggest seat sales in the history of aviation” as internati...

Next summer could see “one of the biggest seat sales in the history of aviation” as international travel reopens.

Travel expert Eoghan Corry has said airlines will be doing everything they can to stimulate passenger numbers as the new Traffic Light system for international travel takes effect.

Ireland yesterday went from ‘Red’ to ‘Orange’ under the system, along with parts of Norway and Finland, Iceland, the Canary Islands and some of the Greek islands.

On Newstalk Breakfast this morning, Travel Extra Editor Eoghan Corry said the change “doesn’t mean an awful lot immediately, but it is really good news on a dark November morning.”

He said Irish people will now not need to take a PCR COVID-19 test before travelling to the Canary Islands.

“It is not the end but, to paraphrase the great Sean O’Casey quote that was borrowed by Winston Churchill, it is the end of the beginning.”

Under the system, countries are designated ‘Red,’ ‘Orange’ or ‘Green’ depending on their COVID-19 rates and testing positivity.

While passengers from Green regions can travel without restriction, each country has been asked to put in place its own system of restrictions for passengers travelling from Orange or Red regions.

Ireland currently requires people arriving from Orange countries to isolate on arrival – unless they sit a negative COVID-19 test in the three days before flying.

From November 29th meanwhile, passengers arriving into Ireland from Red countries will be permitted to end their self-isolation after five days, provided they receive a negative test result. 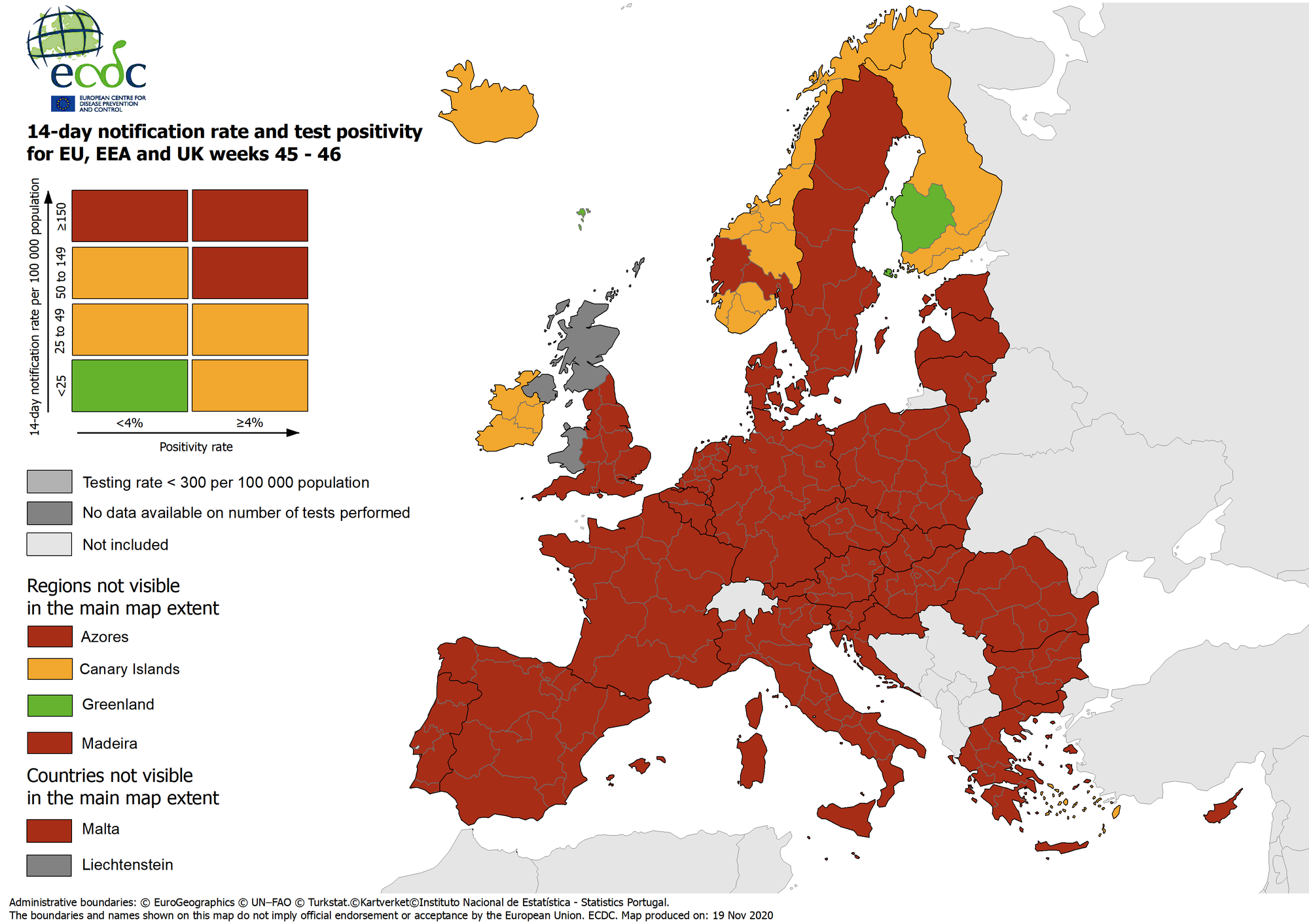 Mr Corry said the latest booking figures show that, despite the new system, there is still “not a hell of a lot of demand” for flights.

He said there are already fares on offer that would not be available in “normal times” – with Christmas Eve flights from Birmingham to Dublin currently available for less than €20 each way.

He said many parts of Europe are likely be “bouncing in and out of lockdown” in the coming months, making it difficult to plan ahead; however, there will be deals on offer for those willing to take the risk.

“We are going to face one of the biggest seat sales in the history of aviation because, to get people moving, Michael O’Leary only has one method,” he said.

“There is only one way out of this and that is reducing prices – so we are going to see amazing seat sales.”