People have been advised not to book flights home to Ireland for Christmas. Tánaiste Leo Varadka...

People have been advised not to book flights home to Ireland for Christmas.

Tánaiste Leo Varadkar has told the Dáil it is too early for people to book flights home without knowing what the coronavirus restrictions will be.

While some backbench Fianna Fáil TDs have called for an easing of restrictions, the decision will largely rest on advice from the Chief Medical Officer Dr Tony Holohan.

Dr Holohan has previously suggested that international travel could be riskier in the weeks before Christmas than it is now.

Last week he told the Oireachtas Transport Committee that international travel is simply unsafe, and the risk is likely to increase in the weeks before Christmas.

"The level of disease transmission in this country is improving at a point when the vast majority of countries in Europe are disimproving", he said. 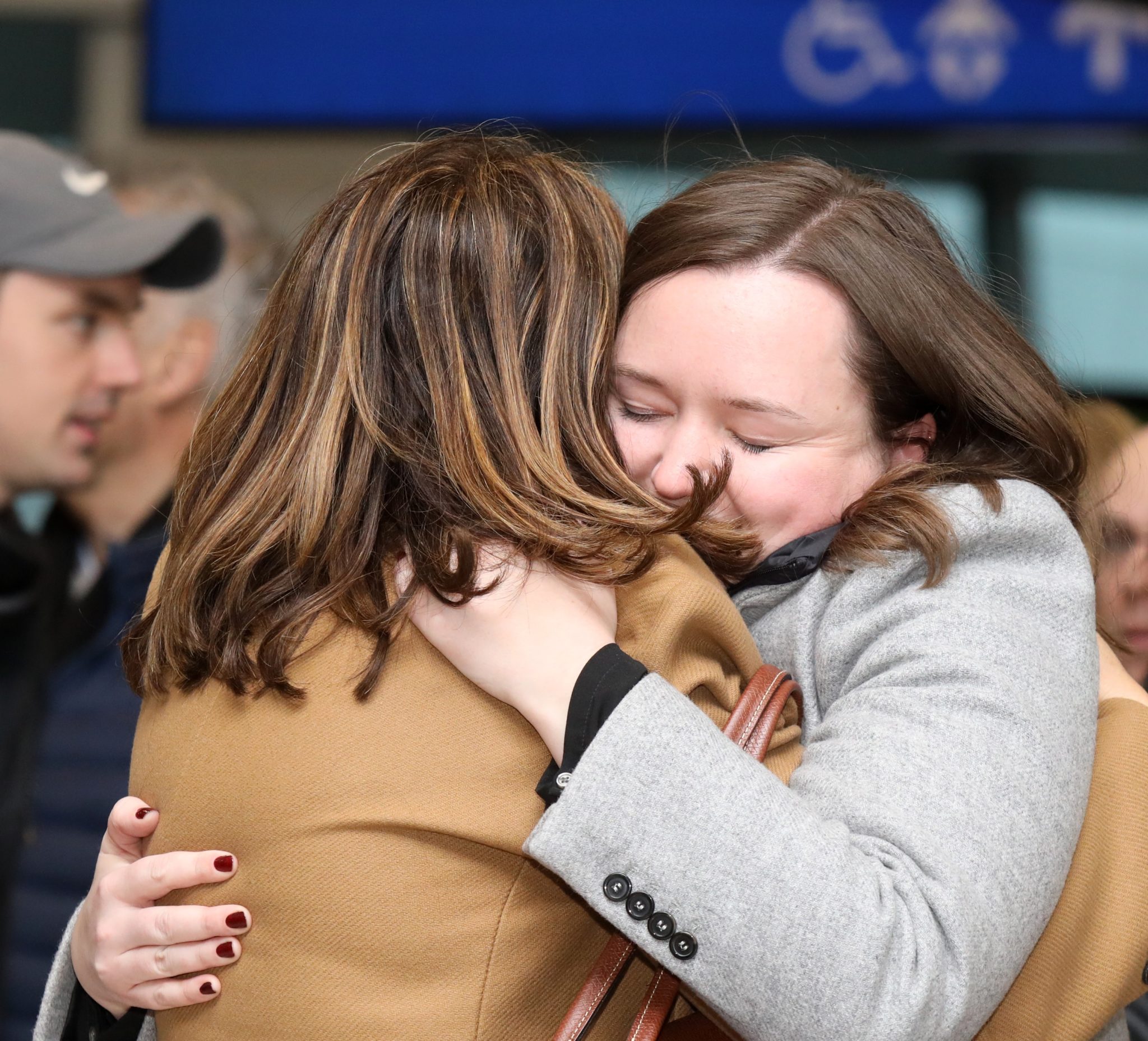 Shauna Reynolds hugs her mother Donna at Dublin Airport's Terminal 2 as she arrives home for Christmas from New York in December 2018.Picture by: Leah Farrell/RollingNews.ie

Referring to the EU traffic light travel system, he added: "If I was to guess I'd say there probably won't be many countries on 'green' by the time we're talking about Christmas flights.

"I think it'll be difficult for very many countries to be anything other than 'red' at that point in time".

"I think in terms of people booking flights for Christmas to come home, I'd advise them not to do that at the moment.

"I know that's difficult, I know that's tough but Christmas is six weeks away - and it's too soon now I think for people to be booking flights to come home".

"It's going to be a very different Christmas this year to previous years.

"Obviously the airlines have been looking at advanced bookings for a number of weeks and months now, so they're not seeing a huge degree of interest up until now.

"So we know there'll be very few flights operating this year - so there is going to be very constrained capacity by the airlines flying in and out of the State this year.

"For those that do want to fly home, I would suggest that they need to look at booking their flights now.

"But I think it's going to be a quieter Christmas than we've seen for many, many years".