The British government has backtracked on plans to grant an amnesty from prosecutions related to the Troubles in Northern Ireland.

The announcement was part of the 2022 Queen's speech, which sets out London's legislative agenda for the year ahead.

The speech was read on Tuesday by Prince Charles, as Queen Elizabeth II is experiencing "mobility problems".

The 96-year-old queen is understood to have watched proceedings on television.

The previously-announced amnesty from Troubles prosecutions will now be conditional on cooperation with a new commission.

In the speech, British Prime Minister Boris Johnson commits to "prioritise support for the Belfast (Good Friday) Agreement and its institutions, including through legislation to address the legacy of the past."

The new Independent Commission for Reconciliation and Information Recovery is to be established.

This will enable individuals and family members to "seek and receive information" about Troubles-related deaths and serious injuries.

It will also produce a historical record of what is known in relation to every death that happened during the Troubles.

Outlining the changes, the speech notes: "The government has listened carefully to a range of views on the original proposal and it is clear that a model where immunity is only provided to individuals who cooperate with the new commission provides the best route to give victims and their families the answers they have sought for years as well as giving our veterans the certainty they deserve.

"This still leaves open the route of prosecution if individuals are not deemed to have earned their immunity."

The Northern Ireland Troubles (Legacy and Reconciliation) Bill will fulfil a commitment "to address the legacy of Northern Ireland's past by providing better outcomes for victims, survivors and their families, giving veterans the protections they deserve and focusing on information recovery and reconciliation", it says. 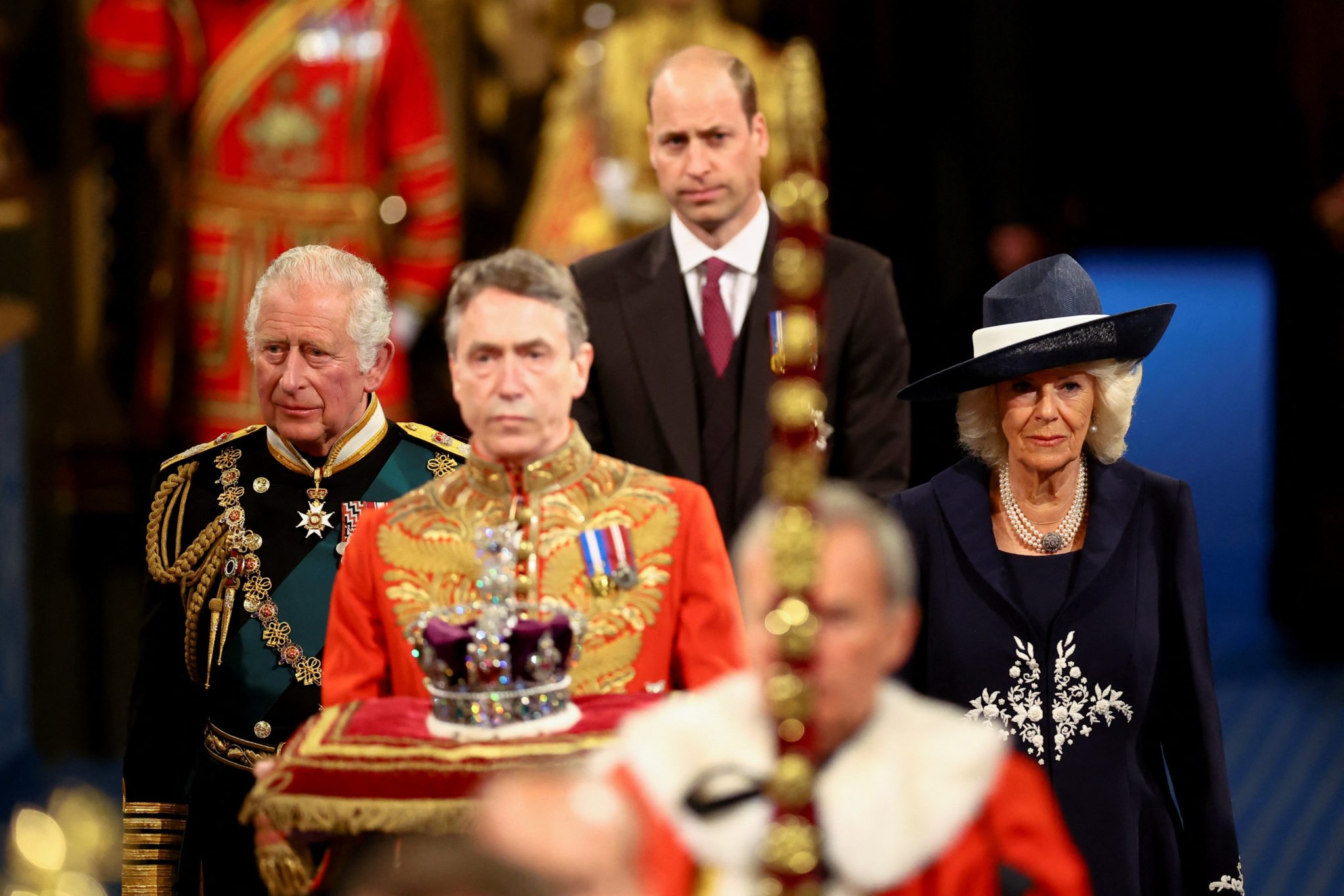 Prince Charles, his wife Camilla and Prince William attend the state opening of the British parliament in London. Picture by: Twitter/@ClarenceHouse

There was also a commitment made to help protect the Irish language in Northern Ireland.

It says this will "recognise and celebrate Northern Ireland's national and cultural identities and accommodate cultural differences."

It adds that it will also enhance and develop the "Ulster Scots/Ulster British tradition in Northern Ireland and recognise and protect the Irish language."

The main benefits of the bill would be to encourage reconciliation, tolerance and meaningful dialogue between those with different national and cultural identities.

There would also be "appropriate support" for the respective needs of the Irish language in Northern Ireland.

Mr Johnson also focused heavily on the economy, but warned that his government cannot "completely shield" people from spiralling costs.

In all the speech contained 38 bills - including seven measures scrapping European Union regulation.

British MPs will debate its contents for the next six days.

Main image: Britain's Prince Charles is seen at the opening of the parliament at Westminster, London on May 10th 2022. Picture by: Twitter/@ClarenceHouse