The three family members who died in a suspected murder-suicide in north Kerry have been named lo...

The three family members who died in a suspected murder-suicide in north Kerry have been named locally.

Eileen O'Sullivan and her 23-year-old son Jamie were shot dead at their home in the townland of Ballyreehan, near Lixnaw, on Tuesday night.

The body of Eileen's partner, Mossie, was found in a nearby field alongside a shotgun shortly afterwards.

It is suspected Mossie shot Eileen and Jamie before taking his own life, but this has not yet been confirmed.

Gardaí say they are not looking for anyone else in relation to the killings, but do not yet have any motive. 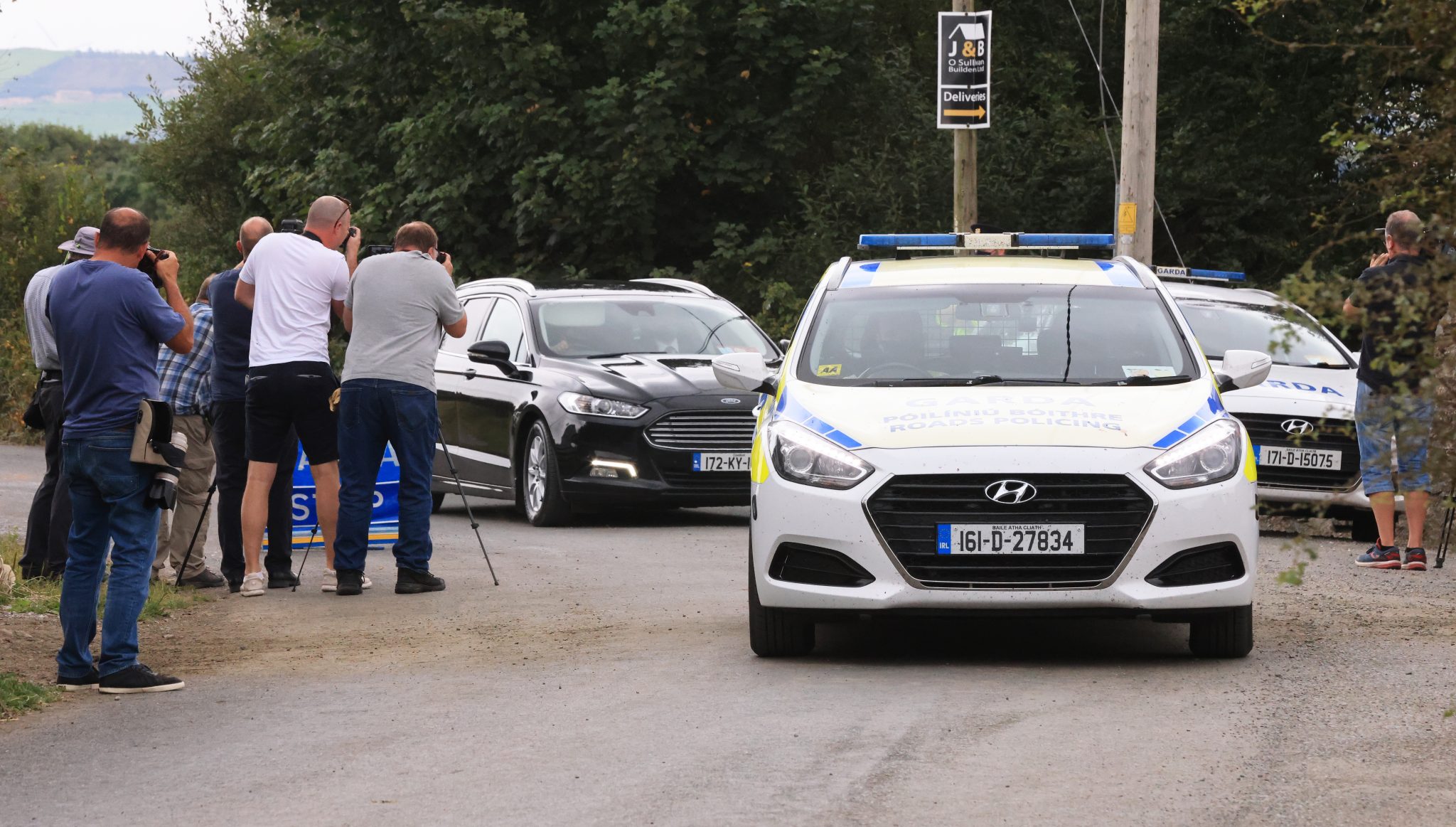 Garda cars escort cars carrying the bodies of three people past waiting media and away from the scene on the approach road to Ballyreehan, Lixnaw in Co Kerry. Picture by: Eamonn Farrell / RollingNews.ie

"This is a very decent, well respected family who were not previously known to us and would be well regarded in the community.

"The circumstances of this are at the moment we don't have a motive, and again we're appealing to people in the community that have any information to come forward to us.

"The bodies have removed for a post mortem - the results of that post mortem may assist us in defining a timeline of how long the bodies may have been there.

"But again, for that reason, we're appealing to the people in the community that have any information in relation the deceased in this house - or indeed the incident itself - to contact us at Listowel Garda station."

"It really is an upsetting and terrible tragedy.

"There is a real sense of shock and sadness in the area. It is something that is hard to get your head around.

"We want to offer all our sympathies to the wider, the neighbours and the community here in Lixnaw and they have our support at this moment in time."