Nightclubs could stay open until 6am under new legislation

Nightclubs could remain open until 6am under new legislation being brought forward by the Governm...

Nightclubs could stay open until 6am under new legislation

Nightclubs could remain open until 6am under new legislation being brought forward by the Government.

At present, nightclubs must close by 2.30 in the morning.

However, Minister for Justice Helen McEntee is mulling the proposal as she prepares to bring new legislation before the Oireachtas.

People who worked in pubs and clubs felt hugely demoralised during the acute phase of the pandemic; restrictions changed almost at a moment's notice and last year Pádraig Cribben, the Vintners' Federation of Ireland's Chief Executive, predicted that there could be "a lot of businesses who will not survive the barren months of January and February 2022." 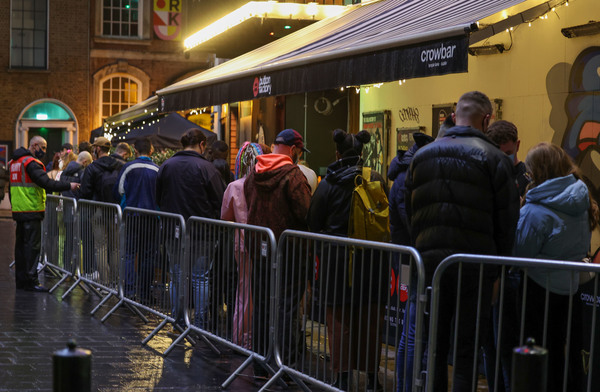 Pictured people wait outside the Button Factory where a Pilot Nightclub is taking place to test out numbers etc ahead of re opening of nightclubs after the pandemic Photo: Sam Boal/Rollingnews.ie

Now industry insiders say the proposed change would be a big boost to Ireland’s night time economy and are optimistic that it will be approved:

“I don’t think anything can derail the momentum that is now behind this will for change both from the public and from within the Government as well,” Sunil Sharpe, spokesperson for the Give Us the Night campaign, told Newstalk.

“But the Government has to be strong on this. In the past there were last ditch attempts to derail licensing bills and the current licensing bill that we’re talking about - the Sale of Alcohol bill - was first drafted back in 2005.

“That’s how long this has taken to be pushed through.”

A report by the Night-time Economy Taskforce also recommended that Dublin needs more 24 hour bus routes and that bus services in other cities should be made more regular.