Part of an airport runway in New Zealand has been painted in the colours of the rainbow to celebr...

Part of an airport runway in New Zealand has been painted in the colours of the rainbow to celebrate Pride.

LGBTI activists from across the world will come together and discuss the future of the movement.

Wellington Airport has painted a 3,000 square metre pride rainbow, roughly the equivalent to eight netball courts, along the grass embankment of its runway.

The airport's CEO Steve Sanderson said: "We're looking forward to welcoming those attending the events and being part of the celebration of diversity and inclusion around the capital.

"Wellington Airport is a sponsor of the ILGA conference and proud supporter of community events like the Wellington Pride Festival". 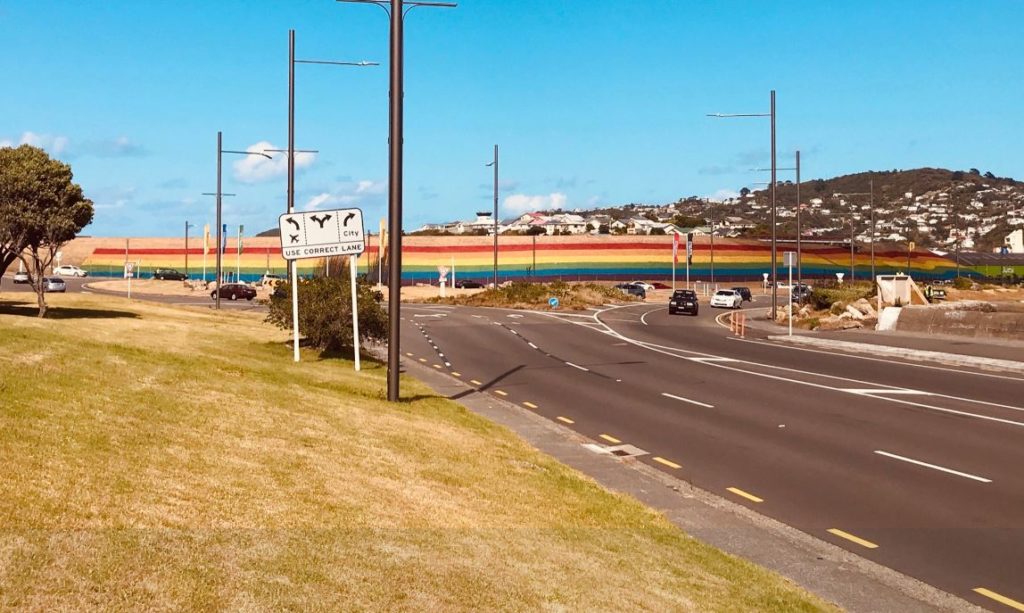 The embankment area has been painted with special temporary turf paint which lasts about three to four weeks.

It displays each of the six traditional and symbolic pride colours.

Wellington Mayor Justin Lester said: "Wellington is one of the most inclusive cities on the planet and we want to show our pride at holding the ILGA World Conference.

"Last year we painted the Rainbow Crossing on Dixon Street - it's not quite as big - to show how we embrace everyone.

"The airport rainbow will be the first many ILGA attendees see and I am sure it will make them feel welcome."

Painting the rainbow took around three days to complete.

A time-lapse video was created to capture the painting process.

Well done #Wellington ????! A great way to show the international #aviation community's commitment to diversity and inclusiveness, and just in time for international #ZeroDisrimination day too (1 March)!

Yes it does. It helps warm the hearts of the people who support and are part of the LGBT community it, far more than a few hundred dollars of donated money could. Symbolism is important.

You can see this from the motorway. I was it as I was driving home today from petone