Ossian Smyth says households can get grants of up to 80% for insulating cavity walls and an attic.

A junior minister says the new retrofit scheme will benefit people doing smaller upgrades of their homes, alongside those doing a full 'deep retrofit'.

The Government unveiled details of its national retrofitting grants yesterday, as part of efforts to see 500,000 homes upgraded to a B2 Building Energy Rating (BER) by 2030.

It will provide increased grant levels of up to 50% of the cost of a typical deep retrofit to a B2 BER standard - up from 30%-35% grants currently.

A deep retrofit refers to a major overhaul of a home, involving multiple energy upgrades at the same time.

However, there will also be a special enhanced grant rate - equivalent to 80% of the typical cost for attic and cavity wall insulation - for all households.

That means households looking to do individual upgrades or a series of upgrades over a longer time will also be able to benefit. 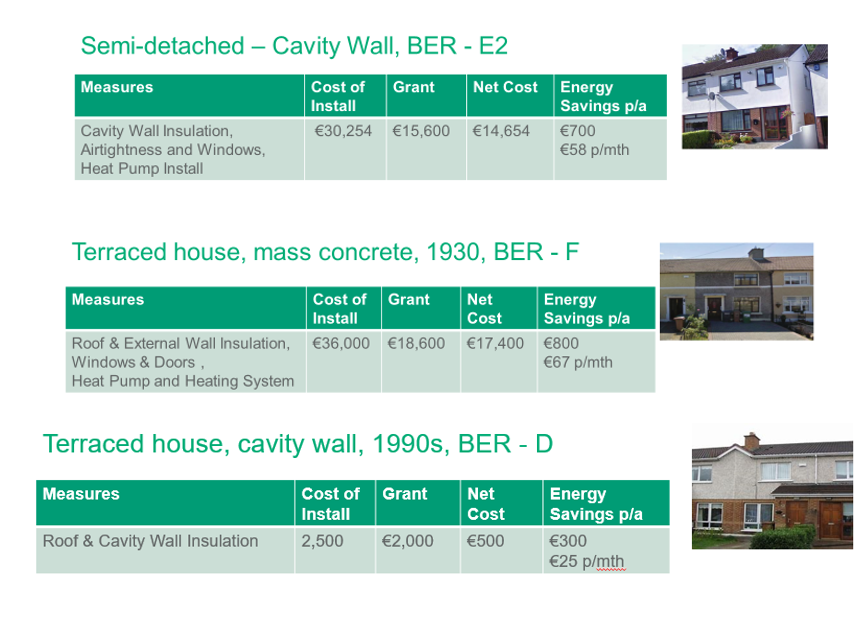 Examples of the grants available under the new retrofit scheme

Green Party junior minister Ossian Smyth told Newstalk Breakfast this a significant change in the approach to grants for those sort of home upgrade projects.

He said: “It’s a big change in the size of the grants, but it’s also targeted at people who don’t want to do the €50,000 deep retrofit job, but want to do something smaller.

"That’s an 80% grant in that case and a much more manageable amount of money.

“The benefits for the person at home is not just that it makes your home warmer, but it also reduces your bills, makes it a healthier house, increases the value of your house. Finally, it’s good for the environment.”

There has been some criticism of the plan announced by the Government yesterday, including from opposition groups.

Social Democrats TD Jennifer Whitmore, for example, pointed to the shortage of qualified construction workers available to do the upgrades.

She also suggested many households will still face a "large upfront cost" when looking to do a deep retrofit.

Responding to those criticisms, Minister Smyth said workers are being trained up to do the work needed.

He said 2,500 were trained up last year, while there'll be another 4,500 training places this year.

The Green Party politician also noted that apprenticeships can now also be applied for through the CAO, and the long-term nature of the new plan means there will be guaranteed jobs in the sector into the future.

Meanwhile, he also noted that people in lower-income households will be able to benefit from the scheme.

He said that means home upgrades will be "entirely free" for people in those categories who avail of these new grants.