The Direct Provision system will be phased out and replaced by the end of 2024 under a new Govern...

The Direct Provision system will be phased out and replaced by the end of 2024 under a new Government plan.

A long-promised white paper on ending the 'expensive and inefficient' Direct Provision system has been published, pledging that the current system will be replaced with a new not-for-profit international protection support service.

It is intended that international protection applicants will have 'greater support and greater autonomy' under the new system.

The new model proposes a two-phase approach to accommodating applicants.

In phase one, the applicant will be accommodated in a Reception and Integration Centre - but for no longer than four months.

Those centres will be specially built, and operated by not-for-profit groups on behalf of the State.

The focus in this phase will be on identifying needs, defining pathways and linking applicants to appropriate services.

After four months, anyone whose protection claims are still being processed will be moved to own-door or own-room accommodation in the community, and will pay a means-tested rent.

They will be able to seek work after six months.

In the second phase, the emphasis will be on fostering an independent life within the community.

A new international protection payment will also be available as an 'income support' for people once they move to independent living accommodation - likely around €200, in line with the supplementary welfare allowance rate.

It is hoped there will be a "very significant" reduction in international protection application times - with a first instance decision within six months, and all decisions made in average within 14 months.

The Government says under this new system, people who are applying for protection will be helped to "integrate into Ireland from day one" with health, housing, education, and employment supports.

Women passing through the international protection process will also be able to avail of "the same healthcare supports as Irish nationals" - including reproductive care, antenatal, birth and postnatal care and cervical checks.

Breast screening will be available for all applicants aged over 50.

While specialist refuge accommodation within the system will be made available for those who need to relocate away from an abusive or violent relationship.

"It's going to take a number of years to implement, but we envisage by December 2024 all existing Direct Provision centres will have shut.

He adds that the current system has "rightly been subject to criticism from human rights organisations, activists, and those who are in it and have passed through it".

"This is a new approach to supporting the needs of international protection applicants in Ireland.

"It will be run on a not-for-profit basis, and in order to be truly transformative, it will rely on strong engagement and cooperation between the State and not-for-profit organisations." 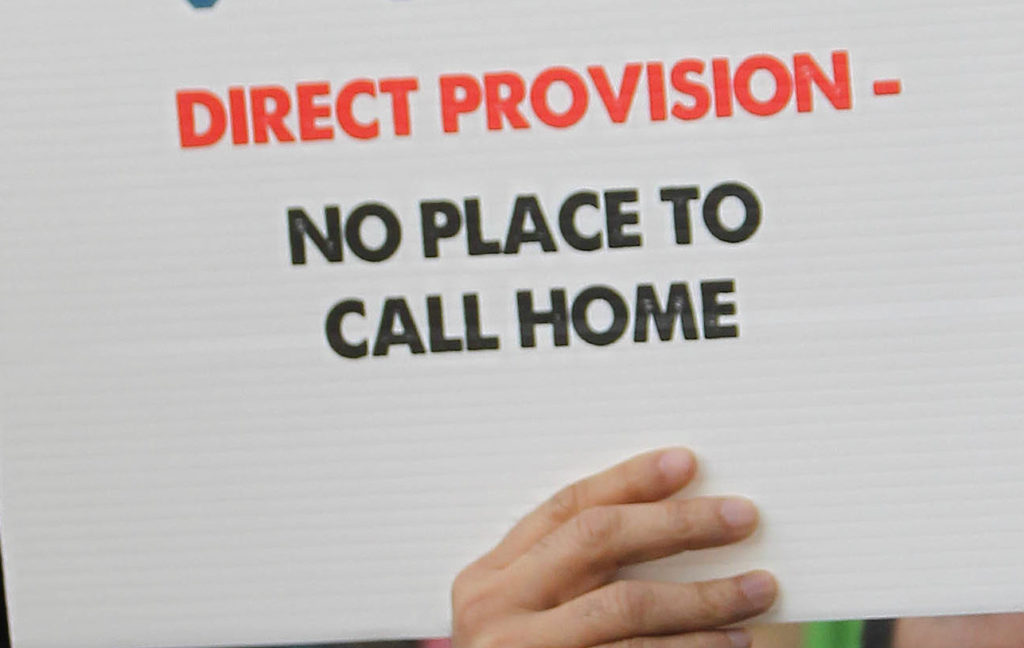 The United Nations Refugee Agency (UNHCR) has welcomed the plan.

It says it is "a significant shift in policy aimed at maximizing the integration of refugees."

However it warns that deteriorating processing times, a continued reliance on emergency accommodation and shortages of housing risk hampering efforts.

Enda O'Neill is head of office with UNHCR Ireland: "The white paper on Direct Provision is a welcome, ambitious plan that has the potential to radically transform the integration outcomes of refugees in Ireland.

"In moving away from accommodating people in centres, some of which are in isolated locations, the new system promises a model which integrates access to services into existing community settings that will promote positive links between refugees and their communities."

But the UNHCR says the effective operation of the accommodation system for asylum seekers could only be achieved by providing 'fair and fast procedures' for deciding on their cases.

Currently, most asylum seekers can expect to wait a minimum of 18 months - and many far longer for a final decision.

"They benefit governments by reducing procedural costs while respecting human rights principles, and decrease the overall demands on the reception system.

"Equally, it is important to the credibility of the entire asylum system that those who are found not to be in need of international protection can be returned promptly to their country of origin in safety and with dignity."

The UNHCR has also urged the Government to put an end to the use of emergency accommodation and to appoint an independent inspectorate to monitor new standards in existing centres.