A creative project from Galway City Council has seen the number of dog poo left behind drop by ov...

A creative project from Galway City Council has seen the number of dog poo left behind drop by over 50%.

It involves tasking volunteers with spray painting around the so-called 'presents' to warn passers-by.

An illuminous, chalk-based spray is used.

The council has coupled the paint with a wider advertising and poster campaign to highlight the issue.

The local authority planned a six-week trial in black spots.

Labour Party coucillor in Galway city, Níall McNelis, told The Hard Shoulder it has been a success.

"Over a period of time... we then marked out loads of circles in various parks across the city, and then after a period of time, I think those dog owners saw exactly what was happening - they saw how much the circles were being placed in the area - and the incidents of dog dirt has began to drop.

"That's not our job to go and clean up after somebody else, that's the dog owner's job.

"That was the intention of it: to highlight the fact that if you've got a dog, you should be cleaning up after your dog, somebody else shouldn't have to. 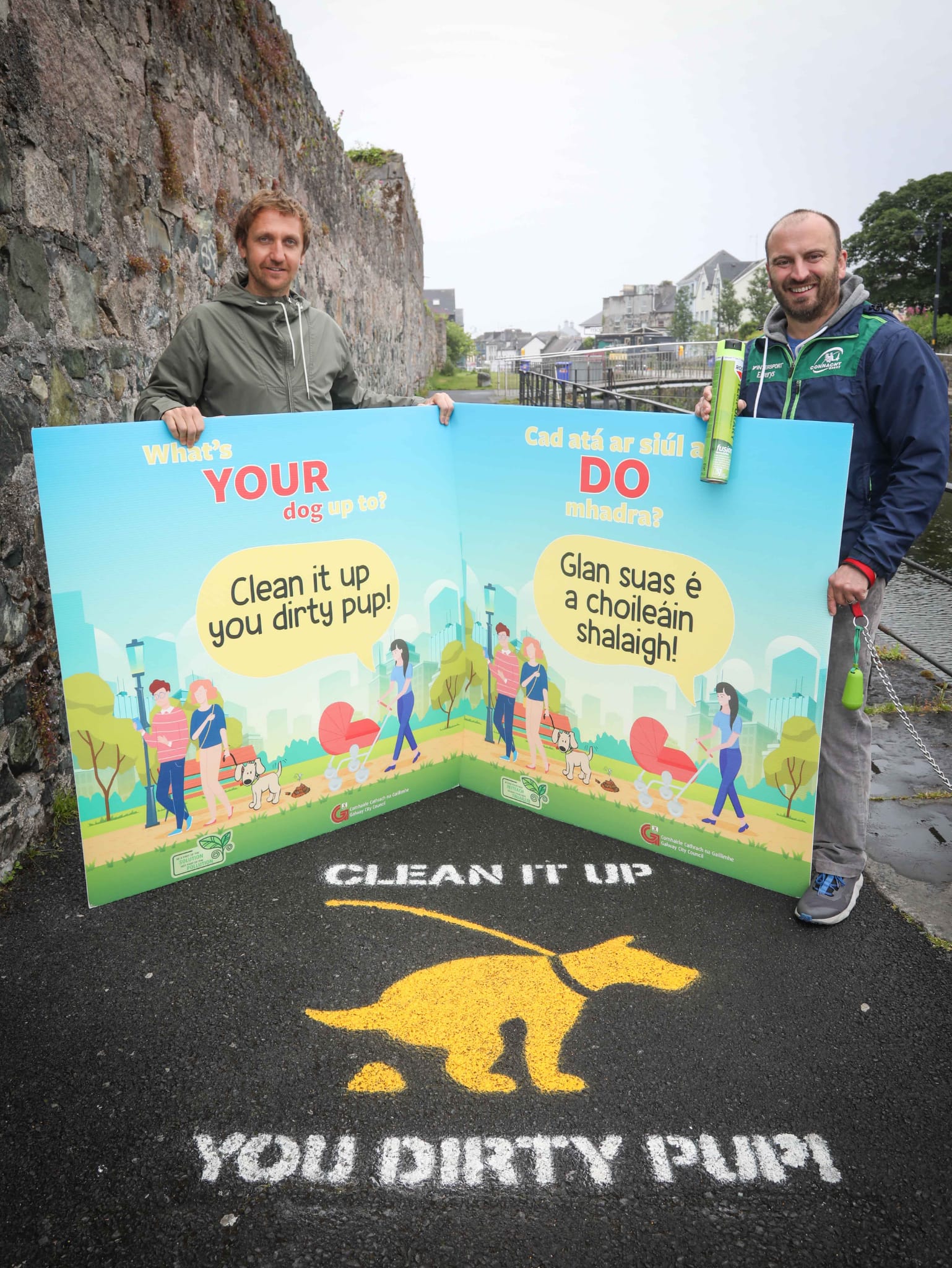 "And also we spray-painted very big images of a dog making a poo with the slogan 'Clean it up you dirty pup'.

"We got a bit of stick at the very start of it, people were saying 'it's a waste of money, it's the wrong way to do it, fine them all'.

"But we've had the arguments about going off, looking for DNA of a dog and sending it back to them in the post - that's never going to happen.

"But by bullying or showing the person how bad they are by not cleaning up after their dog, about how bad the incidence was in a particular area people are now actually picking up their poo".

He says there seems to have been a psychological response.

"By putting the spray paint on to an area that they were walking in, which is a community area, and saying 'You're the problem here - by you not cleaning up after your dog, this is what's been left behind'.

"It has triggered some type of emotion that people have now actually turned around and maybe avoid the area where we've done this and chosen somewhere else.

"But from what we can see is that they're actually cleaning up after themselves... and that's something that we're delighted with".